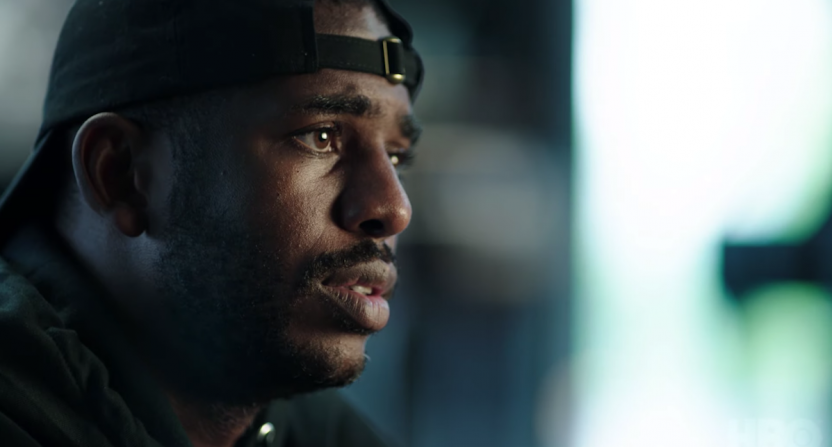 HBO Sports’ new documentary The Day Sports Stood Still arrives approximately one year after the NBA suspended its 2019-20 season amid COVID-19 fears, beginning a shutdown that eventually affected all of sports and society at large.

Yet the documentary feels as if it’s airing too late, premiering on HBO nearly two weeks after news coverage noted the one-year anniversary of COVID-19 being declared a global pandemic and countries going into lockdown.

Perhaps that’s an unfair criticism, especially for viewers that haven’t watched the many one-year retrospectives on news and sports networks or don’t mind being reminded again. However, the footage shown in Antoine Fuqua’s documentary could feel repetitive for many and thus less compelling.

That’s not to say the occasion shouldn’t be noted. The events leading up to March 11, 2020, when the Utah Jazz’s Rudy Gobert tested positive for COVID-19, prompting the cancellation of a game between the Jazz and Oklahoma City Thunder and the NBA’s subsequent announcement of the season being suspended. Those watching at the time will surely remember how quickly the world changed, how uncertain and surreal these events felt.

Additionally, being reminded of just how much sports culture experienced during the past year provides a surprising recollection. So much happened despite games not being played.

There was the NBA’s initial shutdown. College basketball, the NHL, and MLB soon followed. Watching athletes train at home with household items for equipment was amusing and inspiring. There were discussions and doubts as to whether or not sports would return in 2020 — or beyond. And once sports did resume, athletes expressed their outrage and awareness over racial injustice, police violence, and systemic racism.

NBA guard Chris Paul was a key figure throughout many of these events. He was on the court when the Jazz-Thunder game was canceled. As president of the NBA Players Association, he was the voice for concerns about safety and using the game’s platform to protest the killings of George Floyd, Breonna Taylor, and Jacob Blake. And as an executive producer for this documentary, Paul gets the most camera time in sharing his views on what happened during the past year.

So is Los Angeles Dodgers outfielder Mookie Betts, who mentions that speaking out on Black issues was difficult in playing a predominantly white sport. The documentary would have benefited from much more of his input. Fuqua also overlooks the role that money (and tensions between players and team owners) played in Major League Baseball’s return, a factor that applied to all professional sports.

That sort of first-hand perspective is the only thing The Day Sports Stood Still really offers that feels particularly new. To be fair, Fuqua was limited by COVID-19 restrictions, had to interview nearly everyone virtually, and relied heavily on archival footage.

But the few moments when the film pushes deeper into personal experiences truly stand out, such as when Paul can’t interact with his children until his COVID-19 test results return. Or Minnesota Timberwolves star Karl-Anthony Towns sharing his feelings on his mother’s deteriorating condition after contracting the coronavirus.

A truly compelling documentary will be made about the day when the NBA shut its season down and signaled to everyone how serious the COVID-19 pandemic was. Yet this effort isn’t quite it. Maybe we just need more distance from it as viewers and creatives to bring those stories into focus and place them in proper context. We probably need more distance from COVID-19 and the hold it continues to exert over our culture. We’ll get there eventually.

The Day Sports Stood Still premieres March 24 at 9 p.m. ET on HBO and HBO Max. The documentary will be available on-demand March 25.