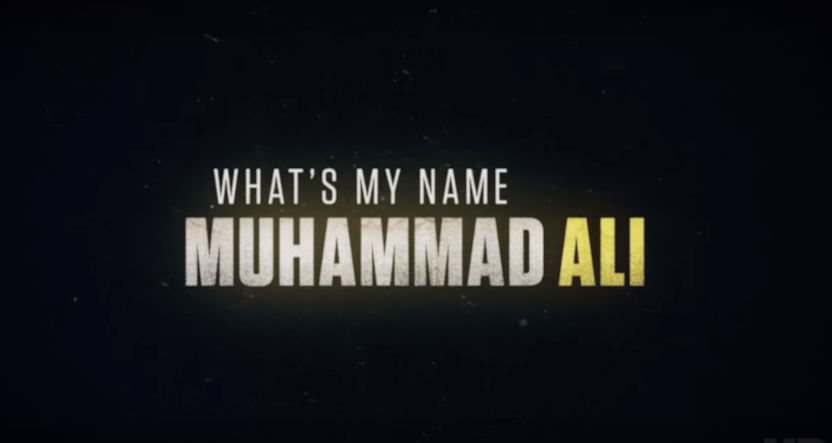 There’s been a lot of hype building for HBO’s upcoming two-part Muhammad Ali documentary “What’s My Name,” directed by Antoine Fuqua (Training Day, Tears of the Sun, the 2016 The Magnificent Seven remake and more) and with LeBron James and Maverick Carter as executive producers. A first teaser trailer for it debuted in September, along with the promise of an “early 2019 release,” and Tuesday saw the announcement that it will premiere at New York’s Tribeca Film Festival (which runs from April 24-May 5). On Wednesday, HBO announced that it will premiere on their network Tuesday, May 14, with both chapters airing back-to-back. And they also released a new teaser trailer, appropriate considering that this is the 55th anniversary of the announcement of Ali changing his name:

The two-part HBO Sports documentary WHAT’S MY NAME | MUHAMMAD ALI, chronicling the extraordinary life of one of the 20th century’s most iconic figures, debuts TUESDAY, MAY 14 (8:00-10:40 p.m. ET/PT), with both chapters airing back-to-back in a special television event.

We’ll see how this documentary turns out, but it’s certainly building some buzz given the interest in Ali’s story, Fuqua’s resume, and the involvement of James and Carter.