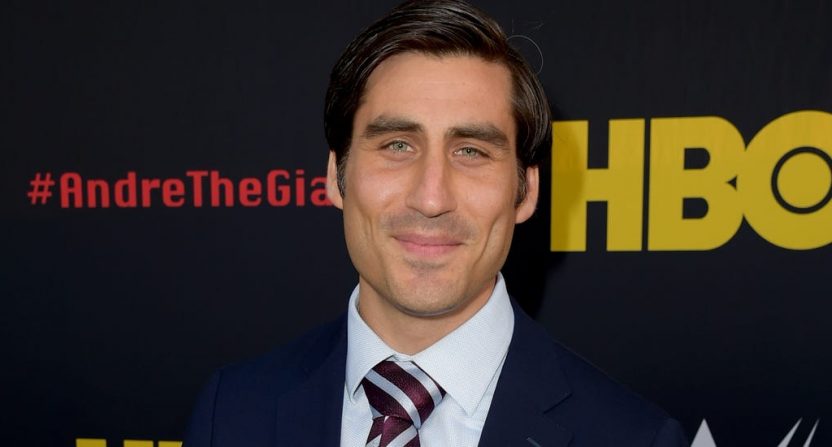 Awful Announcing has learned that HBO Sports president Peter Nelson is leaving the company. Nelson’s departure, which is not being termed as a layoff, comes at a time where HBO’s parent company, AT&T,  has enacted a significant layoff of a reported 600 people across their portfolio of media brands.

We’re told Nelson left the company “on his own terms” which can be interpreted in many different ways. However the popular conjecture is that Nelson and HBO’s motivation for the parting may boil down the fact that HBO Sports’s internal significance and ambitions have been trending down for the past decade as we’ve seen the network walk away from boxing and have inconsistent documentary output

Additionally, programs like Inside the NFL and 24/7, which focused on the behind-the-scenes leadup to The Winter Classic and various big-time boxing matches, have also exited the network. Although HBO still owns the brand 24/7, it’s more or less defunct at this point. Essentially, the role of HBO Sports President was decreasing in oversight and influence internally, and Nelson is believed to have preferred to exit rather than having a smaller toehold within HBO. We’re told that the restructuring taking place is ongoing and it may take a bit before a new lay of the land is established in terms of structure and strategy.

HBO Sports still has two anchors in their portfolio in Real Sports and Hard Knocks, in addition to their documentaries which have been on a bit of an upswing of late after really ceding the space to ESPN’s 30 for 30 series earlier in the decade. But Hard Knocks is almost entirely overseen and produced by NFL Films, and we’re told documentaries and Real Sports oversight will now fold into existing HBO groups with documentaries likely folding into HBO’s existing documentary group.

Nelson was well-known and well-respected within media circles, and he was cited as a key figure in the acquisition of many of HBO’s recent documentaries. But he made headlines beyond the usual media circles when his connection to former Barstool Sports podcaster, Sofia Franklyn came to light. He was reported to be dating Franklyn and angling for her exit from Barstool, and that triggered a tsunami of backlash from Barstool’s tribal readership. Franklyn eventually exited the company, while her co-host Alexandra Cooper opted to stay and renew with Barstool on a more lucrative contract.

Tomorrow HBO will debut a new season of Hard Knocks, a staple of sports media content and one Nelson negotiated to stay with HBO just a few months ago. While HBO Sports has always consistently put out great content, the quantity of that output has trended the wrong way for quite some time. Nelson’s departure and the ongoing restructuring doesn’t inspire confidence that we’re at the end of that trend, but perhaps priorities will change. HBO is now tuning their content strategy with streaming product HBO Max as a focus and we’ll see what that means for the sports side and without an internal champion for sports helming that content.