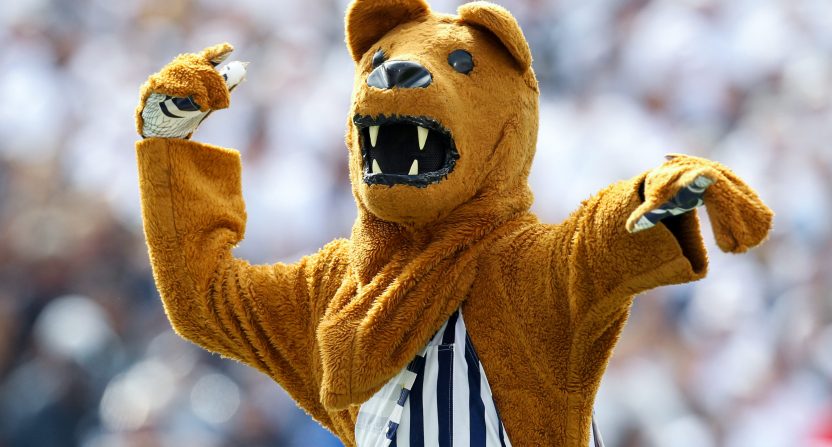 On Wednesday, HBO officially announced their college football 24/7 series, which was rumored a month ago. The initial report listed Penn State, Arizona State, Washington State, and Alabama as the four programs that would be featured, but the fourth team will actually be Florida instead of Alabama.

HBO Sports’ landmark franchise 24/7 breaks new ground this October when it launches an all-access college football series chronicling four programs in-season – Florida, Penn State, Arizona State and Washington State – as they meet the demands and challenges leading up to and through gameday, it was announced today by Rick Bernstein, executive producer, HBO Sports.

“For many years, we have been enamored with the storylines and unrivaled traditions of college football, and we’re excited for the opportunity to expand the 24/7 franchise into the realm of college sports,” said Bernstein. “Viewers will feel the tremendous electricity of some of the best atmospheres in the country, and see the meticulous preparation and challenges facing these programs in the build-up to gameday and during the game action. We are excited for the challenge of delivering a four-part series of four different college programs over a four-week period with the production values and storytelling associated with our 24/7 franchise.”

Filming will take place with each program for a week, leading up to a game on each team’s schedule. The episode consisting of the week of filmed content will air on the Wednesday following the featured game.

The first episode, featuring Florida in their lead-up to Week 5’s matchup with Towson, premieres on October 2nd.

Here’s the full schedule of the series, again per HBO.

Some of the scheduling here is disappointing, but HBO was probably handcuffed by what the programs wanted to share. All four of the games are home games for the teams being filmed. Both Florida and Penn State play much more appealing opponents in the weeks following their filming (Auburn and LSU for Florida, Iowa and Michigan for Penn State) than the week they’re going to be filmed. I think it would have been cool to have something like a double episode for the Arizona State-Washington State game, with both teams’ prep being combined in a two-hour episode, but instead, we’re getting to see the lead-up for Arizona State and the lead-out for Washington State.

The good news is that a number of experienced personnel are attached to the product. Bo Mattingly, who was a producer on ESPN’s Kansas football and Alabama football series, is one of the executive producers of the series, and HBO VP Bentley Weiner (a veteran of HBO’s 24/7 series) will be leading the network’s production team.