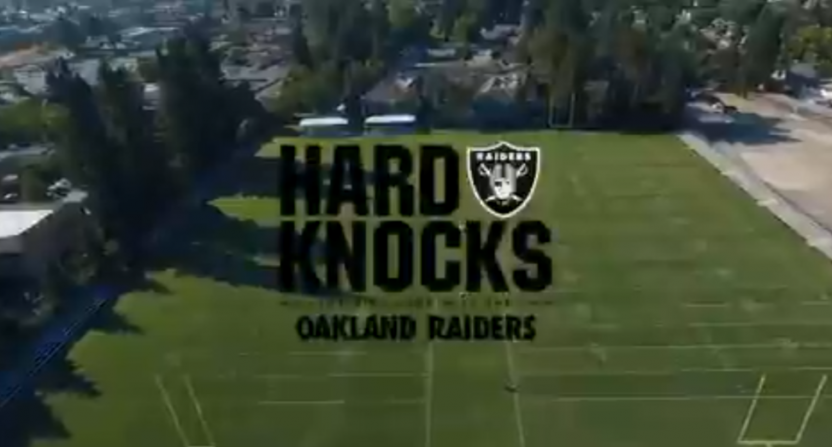 There’s no shortage of extra-access series out there, including in the college football realm, but reports this week suggest HBO’s working on a college football one that’s a bit different from what’s currently being aired and is more like their own Hard Knocks. Arizona State Rivals site DevilsDigest.com first tweeted about this Monday night:

HBO has chosen four college programs to run a Hard Knocks like show later in the season. ASU will be featured during the week of home game versus Washington State who was also chosen for the show along with Penn State and Alabama.

On Tuesday, Theo Lawson of the Spokane-based Spokesman-Review added some more details from the Washington State side:

The show is expected to include many of the same elements as “Hard Knocks” – the unfiltered, uncut reality show that follows one NFL team through training camp every season, offering behind-the-scenes footage and exclusive interviews. “Hard Knocks,” which has teamed with NFL Films, is currently airing its 14th season, this year featuring the Oakland Raiders.

According to a Spokesman-Review source, HBO has already held preliminary discussions about bringing a repurposed, shortened version of the “Hard Knocks” show to WSU, though talks are ongoing and no contracts have been signed. The source did indicate there’s a strong chance the show would be headed to WSU at some point during the regular season.

Penn State statement on Lions participating in possible Hard Knocks-like show: "As we do with all opportunities we feel can enhance our program, we are exploring the prospect of working on this project with the appropriate officials from all parties involved."

There are a few interesting potential elements here, from featuring multiple teams (Hard Knocks focuses on one team each year) to doing this in-season (many college football behind-the-scenes series only run during training camp; Showtime did three season-long A Season With documentaries, but their most recent one was in 2017) to the teams linked to it (Washington State and Arizona State play each other Oct. 12, but Alabama and Penn State aren’t set to play each other this season) to HBO’s involvement. Many of the current crop of these series in major college football have been heavily controlled by the teams themselves, which may not be the case if this lives up to its “Hard Knocks-like” billing. That might provide a more outside and sometimes-critical look at what’s going on, similar to what we’ve sometimes seen with Hard Knocks at the NFL level and with Last Chance U at the junior college level.

Awful Announcing has learned that the show will premiere in October, focusing on a different team each week. The show will feature all access coverage from the week before the game in question, leading up to gameday coverage with the episodes premiering the week after the spotlighted game.

However, this all seems very preliminary at this point, especially with no contracts signed. And there are some challenges with doing this at the college level (especially in-season), with coaches and schools often quite leery of these projects; Showtime’s decision not to run another A Season With in 2018 came with the comment that “This series presents unique challenges for both the team and network. Finding the right team, at the right time, prepared to grant unlimited access when it matters most—in-season—is not an easy task.”

But perhaps a shorter in-season series might be easier to gain approval for, especially if it’s focused across multiple teams. It might be easier to talk teams into having cameras around for a week or two rather than for a whole season, and having them be only part of the focus of the finished product might also help. We’ll see how this all plays out, but it’s certainly a notable development, and something to keep an eye on.