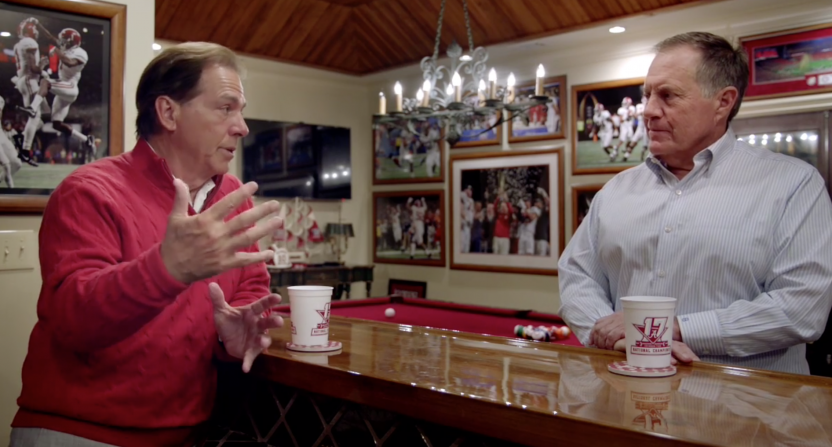 What do fellow football coaches and friends talk about with each other in private moments? HBO’s new sports documentary, Belichick & Saban: The Art of Coaching, which premieres Tuesday at 9 p.m. ET, provides a glimpse of such an occasion as the film begins.

New England Patriots coach Bill Belichick and Alabama coach Nick Saban get together every year after the Crimson Tide hold their pro day for NFL evaluators, and director Ken Rodgers wanted to film one of those meetings to see what those conversations are like. But before the cameras start rolling inside Alabama’s recruiting room, Belichick asks if he and Saban can have a few minutes to themselves for catching up.

The crew leaves the room to let the old friends chat, but an overhead camera is left on and records their conversation. Do Belichick and Saban talk about their families? Their health? How they were affected by the previous season? No, they talk football. Saban wants to know if Belichick has the Patriots playing more 3-4 alignment with sinks and drops on defense. Belichick talks about special teams and fair catches. Schemes and techniques are icebreakers for these guys.

Though you get the feeling that these two coaching titans would like nothing more than to get deep in football talk — about where SAM, MIKE, and WILL linebackers should line up or what they should cover — Belichick and Saban do get more personal when the conversation moves to Saban’s house. They talk about their fathers and how they were raised, the sort of thing that so often determines how a person approaches life and their worldview.

Belichick speaks warmly of his shared background with Saban, of growing up with fathers as coaches and, surprisingly, of their mutual Croatian heritage. How often do you see Mr. Grumpy smile like this? 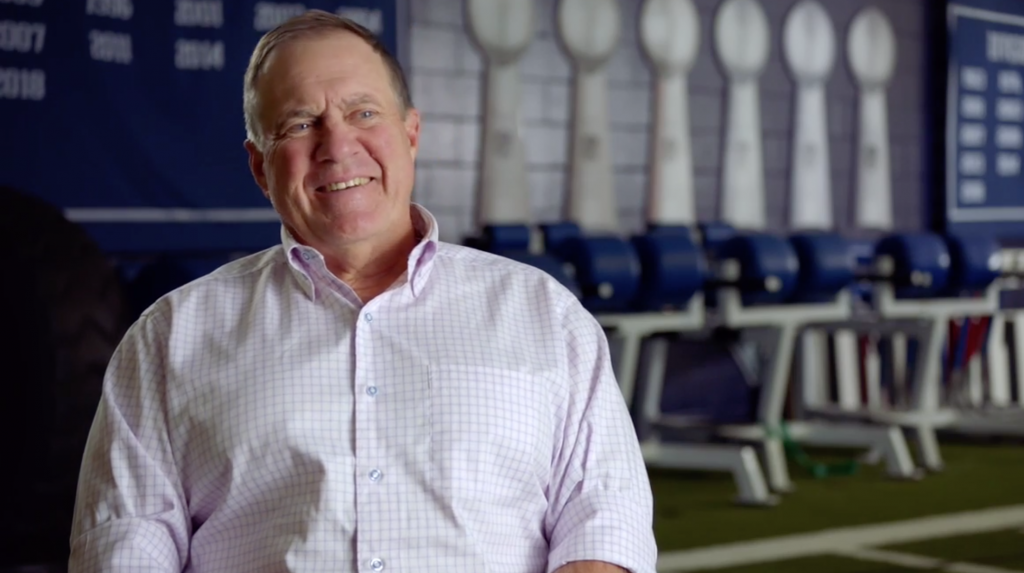 Ultimately, Saban provides more insight and introspection than Belichick in their conversations and during individual interviews. He’s a better talker, more conversational, which could be attributable to coaching younger men and college coaching’s requirements to teach, while also connecting with alumni and boosters. We also learn more about Saban through his wife, Terry, who’s been with him throughout his career and its many stops.

Belichick is more of a solitary figure. He does what he does, and it’s up to his players, coaches, and family (and viewers) to understand him. It’s actually Saban who explains Belichick more than the Patriots coach can do himself. Fans of management and leadership will enjoy Saban describing what he enjoyed most about working for Belichick, how his “Do Your Job” philosophy made expectations clear and created a good working environment.

One of the more intriguing scenes in the documentary comes when Saban talks about the professional respect that is or isn’t shown when assistants go on to take head-coaching positions and try to take other coaches with them to their new jobs. He mentions Georgia and Tennessee as examples where friction developed when assistants whom he helped get a job then try to take away from what he’s built at Alabama. Belichick has encountered the same issues when his coaches get their own teams to lead. 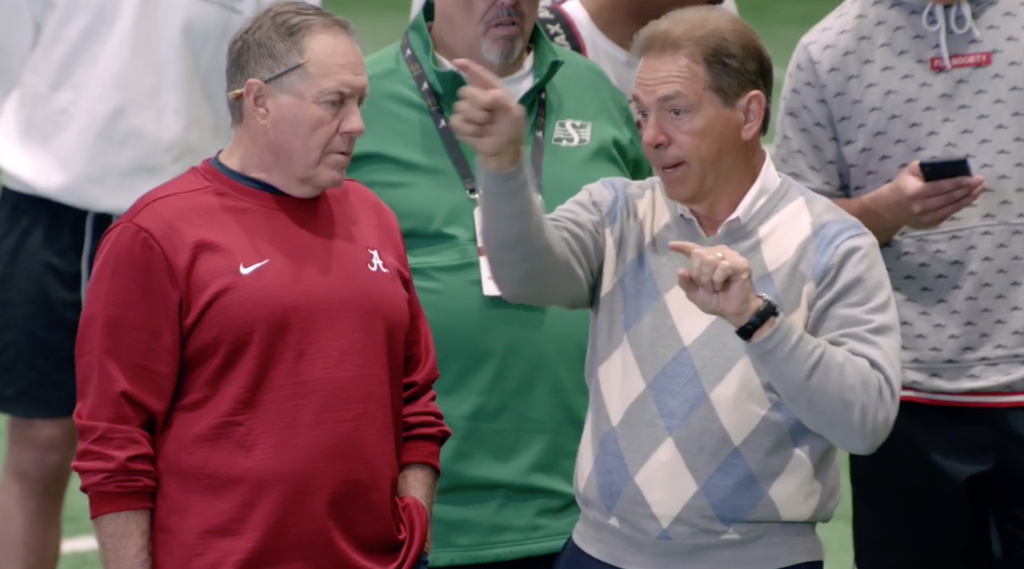 Those looking for insight into Belichick and Saban definitely get that from this documentary. It’s surely what Rodgers envisioned when he proposed filming the two coaches talking about their jobs, careers, and the constant new challenges they face, such as players using social media.

Basically, the relationship goes back to when they first met at Navy and worked together with the Cleveland Browns. Maybe Saban learned more from Belichick at first, and Belichick is learning more from Saban now. They might be the only two people who truly speak each other’s language and get what their jobs are all about. Listening in on their conversation and seeing the parallels in their coaching makes for a fascinating, compelling 75 minutes.

Belichick & Saban: The Art of Coaching premieres Tuesday at 9 p.m. ET on HBO and will be available on demand, in addition to HBO GO and HBO NOW.