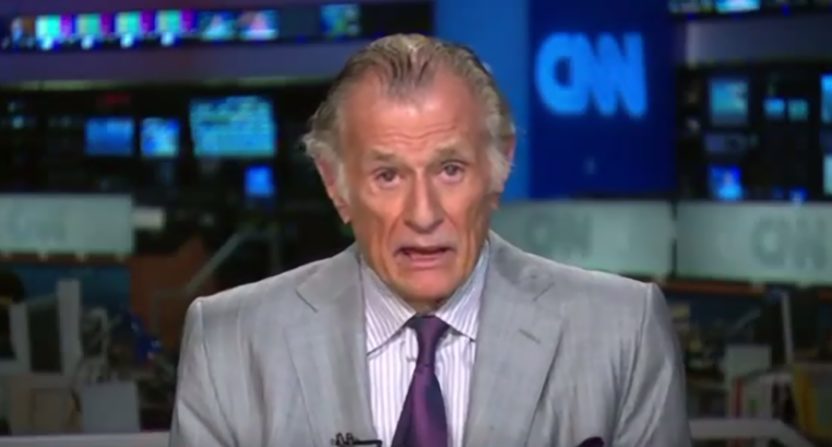 The Washington Post is reporting that celebrated writer Frank Deford has died at the age of 78. Deford’s wife’s told the Post that he died Sunday night in Key West, FL.

He was multi-faceted. Deford was a writer, a contributor to HBO’s Real Sports and a commentator for NPR’s Morning Edition. Frank Deford began with Sports Illustrated in 1962 writing many stories for the publication and authored several books. In 1995, Deford joined Real Sports.

One of Deford’s most memorable stories for Real Sports was this segment on the Miracle League, a baseball league for children with disabilities:

In addition to his reporting for Real Sports, Deford wrote several documentaries for HBO including “Dare to Compete: The Struggle of Women in Sports,” Sports on the Silver Screen,” and “Barbaro.”

But he might have been best known for his weekly commentaries for NPR’s Morning Edition. He had made 1,656 commentaries for NPR on a plethora of subjects dating back to 1980. Deford’s last commentary for NPR came earlier this month when he bid farewell to the Ringling Brothers/Barnum & Bailey Circus and to his listeners.

I have survived so long because I’ve been blessed with talented and gracious colleagues, and with a top brass who let me choose my topics every week and then allowed me to express opinions that were not always popular. Well, someone had to stand up to the yackety-yak soccer cult.

And perhaps just as important, I’ve been blessed with you, with a broad and intelligent audience — even if large portions thereof haven’t necessarily given a hoot about sports. Nothing has pleased me so much as when someone — usually a woman — writes me or tells me that she’s appreciated sports more because NPR allowed me to treat sports seriously, as another branch on the tree of culture.

And now, Ladies and gentlemen, boys and girls, children of all ages, I bid you goodbye, and take my leave.

Deford also did commentaries in the early days of CNN.

At Sports Illustrated, one of his most famous stories (The Boxer and the Blonde) was about boxer Billy Conn who won the girl, but lost one of the most memorable fights in boxing history. Some of his stories have been archived at the SI Vault.

Deford was inducted into the Hall of Fame at the National Association of Sportscasters and Sportswriters. He was also voted six times as U.S. Sportswriter of the Year. Deford won a Sports Emmy in 1988 for his work for NBC at the Seoul Olympics and a Cable Ace Award for writing the HBO documentary, “Arthur Ashe: Citizen of the World.”

Deford had a vast and very successful career in three mediums and it’s likely we won’t see the likes of him again. Deford leaves behind his wife Carol, two children and two grandchildren.