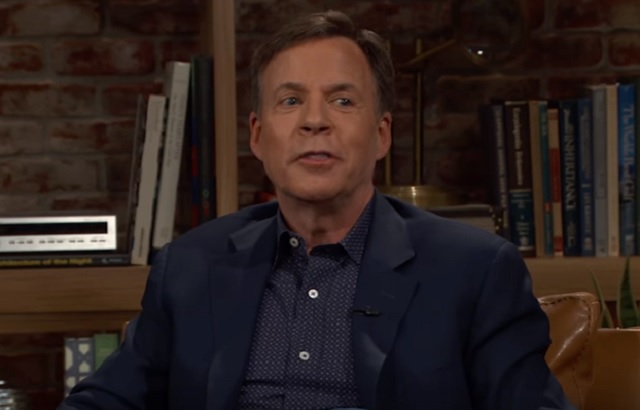 One of the interesting media projects receiving some discussion over the last while is Bob Costas (seen above in 2016) returning to HBO for a quarterly Back on the Record interview/roundtable show. Even that title is a callback, as Costas’ first show there (which aired from 2001-04) was called On the Record. This revival was announced in April, and it got some more discussion recently with the news of ESPN’s Bomani Jones contributing on-camera commentaries and helping to host roundtable segments. The hour-long show premieres Friday night at 11 p.m. Eastern/Pacific on HBO and will also be available to stream on HBO Max, and the debut episode has quite the guest lineup. Here’s more from a WarnerMedia release:

That’s certainly a notable lineup. Costas also spoke to Brian Steinberg of Variety ahead of this, and said his goal is to try and provide segments that will hold up longer than those that air on daily studio shows:

“It’s not an hour-long version of the day-to-day sort of debate that happens all over the dial,” Costas says during a recent interview. “Those have their place, but we are going to be a quarterly show, and each segment has to be about something larger than just the day’s events.”

…The key to standing apart, he says, comes in pressing to get beyond the hot take of the moment. Many people have opinions about sports, but “that doesn’t mean that all of them are convincing, intelligent or insightful or in a nuanced fashion. There is a lot of herd mentality on one side or another,” Costas says. “We have hopes of offering something that, if we do it right, will differentiate us from that.”

We’ll see how the new show works out for Costas and HBO. But there certainly would seem to be an audience for a quarterly sports show done well, and there’s maybe even a larger audience for serious sports programs focused on wider issues now than there was in the past. That may be especially true for HBO now that it has streaming service HBO Max.

HBO also has Real Sports with Bryant Gumbel, which, like Costas’ new show, tries to look at events beyond the news of the day. And the network has been doing a lot of sports documentaries recently as well. And streaming services and less time-sensitive sports content have been a big thing in general, from upcoming series of sports documentaries at Netflix and Hulu to other projects at USA, ESPN, Crackle, Showtime, Apple and more. And a lot of this kind of content makes more sense when there’s an easy over-the-top streaming solution for it; it’s now not just about who’s watching your channel at a particular time or recording it for later, but also about who might come across it later on a streaming service. We’ll see how Back on the Record fits in there and how it’s received, but there does seem to be some logic to this kind of show for a part of WarnerMedia that’s trying to cover sports beyond the day-to-day, and a part of the larger company that’s playing an important role in its streaming service.