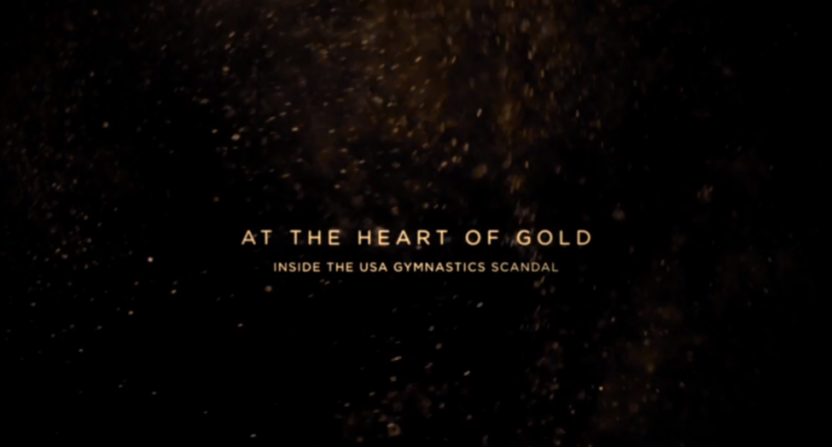 The Larry Nassar scandal, which saw the former USA Gymnastics and Michigan State doctor eventually sentenced to 140-360 years in prison on a variety of sexual assault and child pornography charges, is far from an easy topic to cover in a documentary. The scandal’s resolution is recent, with Nassar’s sentencing only coming in early 2018, and there’s been so much coverage of it that the events discussed here will be quite familiar to many. Moreover, many sports documentaries’ push for viewership involves bringing back good feelings about exciting athletes and moments, and the Nassar saga certainly isn’t that.

But At The Heart Of Gold, the new 90-minute documentary on the Nassar scandal that’s set to premiere on HBO Friday night at 8 p.m. ET/PT, does an impressive job of overcoming those hurdles and presenting new information and perspectives on the scandal, and it will be a worthwhile watch for those who want to know just what went wrong here and how that could be potentially stopped in the future.

At The Heart Of Gold is directed by Erin Lee Carr, who previously directed Thought Crimes: The Case of the Cannibal Cop, Mommy Dead and Dearest, and I Love You, Now Die: The Commonwealth Vs. Michelle Carter for HBO. And Carr’s experience covering criminal cases shows through here; this feels like much more of a true crime documentary than a sports documentary, and that feels like the right approach to take in this case. There’s some footage of the various athletes involved participating in gymnastics competitions, but the majority of the film features new interviews with Nassar’s victims, and the archival footage used tends to be either of Nassar’s various instructional videos, of him with Team USA at particular events, or of the courtroom drama that eventually played out here. And that’s a smart call, as the focus of the story here is Nassar and what he did.

This would be an excellent overview of the Nassar story for those who haven’t followed it closely, as it does a good job of laying out the timeline, the charges, and how he was eventually caught. But there’s a lot of merit to watching At The Heart Of Gold even for those who have followed the Nassar scandal throughout from various media reports, as this documentary presents compelling new information on several fronts. The standout material here comes from the interviews with various victims, and those victims come from a wide variety of ages and perspectives.

Those interviews particularly illuminate not just what happened (which has been well-covered by many following this case), but how Nassar was able to get away with it for so long, including his insistence that his actions were solely medical and professional, the cover he gained from the support of various coaches and administrators, and the way gymnastics’ structure led to a lot of high-level young athletes facing injuries, being told to push through pain, and getting most of their medical treatment one-on-one from Nassar. This documentary provides what you need to know on who, what, where, and when, but its most compelling material may be on why this happened in gymnastics and how Nassar was able to avoid being caught for decades. That makes it relevant both for those who are new to the scandal and to those who have followed it extensively.

Some of the really remarkable comments here come from Larissa Boyce, a gymnast who brought accusations against Nassar to Michigan State gymnastics coach Kathy Klages in the 1990s and saw Klages not only shoot them down and try to convince Boyce she was mistaken, but also tell Nassar about those accusations. Boyce details how hard it was for her to approach Klages about this and how it felt to have her reports not taken seriously, but also how it felt to have Nassar later confront her about what she said and then keep abusing her for four further years. And later, when Nassar was eventually charged, she said she defended him at first and claimed his “treatments” were medical, saying “I was brainwashed into believing that for the last 20 years.”

And that’s a notable theme running through At The Heart Of Gold, and it’s a reason to watch it even for those who are already familiar with the Nassar story. The comments here from the victims interviewed show just how well Nassar worked his way into the gymnastics power structures, and how he made the gymnasts he abused feel he was their friend because of the support he provided relative to the discipline many of their coaches focused on. The narratives here illustrate how Nassar worked the system, and how the many, many reported concerns about him were buried or overlooked. And that’s maybe the most notable focus of this film; it’s not so much about what happened, but about why it happened, and about what measures could perhaps be taken to stop it from happening again.

A smart decision with At The Heart Of Gold is to interview not just victims, but also journalists who had covered the case, specifically Juliet Macur of The New York Times, Rebecca Davis-O’Brien of The Wall Street Journal, and Scott Reid of The Orange County Register. Those journalists provide excellent context on how individual testimonies fit into the wider story and how this all fits in with Michigan State, USA Gymnastics and the United States Olympic Committee. And they also illustrate the young ages of gymnasts relative to other athletes, overall isolation of the USA Gymnastics program under Béla and Marta Károlyi, and how the push for medals and the push for gymnasts to push through pain or be replaced helped give Nassar more access and more control. Another notable interview is Marci Hamilton, the founder and CEO of CHILD USA (a non-profit focused on protecting children), who makes excellent points about the importance of listening to children’s comments rather than instinctively defending adults and about some potential structural actions to stop further cases like this.

At The Heart Of Gold‘s structure is also impressive, illustrating the severity of what’s going on here with an opening montage and then building in relatively-chronological, easy-to-follow fashion towards Nassar’s eventual trial and the victim impact statements read there. And the decisions on what footage to use there are well-considered; there were 156 women who eventually spoke during victim impact statements, but the film spotlights a few of the most notable ones, with speeches from Kyle Stephens, Aly Raisman and Rachel Denhollander particularly hitting home. A new interview with Judge Rosemarie Aquilina is worthwhile too, giving some insight into her thinking during the trial, and the incorporation of footage of Randall Margraves (father of three of the victims) lunging at Nassar in court illustrates the stakes here. And the documentary wraps up with a well-done conclusion, illustrating victim Chelsea Zerfas returning to gymnastics but also showing former USA Gymnastics CEO Steve Penny (since indicted on felony charges of tampering with evidence) pleading the fifth before the U.S. Senate and featuring Hamilton and others discussing how organizations can work to prevent something like this from happening again.

There are a few things here that some may take issue with. For one, while the interviewees come from a wide spectrum of ages and backgrounds, they don’t include many of the most famous Olympic gymnasts who were abused by Nassar; that may be about those gymnasts declining interviews here, but it’s worth noting for those considering watching that the likes of Raisman only appear in court footage rather than in new interviews. It’s also notable that while Mick Grewal, the lawyer interviewed, does a good job of illustrating some of the issues here, he doesn’t represent all or even a majority of the victims; John Manly is the lawyer who represents the majority of the victims (including those on the Olympic teams), and he and his clients aren’t interviewed (but that may be about them declining, especially as there was a lot of ongoing litigation during the shooting of this). And on the legal front, there’s an interview with Nassar’s lawyer that feels like a bit of an odd fit tonally compared to the rest of the film.

But the overall piece is a strong look at the Nassar scandal, and not just how it happened, but why it happened. And the lessons here feel like important ones that parents, athletes, and youth sport leaders can learn from. And hopefully, those lessons can be implemented to prevent another Nassar from emerging. At The Heart Of Gold is not a light watch or a feel-good watch, but it’s a worthwhile watch. Overall, it’s an impressive dive into one of the worst scandals in U.S. Olympic history, and a look at how things need to change to stop this pattern from repeating.

At The Heart Of Gold premieres Friday at 8 p.m. ET/PT on HBO.