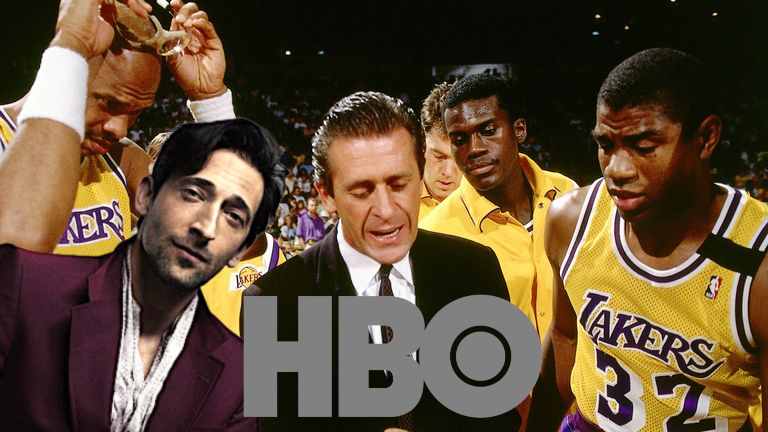 There hasn’t been much news recently on HBO’s dramatic series about the “Showtime” Los Angeles Lakers of the 1980s, based on Jeff Pearlman’s 2014 book. The project doesn’t even have a title yet.

However, the cast just made an addition in what will presumably be an important role for the series. As reported by Deadline’s Nellie Andreeva, Academy Award winner Adrien Brody will portray legendary coach Pat Riley, who coached the Lakers to four NBA championships during his nine seasons leading the team. Riley also won the NBA’s Coach of the Year award and coached eight All-Star teams while he was with Los Angeles.

The coach became a pop culture icon during his Lakers tenure with his trademark slicked-back hair and his Armani suits. Director Robert Towne wanted to cast Riley as a cop in his 1988 film Tequila Sunrise but the coach turned down the role, which eventually went to Kurt Russell. (Russell’s character still sported Riley’s hairstyle and taste in fashion for the movie.)

In 2003, Brody won the Best Actor Academy Award for his role in The Pianist. He portrayed musician Władysław Szpilman, who survived Nazi Germany’s invasion of Poland during World War II. Besides his award-winning role, Brody might be best known for seizing the moment and kissing Halle Berry after winning the honor.

This Lakers series has been in development at HBO since 2019 with Adam McKay (The Big Short) executive-producing with his company Hyperobject Industries. He will also direct the series pilot episode. McKay already has a successful working relationship with the premium cable network as an executive producer on the popular drama Succession.

Max Borenstein (Godzilla vs. Kong) is the head writer on the series, which chronicles the Lakers’ championship dynasty of the 1980s that yielded four NBA championships.

Led by Magic Johnson and Kareem Abdul-Jabbar, the “Showtime” Lakers were known for a fast-break, up-tempo style of play that attracted diehard and casual fans with their athleticism and showmanship. Celebrities at courtside and the “Laker Girls” dance team contributed to the team becoming a cultural sensation and providing the NBA with a boost in popularity.