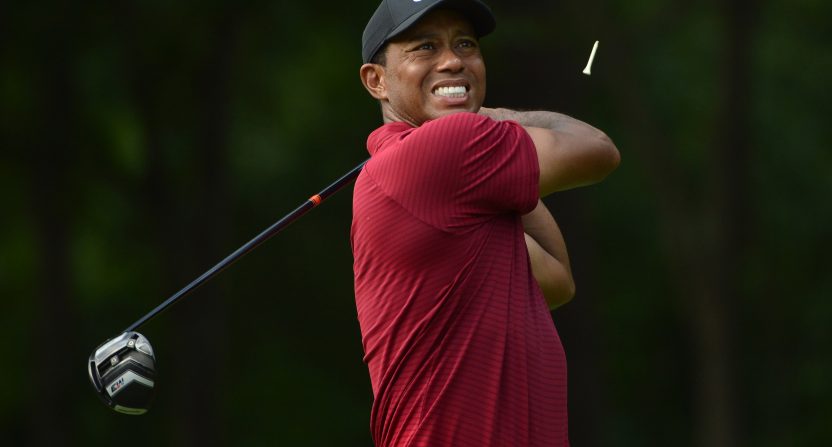 There are very few athletes who control the viewership of their sport like Tiger Woods in golf. When he was winning, people watched and when he was out of the game, people tuned out. But now that Tiger is back, the ratings have followed suit.

CBS reports that their final round PGA Championship coverage was 69 percent higher than in 2017, going from a 3.6/8 to a 6.1/14 in market rating and share, peaking with an 8.3/17 in the 7:00-7:15 timeslot. No doubt this was a result of Woods remaining solid all weekend, keeping himself in the hunt for the Wanamaker Trophy. In the end, Brooks Koepka held off strong challenges from Woods and Adam Scott but Tiger’s chase to the end held a big audience.

Woods was a factor in last month’s Open Championship and that benefitted NBC, who reported a 38 percent rise in viewership over the year before and the highest viewership for the Open since 2000.

While the good times have seemingly come back for golf and the networks who broadcast the sport, we got a rather scary preview of what’s to come when Tiger one day stops being a factor. There were lower ratings and overall lower interest when it seemed like Tiger could barely swing a club, even though during that time the sport developed more stars and had many exciting events come down to the wire.

As long as Tiger Woods can remain on the leaderboard, networks will be taking all the viewership they can get. And they are hoping this run from the 42-year-old will be maintained for a while.