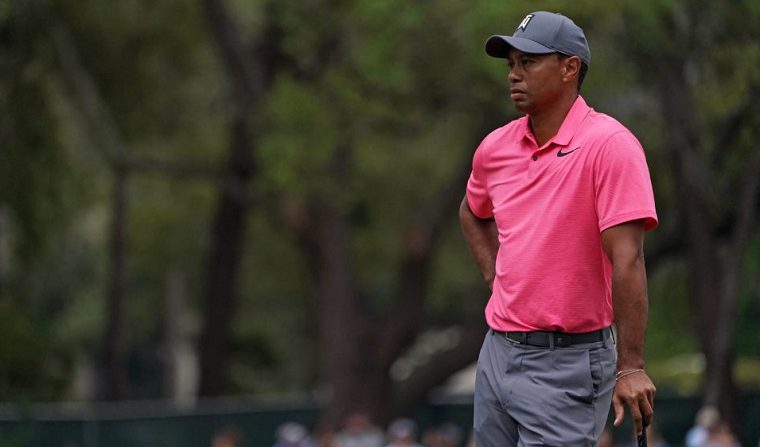 Hey, so Tiger Woods is back and contending at the Valspar Championship, if you’ve somehow missed it. As we’ve discussed already this year, the Tiger Effect is still a very real thing, even if we haven’t seen it in full (Tiger) effect for a few years now.

Now, as Tiger hangs around the lead on Sunday for the first time recent memory (and within a year of having his spine fused together, the most amazing part of this particular return), NBC released their ratings information for Saturday’s Tiger-filled third-round coverage. The numbers were really good.

Heading into today’s final round of the Valspar Championship, Golf Channel and NBC Sports has delivered record ratings over the first three days of coverage, highlighted by the best PGA TOUR RD 3 overnight rating in nearly 12 years on any broadcast network.

–          Golf Channel’s Saturday RD 3 lead-in coverage earned a 1.07 overnight, highest-rated Golf Channel telecast at this event on-record and in over 4 years since the 2013 Deutsche Bank Championship.

Those are astounding figures for golf, considering it’s not only a non-major, but also a tour stop that’s probably not even on the next tier down in terms of PGA Tour events. Plus yesterday’s coverage was up against multiple big-time college basketball games, among other things.

Sitting in a bar and they just changed all the TV's to golf. That is atypical of a March Saturday in Northern IL.

That golf is still so subject to such a Tiger bump is a blessing and a curse; obviously Tiger being healthy and contending is great for the game, that the audience ebbs and flows in concert to his presence is something that eventually the game is going to have to reckon with. There are plenty of young stars, and it’s so much fun to see Tiger dropped in among them fully-formed. NBC’s David Feherty said as much to us a few weeks ago:

“The game is so much better with him in it. The game has been really good with these kids we have at the top of the game at the moment. It’s been phenomenal for the last few years, but people have short memories. If you saw the crowds Tiger has drawn these last weeks, dwarfing the crowds of the last group. People just want to get a glimpse of him. It’s extraordinary the effect that he’s had and continues to exert on the game. It really is something to see. If he can get back into contention, playing well again? Boy.”

But for now, Tiger’s return is clearly a big story, independent of what it may or may not mean about the future of golf. Today’s numbers might end up looking even better.