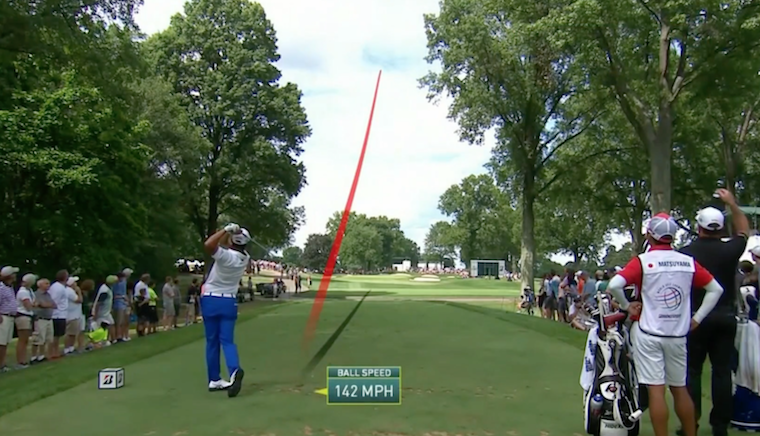 The Masters is one of the best sporting events of the year, featuring an iconic and beautiful course with so much engrained history that it’s hard to mess it up. The event is also in many ways a relic from a broadcasting standpoint, still presented with limited commercials and plenty of restrictions on that presentation.

They get away with it too, because for all of Augusta National’s faults, and there are definitely faults, the Masters is not really interested in milking its product for anything close to market value. They also limit ticket sales, keep prices low for concessions and more, and the leverage they have is from essentially giving away the broadcast to CBS, but doing so on a year-to-year contract.

Ron Sirak broke it down for Golf Digest in 2015:

But nowhere is Augusta National showing more restraint than with its domestic TV rights. This is the 60th consecutive year CBS has broadcast the Masters on a one-year contract, an arrangement that began in 1956. ESPN has had the weekday cable rights since 2008 on the same basis. “The way the Masters TV deal is constructed is still shrouded in mystery,” says a source in the broadcasting business. “The deal changed a little bit when Billy came in as chairman, bringing in a small rights fee, but neither CBS nor Augusta National makes money on the deal.”

Another source, also in the broadcast business, explains it this way:

“After the Masters, CBS sends an invoice to Augusta National, and they check it out and get the money from their corporate partners to cover production costs,” says the source.

That means that IBM, AT&T and Mercedes-Benz pay about $6 million to $8 million each in exchange for four minutes of advertising time per hour—about one-third of the commercial interruptions of other sporting events. Rolex and UPS are the corporate partners for the international broadcast.

It’s been frustrating for viewers who want nothing more than to watch one of the most entertaining golf events of the year. Coverage is still restricted, with windows starting at 3 PM Eastern on Thursday and Friday on ESPN (the coverage is still produced by CBS), and morning coverage restricted to a few feature groups online. Billy Payne is no longer in charge, having retired last year, and it’s possible new chairman Fred Ridley’s time at the top will see continued progress towards bringing the Masters into the modern era of golf broadcasting.

One sign of that progress: the recent uploading of final rounds from year’s past to YouTube, in their entirety, without commercials.

At least one major step will be the introduction of shot tracer technology to the television broadcast. Shot tracer is the best innovation in golf coverage in recent memory. It allows viewers to see the artistry of the players, how they’re attacking the course, or even how far off line their misses are. It’s important in that golf on television can be a bit disconnected, and CBS’s Masters presentation has that effect on its own. Watching the Masters is great, but it’s far from organic.

In typical Masters fashion, though, it’s not coming without restrictions. Via Golf Digest:

McManus said the tracer tool will be utilized on five holes: Nos. 9, 10, 13, 15 and 18. This technology, routinely seen in regular PGA Tour events, has been made available on previous digital-only broadcasts of the Masters.

When it comes to the Masters, nothing changes fast, and this is no exception:

“We’re trying to blend in the technology with our traditional coverage,” CBS chairman Sean McManus said during a conference call on Wednesday. “We’ve had good success with this on our digital platforms, and we think the time is right to introduce it into our regular coverage on Saturday and Sunday.”

It’s certainly welcome, and the reaction was positive, as you’d expect:

And the Masters has even had something similar before, in a much less advanced form. Here’s a relevant clip from the 1968 Masters:

But it’s still just five holes. And we’re still not getting television coverage before 3 PM on Thursday, Friday, or Saturday and on Sunday, it gets bumped all the way up to 2. In doing so, the Masters perhaps best reveals itself as the extension of one of the most private clubs in the country, where artificially limiting access is the key to maintaining prestige and demand, as though letting the public see a few more hours a year is going to ruin it for everyone, much less adding shot tracer to every hole.

Still, progress is progress. And watching Phil and Tiger bend shots on 13 and attack the green in 2 on 15 is going to be a lot of fun. It’d be even more fun if we could watch every shot.