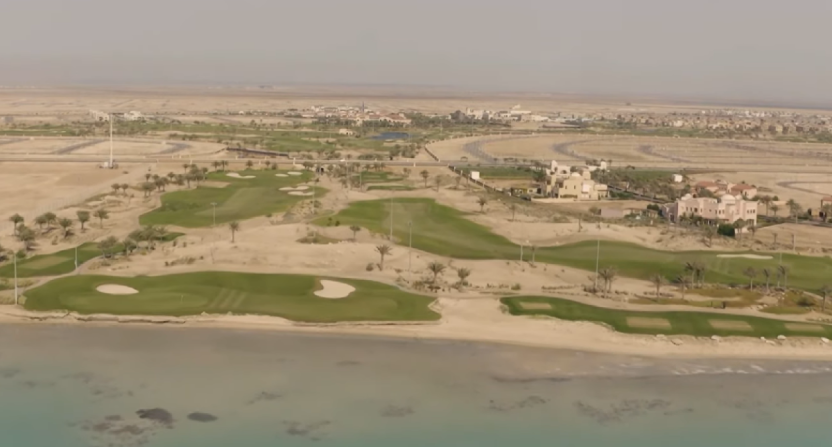 It’s still happening, though, sanctioned by the Asian Tour, which recently took a $200 million investment from a fund controlled by the Saudi Arabian government. (The same fund that recently purchased a controlling stake in EPL club Newcastle United.) This is all part of an effort to launch a global tour to rival the PGA Tour and other professional golf leagues, which so far has been light on details and heavy on Greg Norman. The PGA Tour capitulated and allowed members to play the Saudi event this year; the tournament offers big money appearance fees to bring over names like Dustin Johnson, Bryson DeChambeau, and Phil Mickelson, among many others.

This is all obviously an attempt at sportswashing, the practice of legitimizing nations or regimes with poor human rights records by attracting global sport. (See also: the upcoming Beijing Olympics and the upcoming Qatar World Cup.) Golf is the latest example of this; the DP World Tour stopped sanctioning the event over human rights concerns (especially in the wake of Jamal Khashoggi’s murder.)

If the Saudi-backed tour has its way, though, it could end up being a big disrupting force to the sport. That’s why the PGA Tour and the DP World Tour announced a strategic alliance, and it’s also why the Saudi-backed group has enlisted Norman, in an effort to legitimize the entire operation.

That last part may be misguided; Norman is known more these days for nude Instagram posts than he is for being a central figure in golf. Today he was given the chance to reveal the first two of the planned ten events in the newly proposed International Series, but the part most people focused on was a weird pie analogy.

Norman has to obfuscate a bit because so far the International Series is very limited in terms of players and financial details. A report broke today that they’re trying to offer Ian Poulter (now 46 and the 59th-ranked player in the world) an absurd sum of money to join.

But perhaps the most egregious example of just how transparently certain people in the golf world are pushing the Saudi regimes preferred narrative came during Xander Schauffele’s press conference. Schauffele, a top-ten player in the world, fielded a few softballs about his gold medal (won in Tokyo) and other typical things, before being teed up with this nakedly leading question:

Obviously Golf Saudi and the Saudi Golf Federation have been growing the game and doing a great job in doing that. How important is that for you coming here and participating in such tournaments, growing the game in different markets, and what is your message to the young people who are taking up golf?

XANDER SCHAUFFELE: Yeah, I think it’s awesome that the Kingdom of Saudi Arabia has sort of gone that direction. It’s a big stance with the women’s tournament coming through and younger generations trying to play golf here, as well. I try to help local kids in my town back home. If I can come out here and inspire some kids to play golf, as well, that’s a cherry on top for me.

getting some tough Qs at the Saudi International

(also my brain is now picturing Xander putting a cherry on top of a pile of ?) pic.twitter.com/wtygwHuQBz

So, congratulations to everyone participating this week, including some of the media on hand. Everyone’s doing great work (by helping advance a narrative that will further protect some very bad people from consequences.)