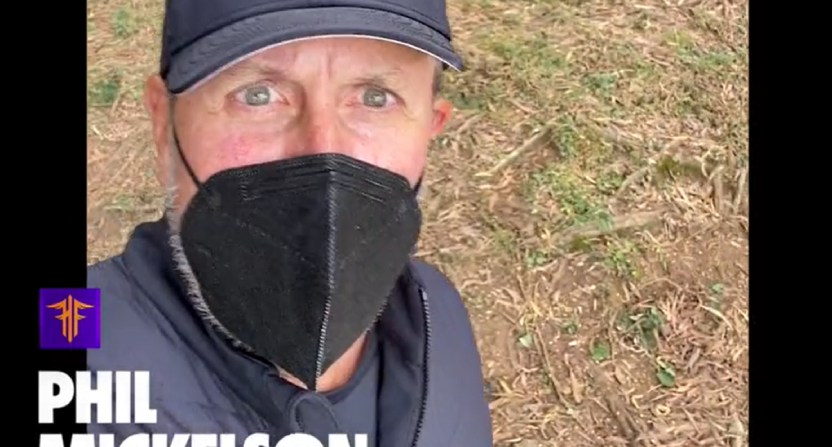 There’s a chance I’ve written about LIV Golf more than any other singular subject this calendar year.

I should add that I don’t exactly like it. It’s worth doing, don’t get me wrong; people are interested, and it’s not often an entire sport faces a major crisis point that could see it spinning in any number of directions going forward. That’s where men’s professional is right now.

It would actually make for the most interesting men’s golf has been on a cross-sports basis since Tiger’s peak if not for the fact that the whole thing just sucks so much.

None of the changes LIV Golf is proposing have anything to do with improving pro golf as a product. None of the PGA Tour’s moves to try and secure their top talent will improve it, either. It’s just a huge dance of money being distributed to people who already have a lot of it, with one clearly more egregious example of immorality (the Saudi sportswashing efforts) making it easy to pick a side, even if the PGA Tour’s longstanding blah-ness and general anticompetitive behavior makes it difficult to ride enthusiastically to their defense.

Anyway. That’s nearly 200 words on why it’s becoming harder and harder to enjoy writing about LIV, the PGA Tour, and WHAT IT ALL MEANS. It’s important on multiple levels but it’s so often the same shit, packaged slightly differently and delivered via cute/terrifying robot.

Today, though, we have something objectively worth mocking, even ignoring the billions of blood money backing it. LIV Golf officially announced David Feherty is joining as an analyst, confirming reports from earlier this week. Because it’s LIV, they did it in the most awkward, stilted fashion possible.

Be sure to stay through the end, which features a post-credits scene of sorts.

It’s hard to pick a more representative piece of content for LIV Golf’s entire aesthetic/vibe/etc. Also, while he might be goofy and overplayed and wildly overhyped in other ways, Bryson DeChambeau’s skills as a content creator have never seemed more valuable than when juxtaposed with Kevin Na awkwardly standing eight feet from some sort of camcorder in his basement.

Setting the whole thing up as if LIV is adding another player only for it to be David Feherty twirling like a madman on an empty golf course with no one around is maybe the most LIV aesthetic possible.

The entire thing is hollow and boring in ways it didn’t have to be; Saudi-backing aside, the entire product is bad and didn’t go nearly far enough towards making it a compelling broadcast product. David Feherty might be the most lively of the staid golf broadcasters, but he’s still a 63 year-old man who has been calling mainstream golf for decades. This isn’t a DISRUPTION or whatever. It’s just trying to buy gravitas.

But what an ending! Phil Mickelson, seemingly out of nowhere, probably because they couldn’t splice him in throughout the rest of the video in any way that wouldn’t immediately have people asking “Wait what the fuck is Phil doing with gorillas?” and overshadowing the Feherty news. Why the hell is Phil doing anything Phil is doing these days? He might be the new athlete where basically anything could happen and I’d believe it.

Of COURSE Phil Mickelson is in some sort of Rwandan gorilla refuge recording a selfie welcoming David Feherty to a Saudi-backed PGA Tour rival he helped start. Why wouldn’t he be? What could be more perfect? Phil’s life right now is seemingly being propelled by the Improbability Drive from Hitchhiker’s Guide. Wherever you last think he’ll be, whatever you’re least likely to think he’ll be doing, that’s almost certainly where he’s going to pop up.

Anyway. LIV Golf sucks, the PGA Tour usually sucks too, but for much more defensible reasons on and off the course, Phil Mickelson is insane, Kevin Na uses his eight year-old laptop’s webcam and mic, Bryson can’t act but also can’t act normally, and David Feherty will be taking his shtick to a live-streaming broadcast seen by dozens and dozens of people.