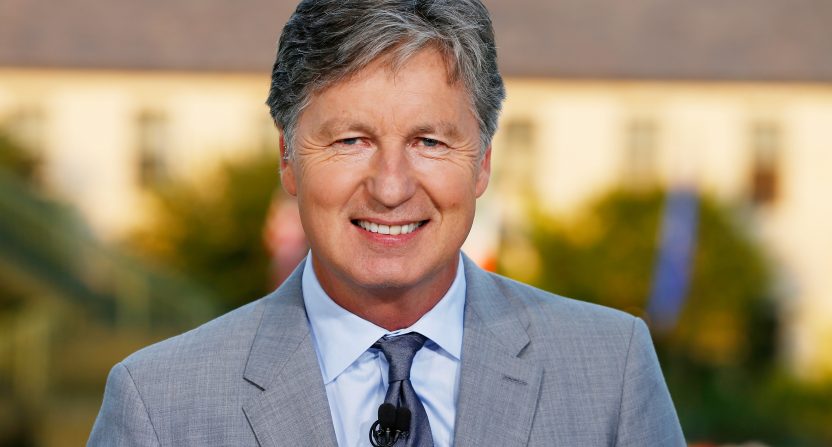 If there’s one thing to take away from Alan Shipnuck’s lengthy profile of Phil Mickelson at Golf.com, it’s that Phil likes to tip in $2 bills (lots of them, to be clear.) It’s somehow both weird and very on brand for Mickelson, who manages to be left-handed with his golf swing and personality while doing everything else right-handed.

But alongside the entertaining read on Mickelson’s tipping methods, his souped-up golf cart, and his defrosting relationship with Tiger Woods (which may lead to a big-money television match), there was a very interesting digression into Phil’s thoughts on Golf Channel commentator Brandel Chamblee. Chamblee is famously unafraid to speak his mind, which does sometimes lead to odd moments like his call for golf to ban Twitter. But Chamblee is also not afraid to be critical, which in golf is the absolute quickest way to annoy players.

Brandel has gone after Phil before, including famously ahead of the 2016 Ryder Cup when he and David Duval got into a heated discussion over the role of Phil and Tiger in American underachievement at the event. This, of course, is Chamblee’s job, but based on Mickelson’s reaction when Brandel’s name came up, Phil doesn’t really care for his opinions.

This being a conversation with Phil Mickelson, the subject was broached via Phil mentioning how he hated La La Land, which watched after Clint Eastwood told him it was great.

I mention that a few weeks earlier Golf Channel analyst Brandel Chamblee had taken to Twitter to offer a passionate testimonial about La La Land.

“Oh, see, that makes perfect sense, ’cause he and I don’t see eye to eye on anything,” Phil says. “I was afraid you were gonna say we felt the same way about something, and that would’ve thrown me for a loop.”

I ask if he and Brandel have some history I didn’t know about. “I just like people who build up the game,” Phil says. “I view this as we’re all in the game of golf together. We all want to grow the game. We all want to make it better. And I feel like he’s made his commentating career on denigrating others. And I don’t care for that. I like people who help build the sport up and promote it for what it is, rather than tearing down and ridiculing others.”

Left unsaid is what Phil thinks the role of golf commentator should encompass if they’re not allowed to be negative. And while Chamblee is certainly not afraid to be critical, it’s unfair to suggest that’s how he’s made his career; Brandel objectively does know so much about golf, the golf swing, history, and more. He’s not always right (see the above debate with David Duval), but who is?

From Mickelson’s perspective, though, as one of the best players ever who has somehow been nearly universally beloved in the sport while also taking a pretty shocking amount of criticism from people in the media who wanted him to play a different way, his distaste for those doing the critiquing is probably pretty baked in at this point. But they don’t really have to agree; they’re two people in the same sport working different jobs with different goals.

Sometimes it’s okay to not get along. That makes things more entertaining for everyone else.