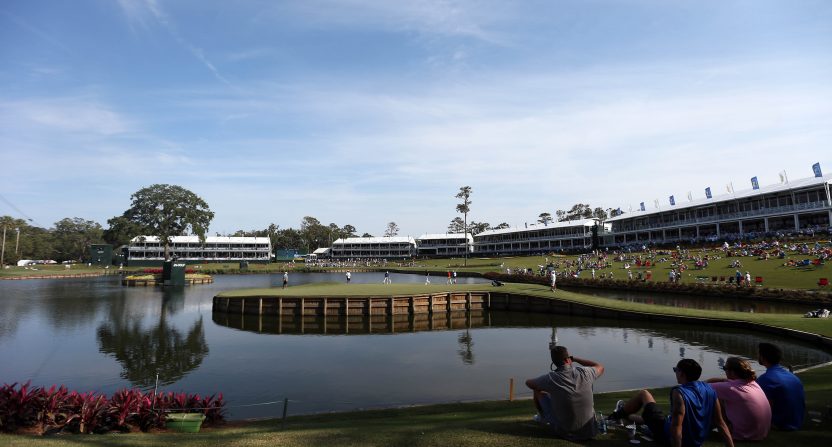 The PGA Tour is still a few years away from the expiration date on their current set of broadcast rights deals, but they’re apparently eager to get the bid process going now.

That’s according to this reporting from John Ourand and John Lombardo at Sports Business Daily, which notes that in addition to current partners NBC and CBS, the PGA Tour expects bids from ESPN and Amazon, among others.

In the coming weeks, the tour will invite media companies to deliver formal pitches at its offices in Ponte Vedra Beach, Fla., with the goal of having new deals in place by January — two years before its current ones end.

All of the tour’s U.S. rights are up for bid, including its broadcast TV deals with CBS and NBC, its 15-year deal with the NBC-owned Golf Channel and its PGA Tour Live, which is part of NBC’s direct-to-consumer service NBC Sports Gold. None of the tour’s current rights deals grant exclusive negotiating windows or first-refusal rights to the networks — clauses that are standard in most rights deals. That means the tour is free to negotiate with any media company at any time.

The timing is a bit odd; a deal with a new company wouldn’t come into effect until more than two years from now. The PGA Tour deals don’t include any of the four majors, nor the Ryder Cup (which is handled by the PGA of America), but essentially all of the remaining American men’s golf would fall under this umbrella. That includes the Korn Ferry Tour (a level below the PGA Tour) as well as the Champions Tour. New deals would also include the LPGA Tour, as SBD notes:

The PGA Tour isn’t the only golf property seeking a deal. The tour also represents the LPGA in its media rights deal with Golf Channel that runs through 2021 as part of the strategic alliance made in 2016 between the two properties.

And while the deals won’t include the very peak of the sport in terms of viewer interest, they do include a massive volume of content. The PGA Tour season runs nearly year-round now (for better and worse), and for now, at least, having a large content library available means the Tour will certainly attract plenty of bidders, along with CBS and NBC, who would stand to lose a lot of weekend programming if they missed out.

Tour executives expect a sizable rights fee increase given the amount of interest that media companies already have showed. The tour’s current broadcasters — CBS and NBC — have said they will bid to keep their packages. WarnerMedia has expressed a strong interest in picking up a package of rights. After largely getting out of the golf game under John Skipper’s watch, ESPN’s new Jimmy Pitaro-led regime has told the tour that it is interested in re-engaging. Fox has said it could be interested in a package of tournaments around its U.S. Open and the FedEx Cup playoffs, which now run in August before the NFL season kicks off.

Fox makes a lot of sense; their deal with the USGA has led to some innovative coverage of the sport that has in turn pushed the more staid networks (*cough*CBS*cough*) to at least put forth an effort with things like shot tracer. ESPN is also a logical partner, considering they currently have two days of the Masters and will start their PGA Championship deal next year. The Korn Ferry Tour is also a potentially solid addition for ESPN+.

Of course, the most likely scenario is probably the status quo; CBS and NBC have covered the PGA Tour for decades, and NBC’s ownership of Golf Channel (with it’s existing distribution and production setup) make it a very likely continuing partner. CBS, meanwhile, airs around 20 tournaments per year right now. It’s not what golf fans hoping for a new direction with coverage want to hear, but it’s hard to see CBS being pushed out.

Still, there are a lot of bidders, and a lot of things on the table. Anything can happen.