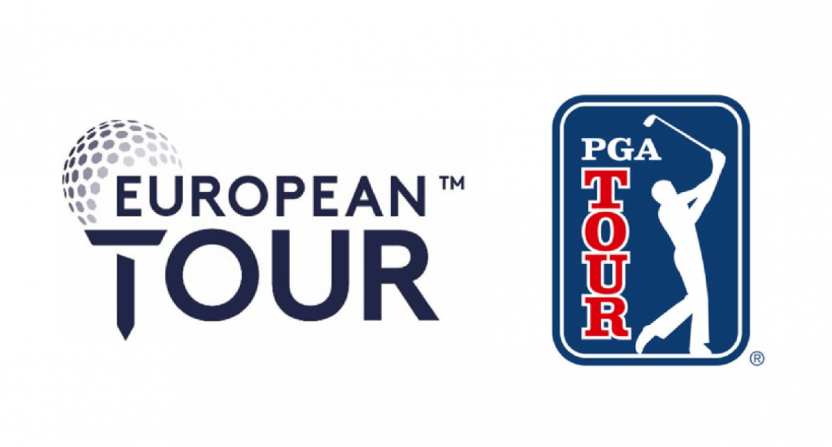 The PGA Tour and the European Tour picked Black Friday to announce a new “strategic alliance”, that will see more cooperation than ever for the world’s top two men’s golf tours.

In a release that they both posted, the tours announced that the new partnership will include partnering on media rights, among other aspects.

The European Tour and PGA TOUR today heralded a significant new era for global golf with an historic announcement of a Strategic Alliance.

The landmark agreement will see golf’s two major Tours explore all facets of collaboration, working together on strategic commercial opportunities including collaborating on global media rights in certain territories.

This will come through part of the agreement which sees the PGA TOUR acquire a minority investment stake in European Tour Productions (ETP), the European Tour’s Media Production company, which produces and distributes content internationally.

The Tours will also work in partnership on a number of other areas including global scheduling, prize funds and playing opportunities for the respective memberships. Further details of these areas will be announced in due course.

European Tour chief Keith Pelley was quick to refute any claim that the deal is a “merger”:

.@EuropeanTour CEO Keith Pelley on "strategic alliance" with @PGATOUR :"Emphatically, this is not a merger. I read 1 tweet that said a takeover is inevitable because of the situation that we are in. We are categorically not in financial difficulties, that is simply wrong."

In addition to the media rights stake, there is one important part of the alliance that could prove to be key: preventing another upstart golf tour from swooping in to bail out the European Tour PGL from swooping in with

The prospect of Raine Group — and by extension, Premier Golf League — gaining a foothold through the European Tour caused dread among executives at the PGA Tour, which views the PGL as a potential existential threat should it successfully lure major stars away with the promise of huge paydays. A number of sources said the Raine Group proposal was always unlikely to win favor with the European Tour’s board and was being used as leverage to secure better terms from the PGA Tour, which was keen to ensure the PGL did not secure the infrastructure and tournament network from which it could launch its own rival operation.

So, what will this deal actually look like in practice, aside from being a bulwark against the Premier Golf League? That’s harder to know right now. It’s possible the media stake is really just a way for the PGA Tour to provide some cash to the struggling European Tour; both organizations have had major pandemic struggles this year, according to Geoff Shackelford.

Beyond the questions of financials and dead proposals, what does this mean for players, fans and sponsors?

For now the alliance appears to be a survival move with benefits TBD. Fans might eventually get a better world schedule that will undoubtedly be streamlined due to the pandemic. Players, however, will face the prospect of a monopoly that some like Rory McIlroy openly lamented with the Premier Golf League’s more controlled franchise infrastructure. And sponsors? Perhaps there is a better solution to the WGC, Rolex, Race to Dubai and FedEx elements that seem to clash instead of delivering better golf tournaments.

It’s clear that professional golf is coming to a crossroads here. The European Tour and PGA Tour were never exactly direct competitors, but this deal probably puts an end to most of their indirect competition as well. It’s possible that actually opens up even more of an opportunity for an alternative tour, from a demand perspective, although it also probably raised the barrier to entry for another entity.