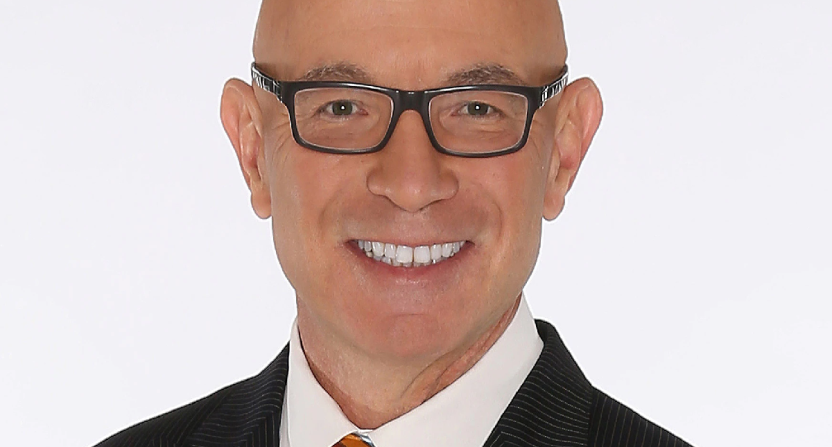 He spent decades covering the game of golf, including a long run at Golf Channel from 2007 to his retirement in 2019, after he began suffering memory loss that was eventually diagnosed as Alzheimer’s. Rosaforte was remembered immediately and fondly by members of golf media and media in general.

Our colleague Tim Rosaforte passed away today after a battle with aggressive Alzheimer’s. Just 66. Beloved in golf. Broke stories, but never his word. Unselfish, tough but tender, trusted friend who’d do anything for you, a genuinely good soul. May his memory be a blessing.

An old school reporter and unfailingly encouraging to those who followed him. R.I.P. https://t.co/uLVyuZd7Ag

It’s appropriate, Kevin. I’ll say it a third time. On top of the kindness, there was decency and fairness as well as a tireless work ethic. A real care about the job and doing it correctly. Met Tim early in my Golf Chanel days and was lucky to call him a friend.

Very sad to hear about the passing of Tim Rosaforte. Tim was terrific at his job, & as a reporter he never behaved as if he was the story. But aside from that, he was an incredibly nice person. My and golf folks everywhere's thoughts are with his family & friends. ?

I hope Tim sees all the beautiful things that will be said about him. If there’s someone in your life that you love, respect, cherish, don’t wait for hard times or tragedy … let them know https://t.co/1ETZOw159b

I always loved this scene at the Association of Golf Writers dinner. While everyone was dining and boozing prior to the 2015 Open, there was Tim Rosaforte putting the finishing touches on a story. Hardest working man in the golf business! pic.twitter.com/aZRO9hrbOn

Saddened by the news about my friend, Rosie. We were competitors but Tim couldn’t have been nicer to me and his compliments on a story meant the world. Will never forget how proud my dad looked after Rosie told him I was doing a damn good job or something to that effect. #RIP pic.twitter.com/SFS7dQEKIf

When his retirement was announced I sent him a text, knowing he’d be bombarded with well wishes. That just wouldn’t do for Rosie though. He immediately called me and we talked golf, baseball and family for half an hour. Rest easy, pro. You are missed.

For further reading, this is an incredible obituary from Craig Dolch in the Palm Beach Post. In it, Dolch notes that Rosaforte’s Alzheimer’s was initially diagnosed as anxiety, which led to his retirement in 2019, and that Jim Nantz reached out to Rosaforte to recommend treatment at the Nantz National Alzheimer’s Center in Houston.

“There’s a lot of insiders in sports today, people like Adam Schefter, Peter Gammons and Tim Kurkjian,” said Geoff Russell, who was Rosaforte’s boss at Golf World and later at Golf Channel. “If you go back 30 years, Tim was doing that before most of them.”

Just not in the same manner.

“He was clearly the trailblazer in this role,” said Tommy Roy, NBC golf’s executive producer. “It seems like there’s so many people out there who are ‘gotcha’ writers. They find a way to rip people and attack them. Tim wasn’t like that. He was so well respected.”

There’s also this lovely piece from Rosaforte’s longtime friend and colleague, Jaime Diaz. The entire thing is so very worth reading, as it details exactly what made Rosaforte so good at the job. But then there’s the final paragraph, about Diaz visiting Rosaforte last fall, when Alzheimer’s had taken hold:

When I last saw Tim, in September in Florida, his short-term memory had faded, but he needed only a little prompting to remember people and places and moments from the past. Still easy company. He even chuckled a few times at a name or an old punch line. “We had a good time,” he said. “I hope I have more.” When he saw I was having trouble answering, the old empathetic interviewer returned, and he didn’t press. “You know,” he said, “it’s OK.”

I never really interacted with Tim, but he and I were both at Erin Hills covering the 2017 U.S. Open. I’d never been credentialed before for any event, and I spent my time there talking to some media members I’d gotten to know through Twitter, and meeting a few more people through them. There were others I obviously recognized from print or television walking around, and I didn’t really feel it appropriate to do much more than nod and say hi when I saw them in line for lunch or dinner or on the way to and from the course.

A few ignored me, but a few, including Tim, returned it, even though he had no idea who I was and no reason to. At one point, I was actually sitting near him as he rushed through a meal, before briskly heading back to the Golf Channel set. I probably could have introduced myself then, but I didn’t. I sort of regretted it in the moment, and I really regret it now.