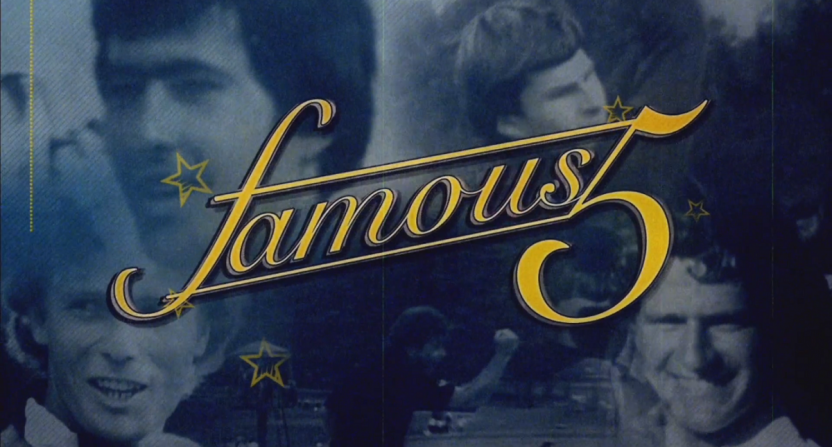 When the first shots of the 2018 Ryder Cup are hit in Paris next week, they’ll take place in front of a massive audience. Obviously there will be a large contingent of television viewers (though the American ratings will be hurt slightly by the time difference), but the grandstand by the first tee is going to create an atmosphere we don’t normally see in golf.

That believe it or not that is the grandstand behind the first tee. Imagine the frenzy on the opening tee shots. Plus Le Golf National will be the course for the Olympics in 2224 #RyderCup pic.twitter.com/uddAfuUYJl

The first tee atmosphere two years ago at Hazeltine was also much more akin to a World Cup match than a golf tournament. Combined with the obvious intensity among the competitors themselves, the Ryder Cup is now one of the biggest events in golf.

But it wasn’t always that way. In fact, it wasn’t that long ago that the Ryder Cup teetered on the edge of irrelevance. The United States won 17 out of 18 Ryder Cups from 1935 through 1977, their lone defeat coming in 1957. Then a few very important changes happened.

That’s where (and when) Golf Channel’s Famous 5 focuses. The hour-long film (which debuts September 24th at 9 PM Eastern, and which we were able to watch in full) explores a time when golf was a lot different, with the European Tour just finding its footing. More importantly, it focuses on the decision to expand the British and Irish team to a full European squad, a measure suggested by Jack Nicklaus as a way to level the playing field. That change took effect ahead of the 1979 event, and allowed for Spanish legend Seve Ballesteros to boost Europe’s chances.

Ballesteros was at the forefront of what was clearly a golden generation of European golf. The eponymous Famous 5 also included Nick Faldo, Bernhard Langer, Ian Woosnam, and Sandy Lyle, and the film goes into each of their backgrounds in the game, none of which were traditional. The film’s visits to childhood homes and courses are among the most charming elements of the hour. Seeing a shed or a local club and knowing that’s where a future Masters champion and Ryder Cup stalwart (descriptors that apply to all five men) grew to love golf is a lot of fun. It’s also a time capsule, in a way; it’s a far cry from today’s paths to the game, which generally involve high-level instruction from an early age.

Famous 5 covers the growing European strength as they nearly won in 1983, won for the just the second time in 50 years in 1985, and then defended in 1987 by beating a Jack Nicklaus-captained American team at Jack’s own Muirfield Village course. It’s a world of big collars and fantastic sweaters, and it’s so clearly a different time in golf that it’s fascinating to realize just how important these events were to both the Ryder Cup and modern golf.

The first television coverage in the United States from an overseas Ryder Cup didn’t arrive until 1989, for example. It just wasn’t a big deal until these five players (along with a growing sea of talent brought into the fold by the team expansion) started winning. And once Europe started winning, they really didn’t stop; going back to that 1985 win, Europe has won 11 out of 16 Cups (including the 1989 tie, which allowed them to retain.)

It was that European dominance that spurred one of the most talked-about golf storylines of the past decade, when Phil Mickelson ripped Tom Watson after the 2014 edition.

That in turn led to the establishment of the Ryder Cup task force, which seemed to pay dividends for the Americans in 2016. But the United States has still won just twice in their last eight tries, and they haven’t won in Europe since 1991. It’s an astounding difference from the long stretch of American dominance that almost killed off the Ryder Cup. The players that made up the Famous 5 turned that around, and golf is all the better for it.