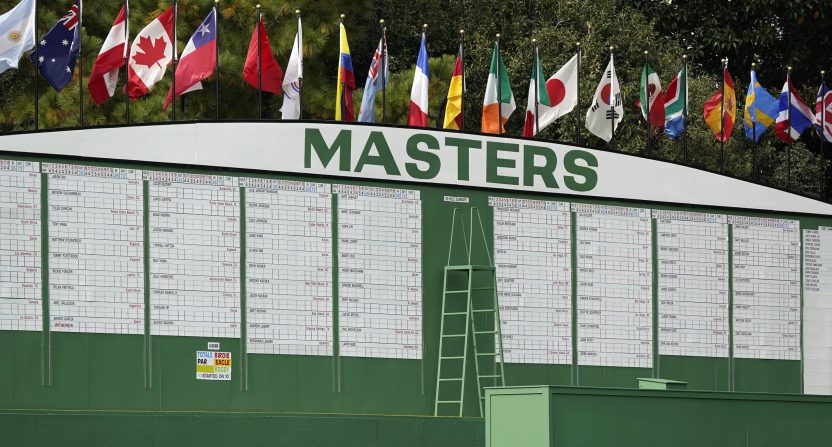 The final round’s ratings, though, were some of the worst for the tournament in more than sixty years.

Dustin Johnson’s win sank 51% in ratings and 48% in viewership from Tiger Woods’ iconic win last year, which aired in an even earlier timeslot (9 AM rather than 10), but on the tournament’s usual April weekend (6.9, 10.81M). Compared to 2018, the last time the final round aired in its usual late afternoon window, ratings and viewership fell 57% from a 7.9 and 13.03 million.

There are some obvious reasons for the drop, of course. Sports ratings as a whole are suffering amidst the pandemic, and the Masters has a lot of its identity wrapped up in its traditional spring spot on the calendar. Dustin Johnson is the #1 player in the world right now, but he’s not Tiger Woods in terms of being a draw for casual fans (no golfer really is, even still), and the tournament itself was never really in doubt for most of the round.

But the biggest factor is probably the time window. In addition to starting in the morning and finishing in the early afternoon, the Masters went up against NFL competition for the final few hours of the broadcast on FOX. That’s never going to work out in golf’s favor, as we saw with the record lows at the September U.S. Open.

The news wasn’t all terrible for the week, with ESPN’s coverage of the first two rounds doing respectable numbers.

But ESPN's average #Masters TV audiences increased 18% to 2.6 million for Round 2 from 2.2 million for 1st round per Nielsen Fast National #'s. Friday's audience peaked at 2.9 million with Tiger + Bryson on course. Also, this year's coverage aired earlier than last year.

And despite the steep drop compared to other Masters broadcasts, this year’s version still posted the best numbers for any golf event in 2020, again from Paulsen:

It edged the final round of the PGA Championship, which posted a 3.3 and 5.15 million in August. It should be noted that ratings for the PGA Championship were flat and viewership increased 3% over last year, with the caveat that the tournament’s postponement from May to August merely returned it to what had been its usual spot on the calendar (and there was no NFL competition).

Obviously it’s not what anyone is going to be raving about from a ratings and viewership perspective, but these numbers always require so much context. And within the context of 2020, they’re perfectly understandable.