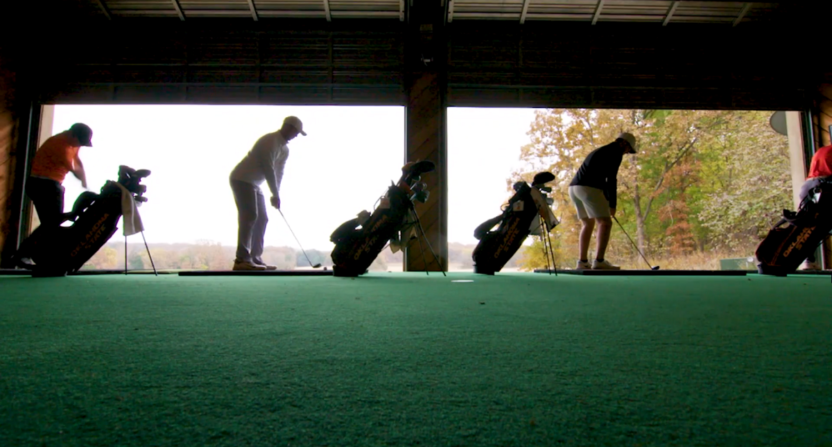 In the tradition of recent all-access sports documentaries (including Amazon’s behind-the-scenes look at Michigan football), NBC Sports is premiering a series taking us into the world of men’s college golf.

Driven: Oklahoma State Cowboys is a four-part series debuting on Golf Channel May 7th, with the second and third episodes following on the 14th and 21st. The finale will be on NBC, airing June 16th. Rickie Fowler will serve as an executive producer for the documentary.

“As a proud Oklahoma State alum, Driven is a passion project of mine. I consider Stillwater my home away from home and I am excited to not only showcase my alma mater, but also provide fans with the unique insider perspective of what college golf represents,” said Rickie Fowler, executive producer, Main Event Productions. “With the Cowboys embarking on a record-setting year, our arch-rival Oklahoma Sooners as the reigning national champions and the NCAA National Championships being staged at OSU’s home course at Karsten Creek, we couldn’t have picked a better year to shine a spotlight on this storied rivalry and the unique team drama that fuels not only my beloved Cowboys, but also the tremendous stage of collegiate golf.”

Embedded for the duration of the 2017-18 season, Driven: Oklahoma State Cowboys will showcase the personal and competitive journey of the Oklahoma State men’s golf team, which is currently the unanimous No. 1 ranked team in the nation and riding a historic seven-tournament winning streak. This May, Oklahoma State also will be host of the NCAA Men’s and Women’s Golf National Championships at their home course, Karsten Creek Golf Club in Stillwater, Okla. Adding to the drama, the Oklahoma Sooners, in addition to being the Cowboys’ in-state rival just 80 miles away in Norman, Okla., are the reigning NCAA National Champions and participated in the production of Driven.

It’s an interesting concept, and collegiate golf on both the men’s and women’s side of the game is a world worth exploring. With professional golf being the main outlet for the game, we’re generally used to thinking about it as purely an individual sport. But college golf adds an entirely different element, and that’s something this show could be uniquely positioned to capture.

Having Fowler on board doesn’t hurt either, and given his personality and diverse interests, it’s not hard to imagine him doing more projects like this going forward.