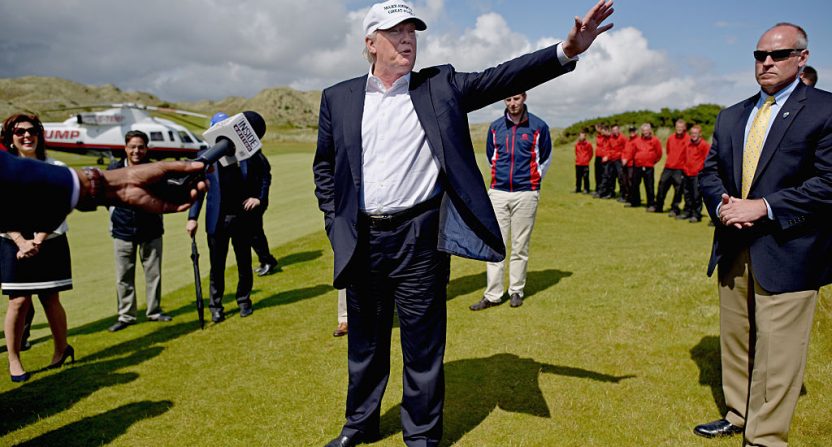 President Donald Trump will be part of a three-night Golf Channel special on Jack Nicklaus. You may have heard that President Trump is a big golf fan and as has been reported, he regularly golfs on the weekends in Florida. The special on Nicklaus titled “Jack” will premiere on Sunday, April 9 at 9 p.m.ET.

Trump has high praise for Nicklaus:

“People like Jack, they have a desire to win,” Trump says in the special. “They never give up, they never quit. He’s a man that’s led a truly exemplary life; his family, his work ethic, his championship status. He’s a very exceptional man.”

Nicklaus is well acquainted with Trump and made the following statement during NBCUniversal’s Summer Press Day last year:

“I have known Donald for a long time, through the game of golf. He’s been very supportive of a lot of things I have done,” Nicklaus said. “I think he’s going to be good in the office, going to do a good job.

“But, I’m very supportive of all our presidents,” Nicklaus added.

Trump has waged war with Golf Channel’s sister network NBC since the 2016 presidential campaign, but he’s enough of a golf fan to make an appearance on one of its channels to discuss one of the sport’s greatest players.

Golf Channel hasn’t commented and neither has Trump in regards to the special.