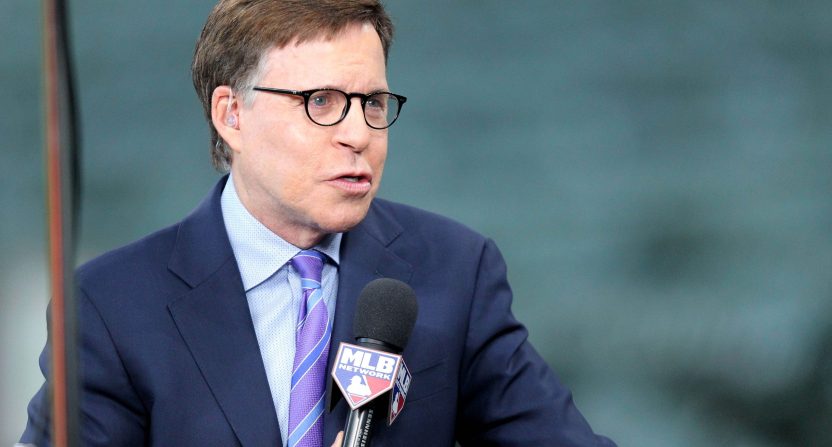 The U.S. Open is set to begin tomorrow at The Country Club outside Boston, but much of the focus surrounding the world of men’s golf remains centered on Phil Mickelson, Dustin Johnson, Bryson DeChambeau, and others joining the Saudi-backed LIV Golf venture.

One person weighing in: Bob Costas, who on CNN’s New Day had strong words of criticism for the players who have already jumped while noting the difference between this version of player movement and, say, MLB free agency.

The relevant quotes, in which Costas doesn’t hold back at all:

“There are no two ways around it, it’s blood money. This is not like the AFL was once a challenge to the NFL, or the ABA, or world hockey association, to the established leagues. Maybe fans of a team would say, ‘Gee we wish our guy didn’t go over there.’ That isn’t the case. This is Saudi blood money. We know all we need to know about the royal family and what they have done. It’s not just Khashoggi, it’s not just the ongoing oppression of women and gays, they’re directly or indirectly tied — according to US and British intelligence — to the 9/11 event.”

On Mickelson and others joining:

“Guaranteed money. $200 million dollars for Phil Mickelson even if he never wins a tournament. The prize money’s on top of that. $115 million, as I understand it, for Dustin Johnson. But what’s the price for your soul? What’s the price for integrity? If Aaron Judge goes and signs someplace else there’ll be people who grumble, ‘Well how much is enough?’ but there’s nothing inherently immoral in playing for the San Francisco Giants or whatever team he chooses as opposed to the New York Yankees. This is a clear-cut matter of morality.”

There are plenty of people (players, fans, members of media all included) who are already sick of these points being raised. That’s the exact thing the entire sportswashing enterprise relies on. That and most fans not knowing or caring about the difference; Mickelson, predictably, is mostly being welcomed by the Boston crowds this week. (It won’t shock anyone to learn that massive galleries aren’t always filled with die-hard golf observers who are up-to-date on the political ramifications of Phil’s decisions.)

Keegan Bradley on the Boston crowd's reception of Phil so far this week:

"He got a monster ovation. People cheering. Phil was giving the thumbs up to everybody. I think he is going to be just fine. It sounded like the same Phil Mickelson with the crowd as I've always heard."

Fatigue and ignorance are almost inevitable, and combined with the bottomless well of cash behind LIV it feels like the entire thing is destined to either “succeed” or last long enough to disrupt the entire current professional golf ecosystem. (Which deserved to be disrupted, in some ways, but everything from LIV so far suggests it will actually be much worse for the sport.)

Kudos to Costas for laying out the entire situation so simply. It’s not an intuitive topic for most people familiar with traditional sports and business to grasp, and anything like this helps.