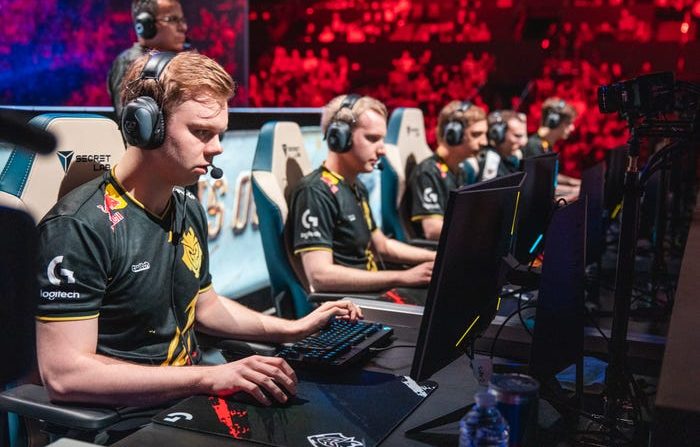 Esports are becoming increasingly popular in New Jersey. Not just to play but also to gamble on, but could their biggest triumph lay ahead of them? Might one day we be betting on which player will win an Olympic Gold Medal?

Last year saw legislation passed that allowed esports betting in New Jersey. 2022 began with the Esports Entertainment Group (EEG) being given the go-ahead to legally accept bets in the state. Their site VIE.gg has now been launched allowing players to bet on esports such as ‘Counter-Strike: Global Offensive,’ ‘Dota 2’ and ‘League of Legends.’

The company are the first esports-dedicated operator in the state. Their CEO Grant Johnson has spoken about how esports are going to grow in the years to come. The estimates are that global esport betting will go above $205bn by 2027.  You can bet on that figure being exceeded in the future if esports were to become an Olympic sport.

Critics say that shouldn’t happen, after all it’s only people playing computer games. They don’t see why killing a dragon could become an Olympic sport. However, betting on it happening one day may well be a winning one.

If you looking to place bets on esports, then do some research first. It’s always handy to look for the best sportsbooks offers that are available to customers.

The Covid-19 pandemic has seen an increase in the popularity of esports. Sportsbooks had major problems when top sporting events were cancelled. There were few problems with esports though and they were given more coverage on betting sites with odds and live coverage of events.

Esports being in the Olympics is no pipedream. There have already been esports demonstrations in the past beginning in Rio six years ago. The eGames were held during the 2016 Summer Olympics held in Rio. This international gaming tournament took place over a couple of days with medals, rather than prize money available.

Two years later, there were two esports tournaments held prior to the Winter Olympics. ‘Starcraft and ‘Steep’ were played in an event organized by Intel, with International Olymic Committee (IOC) support. Last year saw more support for esports with a demonstration event held in Tokyo. But don’t bet on seeing esports as a full Olympic sport just yet.

Despite this inclusion, the IOC have already ruled out esports being included as a sport at the 2024 Summer Olympics in Paris. There remains the possibility though of some online gaming integration with sports that are taking place.

Esports was also a demonstration sport at the 2018 Asian Games. This year it will be a medal event for the 2022 Asian Games. That will produce plenty of betting opportunities for the tournament.

Those who say that playing computer games shouldn’t be in the Olympics are wrong. Esports does require dexterity, teamwork, mental endurance, and hand-eye coordination.

Will esports become an Olympic sport? One problem is the lack of a global governing body for esports. That must be created before esports can become a fully-fledged Olympic sport. Then there’s the question of violence in some of the games. Sportsbooks offer odds on ‘first blood’ which isn’t quite part of the Olympic values. That supports friendship and respect not blasting everyone to kingdom come.

Those problems can be resolved and esports will be a lot larger by the time a decision is made on sports in the 2028 Olympics. The possibility of esports becoming an Olympic sport may well come true.