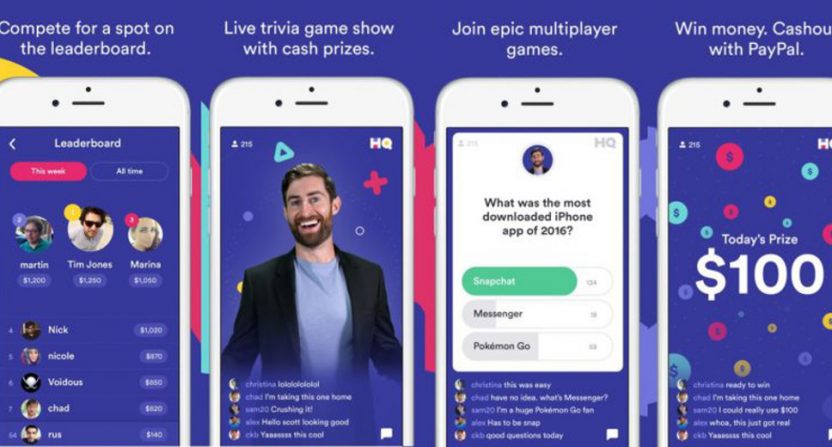 A recent focus for Disney has been boosting their direct-to-consumer offerings with streaming services like ESPN+ and the forthcoming Disney service, and they’ve been spending a lot of money on lining up content for those services. The latest news of their investment in HQ Trivia parent company Intermedia Labs is a long way from actually bringing HQ Trivia to a platform like ESPN+, but it has some, like Digiday’s Tim Peterson, speculating along those lines:

The Walt Disney Company has invested in mobile entertainment app HQ Trivia’s parent company Intermedia Labs, according to a source with knowledge of the deal. An Intermedia Labs spokesperson declined to comment. A Disney spokesperson said that the company made the investment through its Disney Accelerator program. That program is a three-month startup incubator in which Disney mentors and invests a small amount of money in 50 emerging media and entertainment companies.

The investment is the latest example of the entertainment giant looking to evolve its business as traditional distribution outlets continue to lose ground to digital platforms and direct-to-consumer properties. Disney’s stake in HQ Trivia could create more opportunities for Disney to market its businesses through the app and incorporate the app’s branding into its other businesses, such as producing an HQ Trivia-branded show for ABC’s broadcast network or ESPN’s ESPN+ streaming service.

As mentioned above, it’s far from certain that this will lead to anything on Disney networks or streaming services. But if it did, ESPN+ could be a particularly good fit, at least to start. That’s a place where they can capitalize on something with an existing fanbase and use it as extra value to bring in or retain subscribers, but where they don’t need to attract as much of an audience as they would for a linear TV broadcast. However, HQ Trivia’s something that might even work on ABC under the right circumstances, considering that it already has significant numbers of people who tune in at a particular time. (And in an environment where TV numbers in general and ABC numbers in particular are struggling, that could be a compelling sell for network programmers.)

But this won’t necessarily get as far as ABC or ESPN+. As Peterson notes, it’s a small investment through a three-month incubator. And even if it does turn into a longer-term partnership, that might be through a division like consumer products and interactive media (which ESPN president Jimmy Pitaro used to head) rather than through anything related to broadcasting. It’s also notable that Disney’s invested far more (to the tune of at least $400 million) in companies like Vice Media, but hasn’t really worked them in with its other properties (Vice’s TV channel is through A&E Networks, which Disney co-owns with Hearst, but it hasn’t had much to do with other Disney broadcasting units); they sometimes invest in things that they think are working on their own, and don’t always integrate them across the board with other Disney operations.

Either way, it’s notable to see Disney take a stake in HQ Trivia’s parent, even if it’s a small one. Maybe that leads to something on linear TV or a streaming service like ESPN+, or maybe it’s just Disney providing some backing for something they think is working on its own. (It’s notable that HQ offered a Disney-sponsored last month, which pulled in 785,000 players, and that they had a contest around the NBA Finals in June, which aired on ABC.) Either way, it’s a further investment from Disney in non-traditional content.

And it seems that Disney isn’t particularly worried about the reputation of HQ Trivia co-founder Colin Kroll. Recode’s Kurt Wagner reported in December that at least three investors had declined to fund HQ Trivia over concerns about Kroll’s alleged poor management and “creepy” behavior towards women, but that hasn’t stopped Disney from putting in an investment here.

We’ll see if this leads into anything larger, but it’s significant to see Disney putting some funds into these kinds of startups. And that might be something we see more and more down the road.

[Digiday; HQ Trivia image via The Next Web]