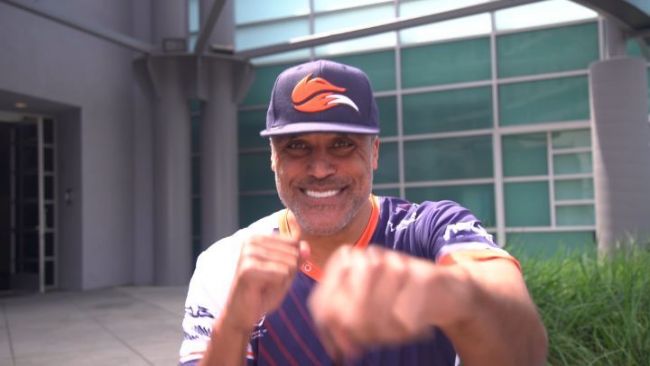 There have been quite a few efforts to bring esports into other media environs, from crossplatform and behind-the-scenes esports coverage with WarnerMedia’s ELEAGUE to the World’s Fastest Gamer (esports racing and real racing) series to Madden-centric ESPN content around the NFL Draft. And now, it seems like esports is heading to broadcast networks in sitcom form, with both CBS and NBC developing shows based on esports concepts. The NBC news came Tuesday from Joe Otterson at Variety:

A former “Big Bang Theory” star and one of the show’s writers are developing a multi-camera comedy about eSports at NBC, Variety has learned.

Galecki is executive producing under his Alcide Bava banner, along with the company’s Holly Brown. Cory Wood of Alcide Bava will serve as producer. Warner Bros. Television, which also produced “Big Bang Theory,” will serve as the studio.

CBS has given out a put pilot order for a comedy set in the world of eSports, Variety has learned.

The untitled single-camera series follows a recently retired pro basketball star who attempts to reconnect with his estranged son by buying an eSports franchise. Dan Kopelman will write and executive produce. Aaron Kaplan and Dana Honor of Kapital Entertainment will also executive produce along with Rick Fox. Warner Bros. Television, where Kopelman is under an overall deal, will serve as the studio.

As Otterson notes, Fox’s involvement is particularly interesting, as a lot of this appears to be based on Fox’s on personal experience. Fox followed his 1991-2004 NBA career with an acting career and then became a co-owner of esports team Echo Fox in 2015 (he’s seen above in an Instagram photo from the team). However, he’s been involved in back-and-forth lawsuits with other owners of that team, and left his role with that team this week amidst news of those lawsuits being settled. He also put out a statement saying he’s looking to continue his involvement with esports elsewhere:

“I have chosen to leave Echo Fox, the esports company that I founded, as a method to end the turbulent fighting and instead just continue to advance my visionary interest in being involved in a number of forward-thinking opportunities in the video game space with other strong, credible partners that share my values,” he said in a statement.

“On the court and in the business world, teammates are everything and there must be unity and a shared sense of purpose in order to succeed. In the case of Echo Fox, the significant difference of values, ethics and commitment to integrity was very problematic and damaging. I have shared my thoughts on this in my past statements and court filings, and sincerely hope that my experience can help provide further insight for people who should of course make their own judgements and determinations. I have learned some very painful lessons, and am relieved to now be moving on towards more positive business experiences.”

So that should make for an turbulent Season 4 or so if the show gets that far, and if it keeps following the storylines of Fox’s real-life esports involvement. And according to Rod Breslau, Fox is actually going to star in this as well as executive produce:

As Breslau notes, these sound like significantly different projects. And it’s funny that the single-camera one (generally the more experimental sitcom format, without a live studio audience) is at CBS and the multicamera one (the more standard CBS approach) with the Big Bang Theory connections is at NBC. They also appear to be at different stages, with the CBS one already having a “put pilot” (a pilot the network has agreed to air, either as a standalone special or a series, or pay significant penalties if they don’t) order and the NBC one only being developed at the moment.

But it’s certainly notable to see two different network sitcoms in development based on esports concepts. And that speaks to both the growing interest in esports and to more traditional networks’ interest in trying to capture an esports-interested audience. It’s also perhaps significant that the networks’ interest appears to be more about exploring esports themes than just broadcasting existing esports events; some of the other moves we’ve seen, such as an emphasis on documentary and reality esports content, have also followed that model.

Whether these upcoming comedies (providing they make it to series, not a sure thing) will actually be able to capture an esports-interested audience (and/or people who aren’t particularly into esports) is a question. There’s certainly a significant esports audience out there, but that’s split amongst a number of competitions and titles, and not all of those people are certain to watch one or both of these network comedies just because they have esports themes.

There are also questions about if the way these comedies treat esports will be bothersome to those in the esports world. That certainly was the case with the Big Bang Theory‘s handling of some topics, and we’ll see if there’s a throughline there with this new NBC project. At any rate, it’s definitely interesting to see networks diving further into esports themes this way. And we’ll see how these projects turn out.