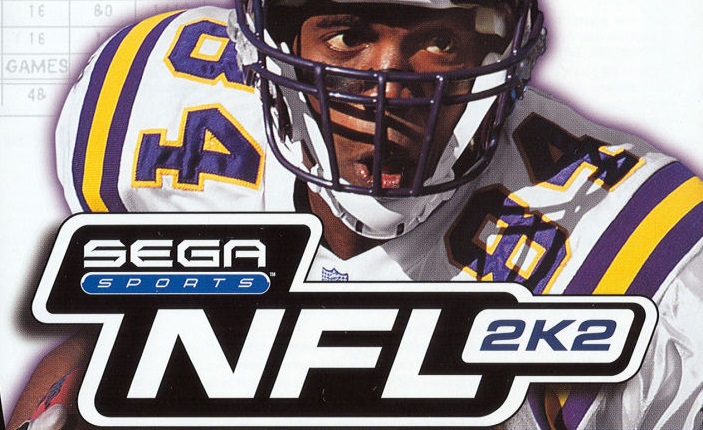 Football and video game fans who have missed the NFL 2K series of games now have some good news. Well… sort of.

The NFL has agreed to a new multi-year partnership with 2K Games that will allow the company to produce “multiple future video games.” It’s been 16 years since 2K Games (parent company Take-Two Interactive Software) had a license to use NFL teams and players in its games. EA signed an exclusive agreement with the NFL in 2004 that allowed the Madden NFL series to be the only games that could use NFL team and player names.

However, 2K Games’ new deal with the NFL doesn’t mean that it will be able to once again produce a competitor to Madden NFL. The announcement from the NFL and 2K Games makes it clear that the company will produce “non-simulation football game experiences.” Fans hoping for a revival of the NFL 2K series to go along with the popular NBA 2K and WWE 2K franchises will surely be disappointed by that.

“But I really wish the NFL—and please put this on record—will let 2K make a football game again, ’cause ESPN NFL 2K5 was one of the best football games of all time. If I could have any influence in the culture, at all—activism [is great]—but, really, if I can get the NFL to let 2K make a video game, I can die on this earth knowing that I gave back to humanity.”

Should Washington get the credit for this? That would be a good tie-in with his upcoming movie Tenet and a good launch point for the new games if any titles were ready to be revealed by then. But he’s not getting a game to rival Madden, unfortunately.

With “non-simulation” games, we might be looking at a game like NBA Jam. Yes, it’s a basketball game. It takes place on a basketball court and real NBA players are a part of it. But it’s not a realistic simulation of an actual NBA game — with players doing multiple somersaults in the air or shooting fireballs — or anything close to what a real NBA game would be like.

Before losing its previous NFL license (which was held from 1999 to 2004), 2K Games did produce such a game with arcade-style play and over-the-top action (like wrestling-style body slam tackles), titled NFL Blitz. [Correction: the now-defunct Midway Games developed NFL Blitz and sold the rights to EA. Thanks to @dannyryry for setting us straight.]

Yet Polygon points out that even with an NFL license that will allow 2K Games to use team names, logos, and other game elements, this deal doesn’t include names, likenesses, and images of NFL players. For that, the company has to negotiate a separate agreement with the NFL Players Association and there’s no indication that such an agreement has been reached.

So what sorts of NFL games should we expect to see here? Skills challenge types of formats? If real players could be used, how about something like J.J. Watt in Pitfall? (Is that going back too far?) Games with NFL legends and former stars like All-Pro Football 2K8, which featured players like John Elway, Jerry Rice, and Barry Sanders? (Unfortunately, O.J. Simpson was also in the game.)

Specific titles, developers, and release dates weren’t part of the announcement. But according to The Hollywood Reporter, projects for new games are already being developed and are expected to launch in 2021. It should also be noted that EA’s exclusive deal with the NFL expires at the end of 2021, so if all goes well with 2K, maybe we’ll see two rival simulation games again in the near-future.