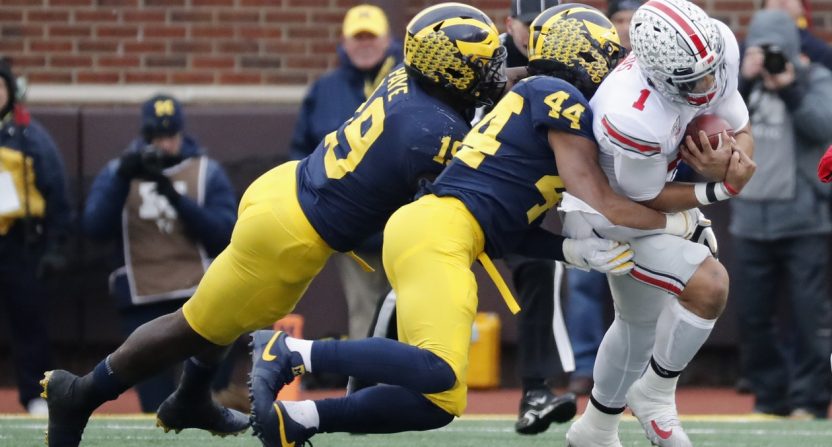 If you are a sports fan who lives in the US, you are familiar with daily fantasy sports betting. Offered by sites such as FanDuel and DraftKings, DFS is a skill game that involves picking professional sports players for your team and hoping they collectively perform better than the teams selected by your competitors.

Using your sporting knowledge and putting it to good use against friends or strangers, you can win some money and bragging rights when your team comes out on top. However, why has played at the best daily fantasy sports betting sites in the US at fantasyfest.net become so popular? That is precisely what this article will look at and break down for you.

Daily Fantasy Sports is Legal In Many States

The first reason DFS is so popular these days is that it is widely available. While forms of online gambling, such as sports betting and online casino gambling, are only legal in many states, DFS is accessible to people in 43 of 50 states. In states where other forms of online gambling are illegal, it is logical that those who like to place bets will enjoy the one vertical they can. It is easy to understand how it has become so popular with that in mind.

The reason behind the widespread legality of DFS is that it is not considered gambling at all. While some disagree, it is instead considered a game of skill. It is still illegal in Hawaii, Idaho, Louisiana, Montana, Nevada, and Washington.

There is a Collection of Sports to Choose From

When daily fantasy sports first arrived in the US, it was originally set up around football. That is understandable considering the popularity of a sport that is now popular in other countries, including Australia. However, times have changed rapidly, and you can now enjoy DFS sites that offer sports, including baseball, basketball, NASCAR, hockey, and even golf. Plus, you’re not just confined to the major leagues either, as, at some sites, you can enjoy DFS for college-level sports such as the NCAA basketball tournament.

It Adds to the Enjoyment When Watching Sports

For many, watching highly skilled sportsmen and women compete at the top of their game is entertaining. You root for your favorite team or competitor and share the delight or disappointment of each result you witness. However, when you throw in the potential to win money, that entertainment value receives a significant boost. You are not only watching because you enjoy certain sports or teams and want one to win over another. You also hope that certain players perform well enough that you score the points needed to win.

You Can Play Regularly

When the original concept of fantasy sports came into play in the early 1980s, it was based on playing for an entire season. You would pick your players, and your eventual placing would depend on how these players performed all season long. However, while this is still a popular format, daily fantasy sports, which were first introduced in 2009, gave us the ability to earn bragging rights on a daily basis. We could compete with players and place our wagers on the outcome of a single day of sporting action.

Say there were 5 NFL fixtures involving football teams such as the San Francisco 49ers, Miami Dolphins, and $400 million stadium-hunting Washington Commanders. You create a team from the rosters of the teams playing that day and watch as the action unfolds. In the end, if your team earned more points than your competitors, you win.

There are Different Ways to Win

Another reason daily fantasy sports are popular is because you have different formats you can enjoy. Want to go head to head with one player hoping to double your money? You can. Want a more considerable competition that pays out a share of the prize pool to all players that finish in the top half of the standings? You have that option too. You can even participate in huge contests that involve thousands and sometimes millions of players. Some even offer prizes in the 7-figure range!

Daily fantasy sports is now an enormous industry in the US in its own right, and it will only continue to grow in popularity. The DFS products offered by the likes of FanDuel, DraftKings, and Monkey Knife Fight will only continue to improve, and we expect that more sports such as Formula 1 and tennis will soon receive the DFS treatment as well. For now, the NFL DFS is so popular that it is searched as much as NFL streaming services.

There will come a stage whereby you could enjoy DFS on a daily basis as there will always be a sport somewhere that you can use to compete against friends or random strangers. The question is, do you have the knowledge and skill to walk away from a consistent winner? That is a whole other question!