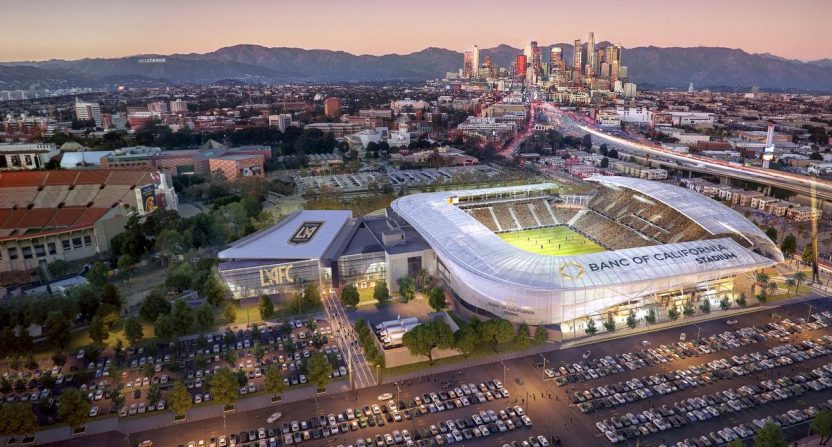 Since the NFL’s beginning in 1920, it truly produced 92 great years of sports entertainment. The league began as a pioneering venture and has gone through many ups and downs, but it is now firmly established as the No. 1 sport in North America. The thrilling, action-packed games, heated rivalries, and family-friendly fun are what make this one-of-a-kind sport so appealing to at least 200 million people in the US alone.

With all the impulse and emotion that drives people towards this sport, the NFL needed to elevate the fans’ experience to an all-inclusive one. Like most sports, gambling plays a huge role in adding to the game’s overall success. And with users having this huge selection of online casino games at their disposal, the league decided to capitalize on that and start lucrative brand partnerships that will only surely grow with the expansion of the sport. This will be achieved by bringing successful casino companies to the NFL table, either through team or stadium partnerships.

While it seems every other day that we hear about another football team or stadium signing up with a casino company of sorts, this integration was in the works for a decade at least. It all started when Steve Wynn, one of Nevada’s most successful casino owners and managers, negotiated a $1 billion casino close to Gillette Stadium with New England Patriots owner Robert Kraft back in 2011. While it wasn’t such a smooth negotiation, it set the precedent for the first time a casino and a football stadium came together — proving that combining casinos with NFL teams and stadiums has been in the works for the last 10 years or so. While there weren’t the necessary regulations for this type of integration back then, it was still on the path towards success.

Sports betting was still illegal, so trying these two worlds wouldn’t have been such a safe idea for the NFL at the time. Due to popular demand from the fans, NFL, and Casino operations themselves; the government decided to alter their rules to meet the growing demand. Following the Supreme Court ruling to lift the ban on sports betting, the NFL changed its advertising policy in 2018. Shortly after, the partnerships started rolling one after the other.

Football stadiums were truly destined to give the matchday experience a Vegas atmosphere, whether for their own fans or those of their opponents. Just think about it, what can make your love for the game any more real than going to the stadium to support your team and make some money at the same time. Your team will go to the championship, while you’ll pay your debts. Bit by bit, all tailgate bets will have an official receipt.

Other games, such as golf, baseball, and basketball, might get monotonous, but football provides an endless stream of excitement. The balance of power may shift at the drop of a hat. A team that hasn’t been doing well can make a one-of-a-kind, spectacular performance to earn a berth in the Super Bowl. To make a great thing even greater, the Casino feel that the game was missing is finally here and it looks like it’s here to stay.

The NFL had long opposed legalizing sports betting since as early as 1991. This is why the 180-degree transformation is still mind-boggling, especially considering the NFL’s latest sponsorship with Caesars.

Other forthcoming NFL events, such as the 2022 Pro Bowl and the 2022 NFL Draft taking place in Las Vegas, will include Caesars operators. Not to mention the numerous local team-Casino sponsorships. All this just proves how symbiotic integrations are always essential and increasing the longevity of organizations.