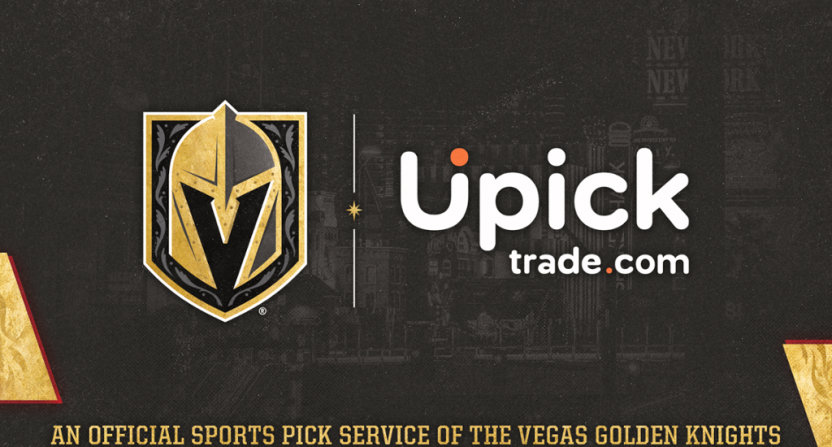 On Wednesday, the NHL’s Vegas Golden Knights announced that they had begun a multiyear partnership with UpickTrade.com, a website based in Guadalajara, Mexico, that sells game picks. As part of the announcement, they were designated as the Official Sports Pick Service Partner of the Knights. The deal also made the Knights the first professional US sports team to sign a partnership with a tout service (a business that sells opinions, betting lines, and picks for use in placing wagers on sporting events).

By Saturday, UpickTrade was showing up as an official sponsor of the Knights on the team’s official NHL website.

By Sunday, the deal was off. The franchise announced that they “have ended their sponsorship agreement with UpickTrade” and that “the organization will not have additional comments on the matter at this time.” Meanwhile, a UpickTrade spokesperson told ESPN that “we are still in shock about the decision.”

So what happened in the span of a long weekend to kill this partnership? A fairly universal panning of the arrangement and its potential impacts, basically.

Per Todd Dewey of the Las Vegas Review-Journal, the initial announcement of the deal was met with universal disdain on the team’s Twitterfeed (the initial tweet has been deleted) and plenty of the mentions about it elsewhere were negative as well.

As someone that worked for such a service, I'm trying to imagine the marketing pitch meeting.

Also imagining, with dread, the phone calls to the office after VGK loses a game they were picked to win.

Love me some VGK….but this is a bad, BAD, idea.

Outside of going with the Tennessee or Oregon lottery, I can't imagine a dumber idea than the Knights going into bed with a tout service. While at the Stardust we literally started our own rotation to get rid of the tout service adds. What is going on here.

I give this a few days before the Golden Knights back out. What an awful idea. https://t.co/EhUwa6mo4m

At the heart of the near-universal distaste for this arrangement were concerns over UpickTrade’s ability to sell picks on Knights games and whether or not they might have access to inside information directly from the team, such as injuries or lineup changes. UpickTrade told ESPN they would be allowed to sell picks on games involving the Knights but they “did not expect to receive injury or lineup information from the team.”

UpickTrade, which was launched in 2017, charges $89 a month for its pick information. They claim that customers can receive an annual return on their investment ranging from 28.56 to 687.24 percent.

While pro sports leagues have softened their stances on gambling promotion, somewhat, in recent years, the pick-selling industry still presents some tricky minefields and a bad reputation for fake information, “both-side” bet sales, and straight-up lies. The idea of a pro sports team partnering with a company that makes money by selling “expert” information about that team for gambling purposes seemed beyond the pale to many, especially those in the gambling industry.

“The obvious issue is the unscrupulous nature of the tout business itself,” USBookmaking sportsbook director Robert Walker told the Review-Journal. “Some, not all, lie or mislead about their success rates, etc. It is not a business a sportsbook would want to be in bed with. It is a thousand times worse for a sports team to be associated with one, less sponsoring one.

“I never in my wildest imagination believed we would be talking about a team from a major sport sponsoring a tout service. So wrong on so many levels that it’s hard to know where to start.”

Apparently, we won’t have to start as the deal is already done.