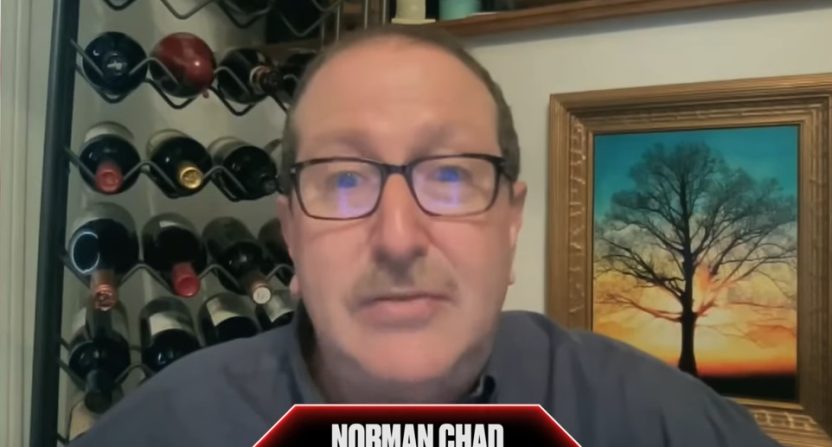 The World Series of Poker (WSOP) is underway and will run through July 20. Its most recognizable face is Norman Chad who has been providing color commentary on the event since 2003. There is a big change this year with the site shifting to Bally’s and Paris Las Vegas Hotel & Casino. The WSOP will be broadcast by CBS Sports with daily streaming on PokerGo and other sites like 카지노사이트.

Awful Announcing caught up with Chad who was a Washington Post sports columnist and a guest host for Pardon the Interruption. He hosts a gambling and culture podcast called Gambling Mad with Norman Chad.

How do you think the venue change will affect the WSOP?

“I don’t know how many poker players you know, but it’s a tough lot. If you tell them it’s going to be sunny all day, they would wonder where the clouds are. We’re just never happy. Poker players have their comfort zone and tend to complain about everything. So, it’s a big change.”

Did you ever think you’d be doing it this long?

How did you first get involved?

“It was an accident of fate. I was not a broadcaster. I was not a poker pro. I was doing other stuff for ESPN. When they decided to do more poker, the guy who hired me at ESPN knew I played poker, but he didn’t realize I wasn’t a poker pro. I didn’t even play the game that we show: no-limit hold ‘em. …

“The production company had no poker background. He asked me to consult with them to help them. I did that. After several months, they called me up and much to my surprise they asked ‘would you be interested in being a color commentator?’… I thought about it for several weeks and said sure I’ll do it.”

Do you have any thoughts on how sports leagues now embrace gambling?

“Once it became more sanitized, more accepted in the public eye, there was little chance that the leagues were not going to get into bed. I don’t blame them. It all has to do with money. If you’re Jerry Jones or Mark Cuban and you see this massive economic engine that’s driven off your product, why wouldn’t you want to have a piece of the pie?”

You were a backup host on Pardon the Interruption in the early days but suddenly disappeared from the show. What happened?

“I was a guest host a couple of dozen times, minimum. I appeared on it on Five Good Minutes 10 or 20 times. Then I was persona non grata. … It was either (Tony) Kornheiser himself who said no more Norm, or the guy who ran the show (executive producer) Erik Rydholm. It had to be one of the two and it was probably both.”

And you never asked why?

“No. I know how Tony operates. I was like Tony’s little brother. I loved helping him with his column. I loved being at the (Washington) Post with him. I spent a lot of time with him. I had many dinners at his home.”

Why do you suspect Kornheiser?

“Tony is capable of stabbing someone in the back and having no blood on his hands. When I saw it happen to other people who I knew well, respected, and were friends with, Tony was operating the same way there so my goodness, I guess he did the same thing to me.”

When was the last time you spoke with him?

“I have not talked to him since after it happened. It has been more than 15 years. The only time I refer to Tony is when people ask me questions about Tony. I tell them that Tony is dead to me.”

Why was Bob Costas mad at you?

“I called NBC to get his height. It was something I was doing writing-wise. It was a bad idea on my part. It might have been as stupid as ‘He may be only 5-5 ½, but he looms large.’ Really bad writing. I don’t make fun of people’s height or weight. He wanted me to correct it to 5-7. Among the reasons I didn’t do the correction, the PR person told me ‘FYI, he’s 5-5 ½.’

“He’s crazy. … It’s that old thing about a Napoleon complex or something. He wanted his height reported taller, which I thought was a pretty small detail for one of the best broadcasters of his generation.”

You used to gamble on sports, but you don’t anymore. Why not?

“(In the 1980s), I wanted to get even for the week, so I made the biggest bet I had made at the time: $800. I broke a rule of mine: never bet on or against a team you root for. I bet on the Orioles that day. They had like a 3-0 lead in the ninth, grand slam, and I lost the bet. After I turned in the money to the bookie, and that was a lot of money at the time, I told myself I will never make another bet. If I can lose myself not on drugs or drinking over the course of one week and do the stupidest thing possible which is doubling your bet, I can’t do this anymore. I went cold turkey. That week I lost five or six straight bets and lost between $1500 and $2000 which was the exact amount I had won over the previous 15 months.”

In your syndicated Couch Slouch column, you wrote that you gave away $1.25 to readers if their question was chosen. Did you really do that?

“I wanted to have a reader element to the column. I decided that I would make it a cash giveaway. … Sent a dollar bill with a quarter taped to the bottom of the letter. People were thrilled to receive it. They would send me back pictures and frame the letter. Someone pointed out to me that I would have saved a lot of money if I sent a check. Most people aren’t going to cash a check for $1.25. But I had so much fun sending the money.”