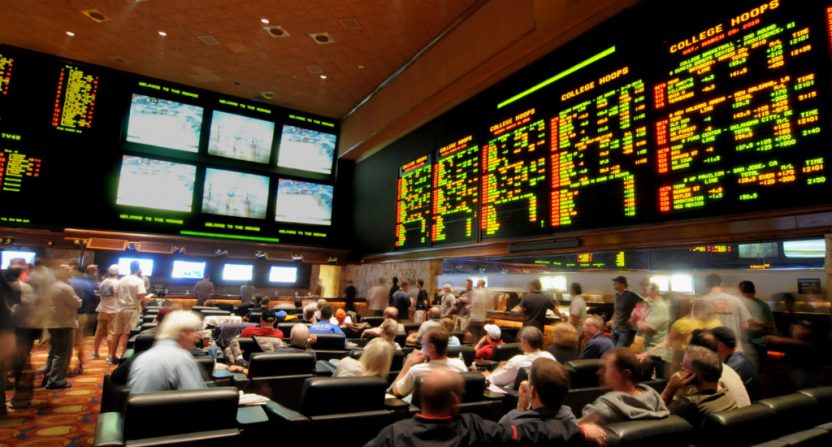 Gambling content might be the new sports media bubble, but it’s going to be here for a while. Even the league itself is getting on board, offering a gambling-focused alternate stream for select games.

NBC Sports Chicago is taking up the gambling mantle this week as well, partnering with PointsBet for an alternate broadcast set for Thursday’s Bulls-Hornets game.

Via Jeff Agrest at the Sun-Times:

NBC Sports Chicago will present an alternate broadcast of the Hornets-Bulls game at 8 p.m. Thursday geared toward sports betting. The “BetCast” will appear on NBCSCH+, opposite the regular broadcast on NBCSCH.

The network and sportsbook PointsBet are partnering for the presentation, which will be led by NBCSCH host David Kaplan, Bulls analyst Kendall Gill and PointsBet senior editor Teddy Greenstein. They’ll give viewers data, analysis and commentary with a gambling focus.

As for what sort of content will actually set this version apart from the traditional :

The broadcast will show live odds on the screen, including the spread, over/under totals, moving money lines and player prop bets. Team and player performances and trends also will appear on a graphic overlay surrounding the game telecast.

Gambling content is certainly a cottage industry at the moment, with outlets across all media rushing to provide supply for a demand that may or may not be there. On the other hand, producing alternate feeds like this can’t be that much more expensive when you’re a network that’s already producing a game to begin with, and if it can bring in a larger or different audience, the upside might be worth it.

It’s hard to imagine this being an every-game utility for every RSN out there, but then again, a lot of them are now currently named after Bally’s, so anything is possible.