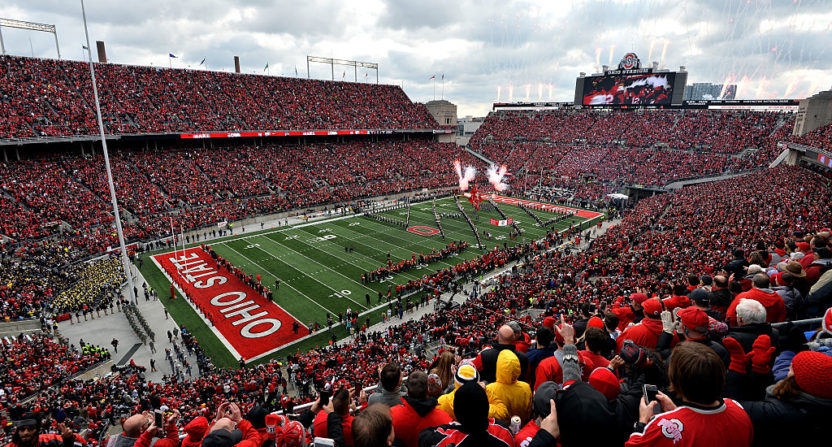 Many Ohio sports fans started the new year by betting on the newly launched betting market. Sportsbooks such as betJACK and BetMGM enjoyed an early license and were able to enjoy immediate customers. However, the issues of the first bettors and the issuing of licenses have caused media controversies to top headlines celebrating the launch and raises new questions around betting coverage.

2023 will be the year of sports, according to residents in the Buckeye state. For starters, the first day of the new year saw online betting legalized in Ohio. The launch was a big step for sportsbooks and local teams alike, and fans started placing bets already in the first few minutes after midnight. Ohio is the 33rd American state to legalize betting since 2018 and is hoping to see the same success as its predecessors.

The petition to legalize sports betting in Ohio was signed by Governor Mike DeWine on 29 December 2021, giving sportsbooks a year to prepare for the opening on 1 January 2023. The market will be open for both professional sports, esports, and college sports, and fans will be able to place their bets online as well as in person at stadiums, casinos, bars and restaurants. The market will be regulated by the Ohio Casino Control Commission, who will take out a 10% net revenue tax out of which 98% will go to funding public and private K-12 schools and 2% to problem gambling assistance.

Despite many Ohioans welcoming the opening of the betting market, the very first day got clouded by dark sports media history. The first person to place a bet on the market was none other than disowned MLB profile Pete Rose. The Cincinnati-born former Reds player has an infamous history with betting which lead to his 25-year ban from Major League Baseball. After playing successfully for the Reds for a number of years, and then managing the team, Rose was found to have gambled on more than 50 Reds games for large sums, and was consequently banned.

Several medias have therefore called his eagerness and enthusiasm to join the Buckeye state betting ranks “ironic”, “hypocrisy”, and “hilarious”. The bet he placed his money on adds to these sentiments, as the ballot read that the Cincinnati Reds will win the 2023 World Series, even though the Reds are currently expected to finish the season in the bottom spots. While some argue for the absurdity of the situation, others use it to point to the undying loyalty Rose feels towards his team, even after the scandals and bans.

Since his expulsion from the League, Rose has maintained a strong interest in the MLB, and has worked the sports commentary at Fox between 2015-2017, as well as started a betting podcast in 2021.

Even more so than the controversial personal behaviors of Pete Rose, the headlines surrounding the opening of the Ohio betting market has been covered with licensing liabilities. Two major sportsbooks, DraftKings and Penn Sports, have both gotten in trouble even before the market officially opened. Barstool broke gambling marketing laws by doing active advertisement for the betting launch at a college, and causing their sportsbook owner Penn Sports to fall victim to a hefty penalty sum. The event, which took place at University of Toledo, encouraged sportsbook pre-registration amongst other topics. Any form of gambling advertisement on or near college campuses are strictly forbidden, partly because of many students not being of legal gambling age.

DraftKings too was found to have pointed their advertisement to a younger audience, and was fined $350,000. Their crime included sending out gambling invitations to people under the age of 21, and therefore not of legal gambling age.

As a result of the aforementioned legal breaches, Governor DeWine has had to put a damper on the media coverage of the grand opening of Ohio betting. The situation raises questions regarding what type of media should be prioritized when it comes to gambling. Is the continued wave of American betting legalization a matter of celebration, caution, or controversy?

As soon as it was clear that the Buckeye state would open up its gambling laws, several sportsbooks sought to get an early registration in order to attract the first customers. Amongst these pioneers was the popular betJACK, an established sports betting actor on the market.

BetJACK is one of the world’s leading online sportsbook platforms, and serves in more than 30 countries. Established in 2010, it was one of the first to offer an extensive betting selection and a stable platform for customers across national borders. Today, Ohioans can bet on more than 100 sports while using betJACK’s services, out of which players can find both in-play betting options and virtual sports tournaments.

BetJACK was not the only sportsbook that wanted to get on track early. On January 2nd, there were 13 other operators ready to go live. These included many big names, including BetMGM, FanDuel, and PointsBet. Sportsbooks who have not yet received their Ohio license can still do so, and many are expected to join the current ranks.

As of January 1st, Ohio became the 33rd state to legalize betting in the US within 4 years. This short span is thanks to the Supreme Court’s 2018 decision to strike down PASPA, which had previously prohibited states from legalizing gambling on sports. The newfound freedom has allowed operators such as BetJACK and FanDuel to enter the market for the first time and offer a comprehensive online sports betting experience. The wave of legalization has also been felt more broadly, with many states embracing new forms of gaming such as fantasy sports, esports, and even daily fantasy games.

The legalization has already had a massive impact on the US economy. According to a report by the American Gaming Association, sports betting is estimated to generate $20-$40 billion in GDP annually. This newfound revenue has and will be used to fund various programs such as education, healthcare, and infrastructure improvements.

The betting movement has also brought additional consumer protections and regulations to ensure fairness in the marketplace. All sportsbooks must now be registered with state gaming commissions and are subject to strict rules and requirements regarding their operations. This helps protect consumers from possible fraud, abuse, or other unsavory practices. Furthermore, states have implemented various measures such as age restrictions and self-exclusion programs to ensure that only those who are legally allowed to gamble partake in the activity.