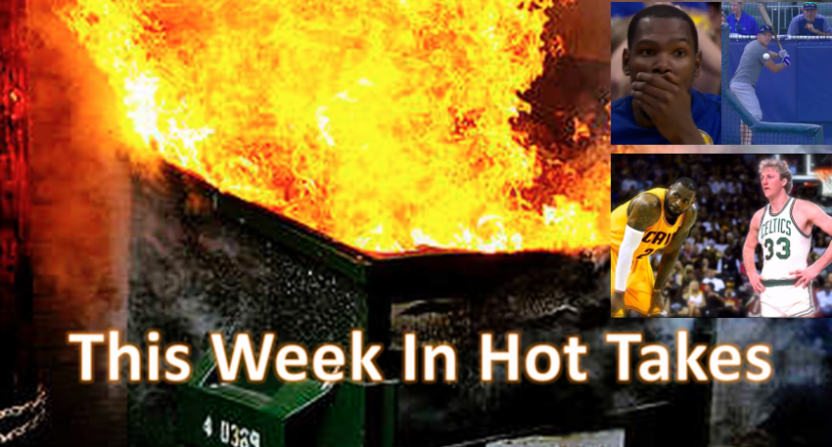 Welcome to another edition of This Week In Hot Takes, this time covering the hottest sports media takes from July 27-Aug 2.

5. Ed Werder responds to Torrey Smith’s anti-incarceration shirt with “We need more and better parenting too”: Former ESPN NFL reporter Ed Werder wades into some interesting waters on Twitter sometimes, such as going after Sports Illustrated‘s Charlotte Wilder for daring to offer advice to women hoping to work at SI. Werder again missed the point of someone else’s tweet this week, responding to Carolina Panthers’ receiver Torrey Smith’s #SchoolsNotPrisons anti-incarceration shirt and tweet with a take on parenting:

We need more and better parenting too. https://t.co/kFImPs7YU4

Can parenting be important to children’s futures? Of course. But bringing that into the conversation Smith is trying to have about the racial inequalities in education access and in incarceration is completely misguided at best, and an attempt to distract from Smith’s actual message at worst. And there’s also a long and problematic history of politicians suggesting that minorities aren’t disadvantaged thanks to racism, but thanks to “absent fathers,” and whether or not Werder was specifically trying to channel that, his comments are going to bring that to mind for many. This wasn’t the best tweet from him.

4. Skip Bayless gets mad that LeBron James dunked at his son’s game, but not in a NBA dunk contest: It must be the dog days of summer, because Skip is stretching even more than usual for vaguely sports-related hot takes:

“Finally, after 15 seasons, LeBron James finally participated in and won a dunk contest…against 13-year-olds! …I’m saying when I saw this last night, ‘What are you doing, LeBron?!’ I nearly fell off my chair, I thought ‘Is this somehow Photoshop, CGI, Mission: Impossible stuff?’ No, it happened! It was just so pathetically wrong on so many levels.”

No, what’s just so pathetically wrong on so many levels is that a 66-year-old man spends his morning yelling about LeBron James daring to dunk at his son’s game, and daring to choose not to participate in NBA All-Star game Dunk contests. This is yet more proof that Bayless can take anything LeBron does and turn it into a criticism. To borrow from Douglas Adams, if it was LeBron inventing the wheel, Bayless would be one of the people arguing that he’d made it the wrong color.

3. Rob Parker is back on his acronyms: Speaking of pointless Fox talking heads looking for things to complain about, here’s “Journalist of the Year” (or, as Colin Cowherd more accurately describes him in this clip, “The FS1 Instigator”) Rob Parker going off on Kevin Durant as “The MSOAT, The Most Sensitive Of All Time” (around the 4:45 mark, after starting with some complaints about Carmelo Anthony):

“It makes no sense, and you just said it. The guy’s won two championships, two MVPs in the finals, and instead of people thinking of him as the second-best in the league, he is officially the M.S.O.A.T, the Most Sensitive Of All Time. Because he is that guy, Colin. He’s got a burner phone. Who has a burner phone who has two MVPs in the NBA Finals? Who cares if Johnny in his basement, eating french fries and drinking a Dr. Pepper, doesn’t like you or says something that you’ve got to respond back to him. Kevin Durant should be in Europe on vacation, someone should be feeding him grapes. That’s what he should be doing! What kind of life are you living where you’re worrying about the fans and what they’re saying, or about the sportswriters?”

Look, yes, it’s not unreasonable to suggest that Durant’s feuds with other NBA players and regular fans on Twitter aren’t necessarily always the most productive use of his time. But Parker takes that and goes a mile further, making this argument in an over-the-top and ridiculous way, from the acronym (one of many absurd acronyms he’s dropped) to the “feeding him grapes.” And it should be noted that maybe Durant keeps an eye on criticism thanks to all the ridiculous criticisms of him, especially from media members who should know better? Also, this particular move from Durant came not in response to “Johnny in his basement,” but to Portland Trail Blazers’ guard C.J. McCollum, who called Durant’s decision to join the Golden State Warriors “soft” on Twitter, shortly after Durant had guested on his podcast. That’s not exactly the most unreasonable thing for Durant to get upset about. And Parker’s outrage about this suggests that perhaps the M.S.O.A.T is a better label for him than Durant.

“You know I grew up in the Dodger organization, and certainly was taught how to play professional baseball and how to do things the right way. I want you to look at some things going on today at batting practice here with the Dodgers. What do you see? You see t-shirts, you see Chase Utley with no socks, pants up over his knees, a t-shirt. This was prevalent with their whole team.”

“And I think about fans that come to SunTrust Park who are Dodgers’ fans, they have no idea who any of them are, nobody had any kind of uniform on or batting practice shirt with their name on their jersey. They looked very unprofessional. And I think I can say this because I know what the Dodger organization is all about.”

…“And if I were a Dodger fan, I’d be embarrassed. And I don’t know how Major League Baseball allows such attire when the gates are open and fans are watching. Chase Utley, I’ve had nothing but respect for him his whole career, I think he’s a great player, I thought he always played the game the right way. That was an embarrassment, what he had on during batting practice.”

An easy way to sum that one up is from another Simpson: 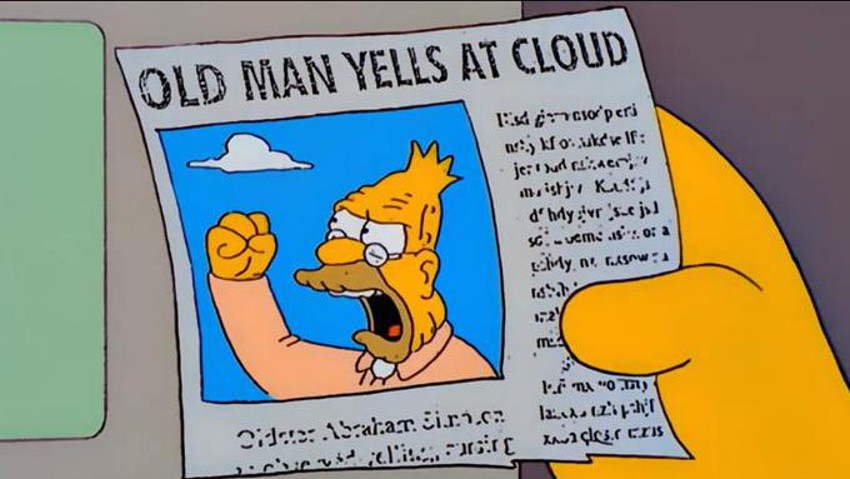 Simpson managed to tick off Dodgers’ players and manager Dave Roberts with this one, and he also managed to record one of the hottest takes of the week.

Do Tennessee fans who are taking delight in Schiano getting passed over for Interim tag realize that their outrage over his hiring has forever tainted him? Congrats?

It’s not particularly the outrage that “tainted” Schiano and led to him losing the Tennessee job shortly after landing it, but rather secondhand allegations from Mike McQueary that Schiano claimed to have seen abuse at Penn State, plus complaints about his treatment of players at Rutgers and in the NFL. And there’s the whole lack of success thing; Schiano was 68-67 overall at Rutgers, which yes, is nice for that program, but doesn’t exactly scream guaranteed success elsewhere, and he went 4-8 in his second-to-last season there (2010). He was also 11-21 in the NFL, including a 4-12 2013 campaign which pretty much ended with a player revolt. That was his last head coaching stint, and it’s not exactly something that screams success.

And much of the Tennessee outrage was about the hiring of such a problematic coach with an uninspiring record. Why shouldn’t their fans again be happy that Schiano didn’t receive a prominent job, especially after many media members tried to insist that Tennessee fans were “hypocrites” and “idiot protesters” for not wanting to have their school led by such a questionable choice? (They wound up with Alabama DC Jeremy Pruitt instead, and that’s a much more inspiring hire.) Gottlieb’s take here is dumb, and it doesn’t offer any compelling reason why Tennessee fans shouldn’t be happy Schiano isn’t getting another head-coaching job. But it’s maybe not even the most questionable argument Gottlieb made this week: