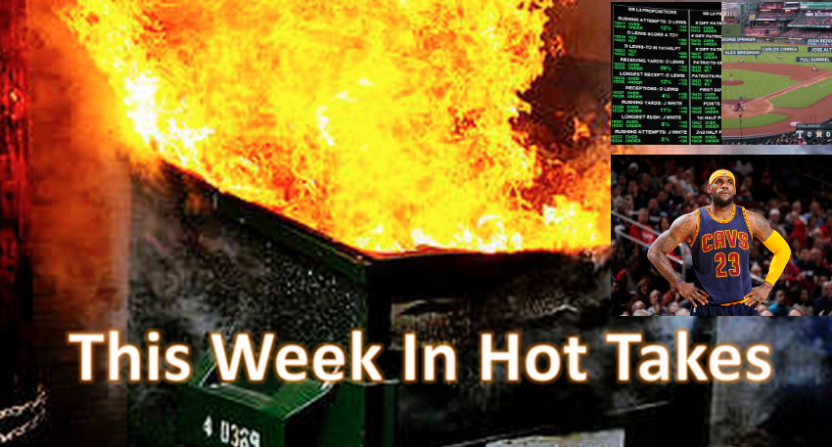 Welcome to another edition of This Week In Hot Takes, this time looking at the hottest sports media takes from May 11-17.

5. Phil Mushnick hates gambling: The Supreme Court handed down a decision that could pave the way for greatly expanded legal sports wagering, which could have plenty of impacts on the sports world and the sports media world. And it’s absolutely shocking that New York Post columnist Phil Mushnick, lover of the moralistic high ground and the “back in my day” arguments, is not a fan. Some highlights from his “We already know how bad it will get with legalized sports betting” column:

Wanna play a game? It’s called “Two-Plus-Two” But it’ll cost you five. I make the rules, I deal the cards from my deck, I distribute or collect all the money. Seems like a sucker’s game? You bet. But it now carries the Supreme Court’s stamp of approval. Every one into the fool pool!

…The same cons are now in play with the Supreme Court’s decision that ignores or is ignorant to why the gambling industry prefers to call itself the “gaming” industry. It’s because gambling — the frequent and/or big-bangers’ kind designed to enrich the house — is a vice.

And it’s the kind of vice business driven by the institutional and mathematical guarantees that those gamblers — be it on cards, dice, horses or Russell Westbrook — will lose their money then come back for more until there is no more.

…Our pro leagues for decades opposed added legalized gambling on their games as a matter of integrity — doing right by fans, players and kids while avoiding or minimizing public suspicion of missed layups and dropped passes.

But as addiction to TV money grows, gambling serves increased or steadied ratings, thus the leagues, networks, teams and team owners began to invest in DraftKings, FanDuel — “fantasy league” bad-bet gambling that all parties insisted were not gambling, an outrageous lie based on the wish and want to share fans’ gambling losses.

…And as pro leagues now examine and pursue the establishment of their own gambling operations as a case of “if you cant beat ’em, join ’em,” TV revenue and a cut of gambling losses is enough to make sinkholes of their high roads.

It isn’t a matter of politics, preaching perception, philosophy or party poopering. It’s a matter of applied common sense. Gambling is not good for what ails us; shameless greed continues to remove the sport from our sports.

It’s all well and good to note that gambling can pose problems for some, and that legalization and regulation efforts should involve some measures to address that, but this is going a whole lot further than that. And while Mushnick is right that casinos didn’t solve all the problems for Atlantic City, this is a rather different issue than specific casinos; it’s one where there’s already a lot of sports betting going on illicitly, and finding ways to tax and regulate that, and it’s one where many people who don’t currently bet on sports might be interested in making the occasional bet if there was a legal and easy way to do that. Gambling expansion isn’t necessarily universally good, but a lot depends on how it’s done, and this kind of hand-wringing when we don’t even yet know the framework is incredibly puritanical. As with many Mushnick columns, this one can be encapsulated in two Simpsons images. 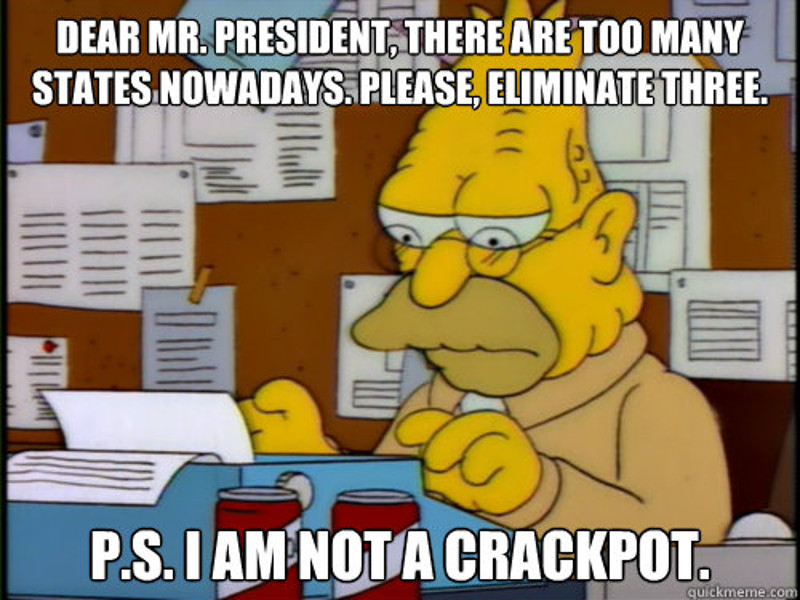 The Astros’ shift on Joey Gallo is preposterous. Spoiler: He grounded into the shift. pic.twitter.com/FuiShuFcFG

Baseball needs a rule against this sort of nonsense. Game is being ruined. https://t.co/nQY67GKTob

That’s a heck of a take, saying the game “is being ruined” by players positioning themselves where particular batters are most likely to hit and that there should be a rule to prohibit that. Also, as many noted on Twitter, this isn’t exactly new, and hasn’t ruined the game so far:

3. Ben Maller calls LeBron’s neck injury “a gift from the heavens,” “the most convenient fall guy you could possibly have”: With the Cleveland Cavaliers down 2-0 to the Boston Celtics in the NBA’s Eastern Conference Finals, the takes on LeBron James are coming in hot. One comes from Fox Sports Radio’s Ben Maller, who took the news of LeBron suffering a neck strain in a Game 2 collision with Jayson Tatum (he returned to play, and finished with 42 points, 10 rebounds and 12 assists) as James already preparing excuses for a series loss:

“This LeBron James neck injury is a gift from the heavens is what it is. It’s come falling down from the pearly gates. It is the most convenient fall guy you could possibly have. It’s like ‘Don’t blame LeBron,’ who overall, when he’s been on the court in this series, the Cavaliers have been outscored by 41 points. 41 points they’ve been outscored when LeBron’s on the court! But it’s not his fault, it’s never his fault, it’s always someone else’s fault. He’s the gladiator, he’s the hero, he played with a damaged neck or a concussion, depending on which media dope you buy into.”

The real media dope here is Maller, who’s spinning an injury as a possible good thing (because how a player is viewed by the media is so much more important than their actual health!), ignoring that LeBron has been one of the few productive Cavaliers in this series, and finding ways to pick at him despite his remarkable showings so far. This is like a generic knockoff version of a Skip Bayless take.

2. Stephen A. Smith and Colin Cowherd both say LeBron is better off losing in the Eastern Conference Finals, as that lets him avoid a Finals loss: Another example of the absurdity of applying media motivations to players came from two surprisingly different sources this week, ESPN’s Stephen A. Smith and FS1’s Colin Cowherd. They argued that LeBron either “won’t be bothered” (Smith) or is “better off” (Cowherd) losing at this stage, as the strength of the remaining Western Conference teams means he’d likely get another Finals loss:

The argument that Finals losses are somehow a mark against a player is insane, especially when you take it to the logical conclusion of saying that it’s better off to lose in an earlier round than to win that round and then lose in the Finals. Bayless has been spreading this lunacy for years by talking about the greatness of Michael Jordan’s unbeaten Finals record (and ignoring the times Jordan’s teams didn’t make it that far), and it appears it’s now catching.

1. Skip Bayless insists LeBron plays “little to no defense” and “What ultimately separates MJ, Kobe and KD from LeBron is what no one wants to talk about: defense.” Speaking of Bayless, the world’s foremost LeBron hater, it was obvious he’d have some LeBron takes and continue to find ways to pick nits in LeBron’s remarkable offensive showings. Last week, it was “Did he call glass?” to try and devalue LeBron’s incredible game-winning shot against the Raptors. This time around, Bayless is questioning LeBron’s 42-10-12 triple double by wondering about his defense:

"LeBron James, after 15 years in this league, plays little to no defense even in a playoff game, and I have to tell you: it really, deeply offends me to watch it." — @RealSkipBayless pic.twitter.com/mmKAYxQqij

That’s exactly the kind of provocative LeBron-bashing Fox is reportedly paying Bayless over $6 million a year for, and that can be shown in how they further pushed this take out with not one, but two Twitter graphics:

But it’s an absurd take. For one thing, LeBron has often been remarkable on the defensive end, from chasedown blocks to shutting down opposing stars. For another, if his defensive effort actually hasn’t been as strong in this series (and that can be debated), that might have a whole lot to do with the burden being placed on him at the offensive end, and with the lack of help from his teammates. The main advantage of going at his defense is that it’s harder to quantify outside of the realm of advanced stats (which of course Bayless isn’t touching), though, so it’s something Bayless can always throw out as an example of whataboutism. “Did you see LeBron drop 42?” “Yeah, but what about his defense?”

It’s not clear that any of Jordan, Kobe and Durant have been consistently better defenders than LeBron, but it’s one more argument for Bayless to make that LeBron isn’t great. And it’s an example of how Bayless will always have something to criticize LeBron for. If LeBron managed to solve world hunger while simultaneously putting up a 100-point, 50-rebound game, Bayless would still probably say “What about the defense?”