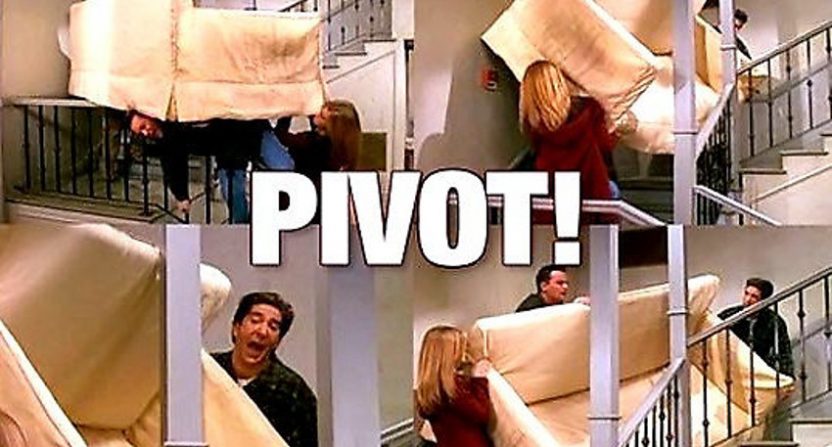 It’s the three words that may define digital media in the latter part of this decade. All over the sports media and the wider internet, media outlet after media outlet shunned the written word in the name of pivoting to video. Media companies laid off writers and journalists and moved their content focus from the written word to videos. The pivot to video is based in the idea that videos were more lucrative from a revenue perspective and would keep consumers around for longer than written articles.

Many observers have been skeptical of this strategy from the beginning. The most extreme example in the sports world came at Fox Sports, who basically gutted any writing from their website in favor of an all video and highlight strategy. The results for Fox, at least from a web traffic point of view, were nothing short of a complete and total disaster. Fox astonishingly lost 88% of its traffic directly after the switch was flipped to video. I’m pretty sure FoxSports.com still exists, but it’s the proverbial tree falling in the woods at this point.

Of course, Fox wasn’t alone – studies showed consistently that other websites who had pivoted to video saw substantial traffic losses as well. Vice Sports, Bleacher Report, MTV, and others in media shifted editorial resources from writing to video as well and sometimes layoffs came with this strategy. But as long as the video views came in, it would all be worth it, right? Apparently not.

In a mind-blowing report from the Wall Street Journal, a lawsuit filed by advertisers against Facebook has revealed that the social media giant greatly over-estimated time spent viewing videos online. Why does this matter? Because the entire basis for media companies pivoting to video was nothing more than just a house of cards.

The Nieman Lab adds some much needed context:

If that is true, it may have had enormous consequences — not just for advertisers deciding to shift resources from television to Facebook, but also for news organizations, which were grappling with how to allocate editorial staff and what kinds of content creation to prioritize. News publishers’ “pivot to video” was driven largely by a belief that if Facebook was seeing users, in massive numbers, shift to video from text, the trend must be real for news video too — even if people within those publishers doubted the trend based on their own experiences, and even as research conducted by outside organizations continued to suggest that the video trend was overblown and that news readers preferred text. (Heidi N. Moore put many of these trends together in 2017, and her accounting is only strengthened by the new information that we’re seeing this week.)

…We may not be able to pinpoint exactly what Facebook knew when. We don’t know all the factors that went into individual publishers’ decisions to pivot to video; we can’t see their individual analytics, what they had confirmed by third-party sources versus what they were getting from Facebook. And it’s impossible to separate out how much of that pivot was a desperate move made at a time when things were already bad, from how much that pivot made things worse.

What does seem clear now is that Facebook’s executives’ statements about video should not have been a factor in news publishers’ decisions to lay off their editorial staffs. And yet it’s hard not to conclude that publishers heard that rhapsodizing about the future, from VPs like Mendelsohn, and assumed that Facebook knew better than they did, that Facebook’s data was more accurate than their own data was, that Facebook was perceiving something that they could not. That their own eyes were wrong.

This truly is an unbelievable development and could completely change the way that digital media moves forward. If the “pivot to video” really is built on shady numbers that aren’t really true, then maybe it’s past time to pivot back?

One can only look at the business model of The Athletic to see that there’s a future in relying on the written word. While the rest of the digital media was focusing on video and laying off writers, The Athletic was scooping them up all across the country. With writers continuing to be added and new Athletic branches opening up seemingly every week, it’s a model that seems to be growing for the moment.

Publishers have already been seeing the evidence that the “pivot to video” was a failed strategy and the Facebook bombshell may be the final blow. It will be fascinating to see if these companies who have pivoted to video attempt to reclaim a focus on the written word and try to draw back both writers and readers. Hopefully it’s not too late to undo the damage that has already been done. It has been a challenging time to be working in the media, and the doomed “pivot to video” may be its defining event.