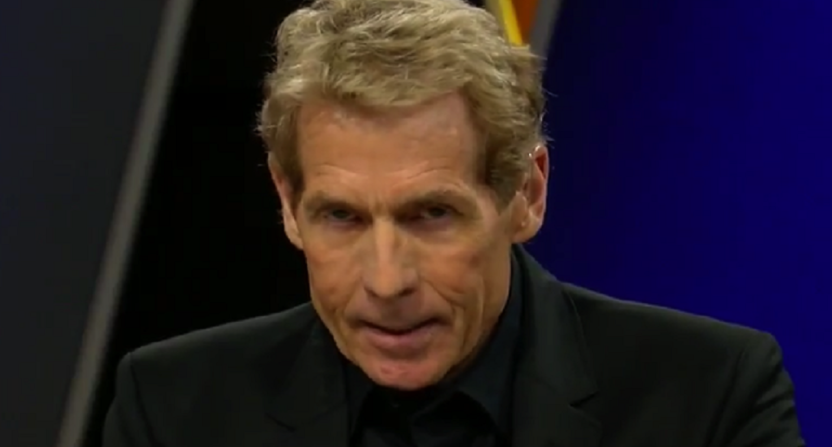 When people think of sports debate, Skip Bayless is one of the first people who comes to mind. Whether you love debate shows or hate them, it’s understood that Bayless is one of the most prominent faces of the debate show genre. Whether it was debating against Woody Paige on Cold Pizza, Stephen A. Smith on First Take, or Shannon Sharpe on Undisputed, Bayless has been one of the poster children of the “embrace debate” movement since it began.

In a piece by Newsday’s Neil Best, Bayless discussed his switch of networks from ESPN to Fox three years ago. The profile touched on some rather peculiar things like keeping his watches and clocks set to Eastern Time rather than Pacific, even though he now lives in LA, but that might not be the most wild claim in the piece.

When asked about whether or not the debates are genuine, Bayless said that he wasn’t upset at the interviewer for asking the question, but he was upset at the thought of manufacturing a debate.

Bayless insists their positions are pure, never doctored for attention or added sparks, a charge he has heard before.

“I’m not angry with you for asking that, but I get angry at that notion, because it is so false, and anyone who has been even remotely part of our process would laugh at that notion,” he said.

“We never, ever have tricked up a debate. We’ve never contrived a yin-yang debate, because it won’t work. I will not allow anybody, especially Shannon Sharpe, to lie to me on national TV because I can’t take that seriously . . . I have never, ever, as God is my witness, contrived a single debate in a single show.”

Said [Charlie] Dixon [Fox Sports’ executive VP of content], “There was never once in the history of this show or the one I was doing before [on ESPN], a time when we said, ‘You know what would be great: If you could do this other side of the argument.’ He’s so against that. Skip would kill me.”

After first having a nice and healthy laugh at this denial, I can believe that Bayless believes this, but something about his bold claim makes it tough to believe. It’s like the years before Vince McMahon told us what we all knew about pro wrestling being a work. There’s no way it couldn’t have been a work, but if you were to tell a pro wrestler before the 90s that what they did was “fake,” you’d get your ass kicked.

Bayless is correct in that manufacturing a debate makes for a worse show, but there’s just no way two people can disagree with each other about just about every issue, every day, and have something not be manufactured. Yes, Bayless and Sharpe agree on something every once in a while, but that’s the exception, not the rule.

Bayless can believe that he’s never contrived a debate and hey, maybe he’s correct. But just like in the wrestling business, one has to wonder if this is the truth, or if Skip is just keeping up kayfabe for the good of the business.