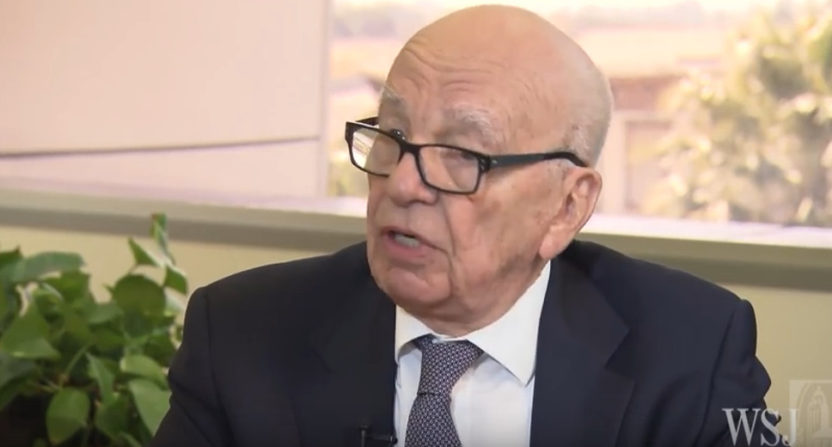 There’s been a lot of debate about news organizations’ challenges in 2018, much of which has centered on how they use Facebook. And following the recent discussion of Facebook dialing down the percentage of posts from publishers that will be seen in users’ news feeds and striving for “high quality” news (to be determined by user surveys, which has drawn criticism), Rupert Murdoch (the executive chairman of NewsCorp and the executive co-chairman of 21st Century Fox) has issued a statement with his own thoughts on how Facebook should deal with media outlets. Namely, he thinks the company should pay publishers:

“Facebook and Google have popularized scurrilous news sources through algorithms that are profitable for these platforms but inherently unreliable. Recognition of a problem is one step on the pathway to cure, but the remedial measures that both companies have so far proposed are inadequate, commercially, socially and journalistically.

There has been much discussion about subscription models but I have yet to see a proposal that truly recognizes the investment in and the social value of professional journalism. We will closely follow the latest shift in Facebook’s strategy, and I have no doubt that Mark Zuckerberg is a sincere person, but there is still a serious lack of transparency that should concern publishers and those wary of political bias at these powerful platforms.

The time has come to consider a different route. If Facebook wants to recognize ‘trusted’ publishers then it should pay those publishers a carriage fee similar to the model adopted by cable companies. The publishers are obviously enhancing the value and integrity of Facebook through their news and content but are not being adequately rewarded for those services. Carriage payments would have a minor impact on Facebook’s profits but a major impact on the prospects for publishers and journalists.”

While Murdoch’s comments here will certainly be met with some praise from media outlets that want money from Facebook, there are a few things wrong with them. First off, Murdoch talking about “scurrilous news sources” should be taken with a grain of salt given some of the scandals at his companies. Beyond that, it’s not quite so obvious that publishers are “enhancing the value and integrity of Facebook through their news and content but are not being adequately rewarded for those services.” In many cases, what’s being posted on Facebook is links and excerpts rather than the entire article, and it’s usually designed to get people to click through to the organization’s website (especially when the organization itself is posting these stories).

There can be arguments about how valuable that is and if there are better ways to do it, but Facebook is a major source of traffic for many publications (publisher association Digital Content Next’s Jason Kint wrote last week that “Facebook drives about 17% of the inbound visits to DCN members“), and thus a boost to their bottom line. It seems unlikely that Facebook would pay these publishers for the privilege of directing people elsewhere. And that’s in significant contrast to the carriage fee model on TV, where the content seen is whole, complete and an end in its own right.

Now, paying news organizations to create full and complete content that lives only on Facebook (whether at first or in perpetuity) and doesn’t redirect elsewhere might have more merit, and might be closer to the TV model. And Facebook has actually tried that in a number of different ways, from Instant Articles t0 Facebook Watch shows from media companies. However, Instant Articles have received blowback from publishers for the low monetization, and while they might eventually turn into a more-subscription based service, there are hurdles there too. And the Facebook Watch shows have hit their own advertising issues. So none of that necessarily solves the problem. And Murdoch’s plan has flaws beyond that, as Jordan Crook and Devin Coldewey detail at TechCrunch:

On closer inspection his suggestion is disingenuous. To publicly issue a carefully scripted statement with questionable insinuations (Facebook is equated to a cable provider) and very few details is more mud-slinging than muckraking. We’re not saying Facebook shouldn’t be paying somebody something, but this isn’t a realistic solution and I don’t think Murdoch really believes it is either.

…Facebook’s “viewers,” just off the top of my head:

If Facebook pays a carriage fee for the privilege of carrying content from the Hindustan Times, and it shows up as a Facebook Instant Article in an American’s news feed because a British PR firm paid for it to be promoted, because it wants to drive subscribers, and it does… who exactly owes whom what? Who is paying what, for what? Who determines what is “trusted,” and what would happen to sources that aren’t “trusted”? Should Facebook literally pay every site a fee for every one of its billion (or however many) users, for the possibility that someday, some item may show up in any of those users’ feeds?

You can see that this quickly descends into chaos. Murdoch’s suggestion is a horse and buggy solution for a company working on self-driving cars.

There are undoubtedly plenty of publishers upset with Facebook’s moves, and plenty who wish they were paid more by the platform. But it’s worth noting that Facebook, like Google (which Murdoch curiously mentions at first, then never brings up again), currently serves more as a referral service to publishers than as something using publishers’ content for their own gain or replacing publishers altogether. The ways those companies act as referral services can be debated and perhaps altered, but it would be very difficult and potentially costly for publishers to say “No, we don’t want our content to appear on Facebook or Google.” Now, they can bring in paywalls (like Murdoch’s Wall Street Journal) to make sure that people have to pay to read their full content, but even there, it’s helpful to have the excerpts appear on Facebook and Google to try and drive subscriptions to that paywall.

And that’s another case where the parallel to the carriage fees falls down. How much cable or satellite providers pay to individual channels is regularly debated, with the channels often going dark on particular services when the sides can’t agree. There’s leverage there; the channels are betting that viewers want their content and will demand it, forcing a deal (as we eventually saw with CBS and Dish last November). But for “carriage fees” to work with online content, there would have to be an ability for publishers to pull their content from those sites if they weren’t getting what they wanted, and there would have to be a threat of impact to business for Facebook and Google.

Even if one prominent outlet, like, say, The New York Times, did just that (ignoring all the technical challenges of how this would actually work), would there really be that much outcry from those getting The Washington Post or countless other newspapers in their news feed and Google results instead? Maybe something could work if a huge amount of publishers banded together, and that’s the idea behind things like Digital Content Next, but an out-and-out boycott of Facebook and/or Google seems unlikely given those companies’ importance to traffic and given the limited leverage publishers have. And it seems quite unlikely that Facebook would start paying anything like a cable carriage fee to publishers, unless it’s under a different Instant Articles or Watch setup, as there isn’t much incentive for them to do so. So overall, Murdoch’s comments are notable for bringing extra attention to publishers’ concerns, but they’re not exactly offering likely or practical solutions.