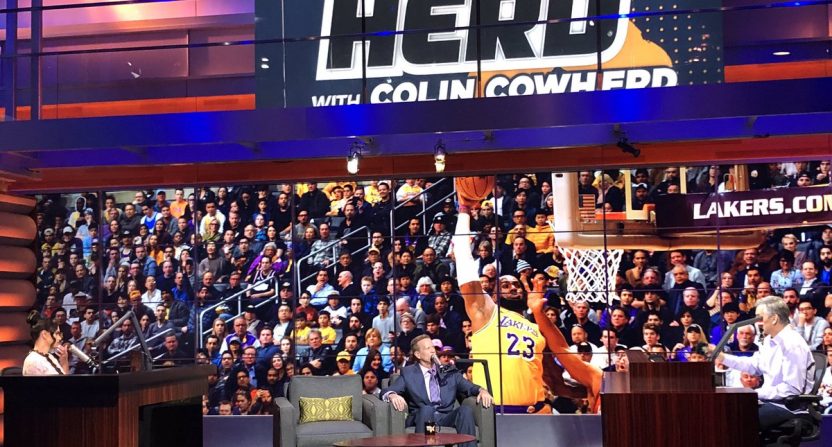 FS1 has added to their stable of NBA analysts. They have a number of former players who regularly appear on their studio shows, but they also brought in Chris Broussard from the reporting/analysis side a while back, and they’ve now added Ric Bucher. Bucher tweeted Saturday that he’s joining FS1:

Update: Bobby Burack of The Big Lead reported that Bucher was joining FS1 on a non-exclusive deal earlier last week, along with Chris Haynes, Matt Barnes and Cuttino Mobley.

Colin Cowherd also tweeted out a welcome to Bucher Saturday:

Couldn’t be happier. Great to have you on the team. @FS1 https://t.co/F9lCshx65V

Bucher has been at Bleacher Report since 2014, and has also worked for ESPN, NBA TV, Sirius XM, CSN Bay Area and many other outlets. His Twitter bio now reads “B/R senior writer. FS1 analyst, NBA et al, Bucher&Friends podcast host,” so it sounds like this will be in addition to his work at Bleacher Report, which makes sense with this being a non-exclusive deal. But expect to see a lot more of him on the various FS1 studio shows in the near future.