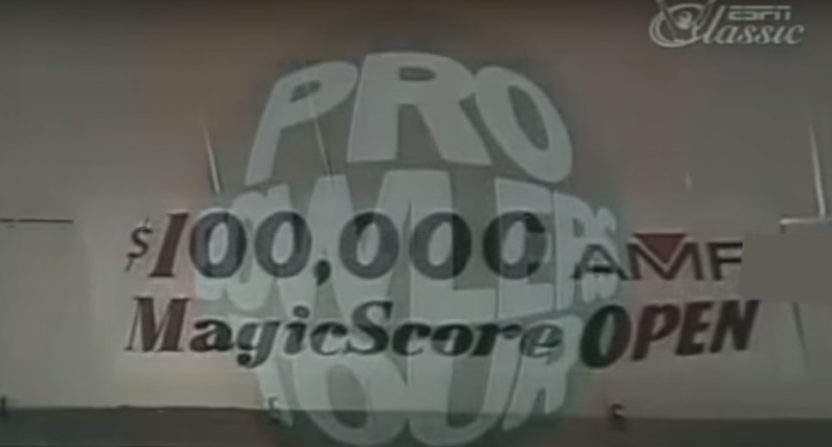 Bowling is coming to Fox. The Professional Bowlers Association and the network announced this week that they’ve agreed to a multi-year, multi-platform deal for the Go Bowling! PBA Tour beginning in 2019. The 2019 plan is for four two-hour PBA Tour shows on Fox and 25 on FS1. PBA Tour events had been shown on ESPN since the network’s formation in 1979 (a screenshot from a 1979 broadcast is seen above), and on ABC since 1962, so this is a pretty significant change.

The package will bring a substantial schedule of live PBA events to television, including prime time events and a new bracket-style, multi-week PBA Playoffs tournament that concludes with a unique PBA championship finale. The announcement was made by PBA CEO and Commissioner Tom Clark and William Wanger, FOX Sports EVP, Programming, Live Operations and Research.

“The PBA has been searching for the best possible broadcast partner to serve our fans, players and the bowling industry, and we have determined that partner is FOX Sports,” Clark said. “We are particularly excited that the PBA Tour returns to broadcast television, where it started 56 years ago, with shows on FOX next year.”

…“FOX Sports is thrilled to add the highly rated PBA Tour to our extensive lineup, joining other sport partners including the NFL, the FIFA World Cup, MLB, NASCAR, MLS, UFC, NHRA, Supercross, USGA, college football and basketball, and others,” said Wanger. “We believe that adding a FOX Sports look and feel to bowling will help bring the sport to a whole new level.”

…Both parties plan to supplement the broadcast and cable coverage of the PBA Tour’s premier events with live-streaming of preliminary rounds by PBA’s Xtra Frame online bowling channel as well as extensive use of the FOX Sports and PBA Network outlets including Facebook, Twitter, YouTube, Instagram and their respective websites.

This would seem to be part of Fox’s further emphasis on sports following the Disney deal, and that makes some sense for all parties. The PBA’s able to get back on broadcast television with this move, something that does still matter (while the broadcast versus cable divide isn’t as steep as it once was, broadcast is still more accessible, both with digital antennas and with its inclusion in various streaming packages that don’t offer particular cable networks) from an audience standpoint. And they’re able to get some primetime coverage this way, something that probably would have been harder at ESPN/ABC given the current programming slates there.

For ESPN, bowling was often used as NFL counterprogramming, which wasn’t necessarily great for its audience; that likely won’t be as prominent at Fox, which has NFL rights.

But there are some questions here, especially around the “FOX Sports look and feel.” What exactly is that going to involve, a glowing bowling ball? Cleatus the robot? “Sideline reporter” Michael Rapaport? Skip Bayless and Shannon Sharpe debating bowlers’ form? Rob Stone yelling “HAMBONE“?

Hello, can you hear me
I'm in California dreaming about who we used to be. #PBA #Hambone pic.twitter.com/SbqXI83I2M

I got your Hambone right here https://t.co/Z4NPqYWpYk

We’ll see if the Hambone does in fact make a return, and we’ll see how this goes for Fox and the PBA.