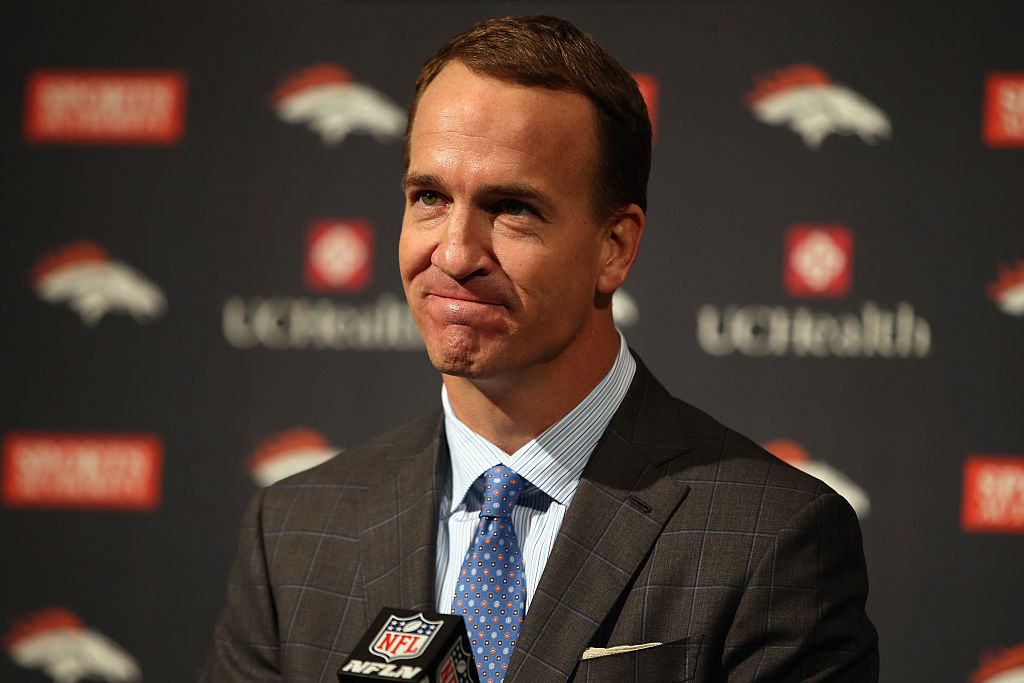 The long will-he-or-won’t-he saga of Peyton Manning and the broadcast booth appears to be heading towards a conclusion. Both ESPN and Fox were reportedly pursuing Manning and offering around $10 million annually, but Manning declined ESPN’s offer earlier this month. And now, it looks like we’ll find out soon if he’s going to head to Fox or not.

Michael McCarthy of The Sporting News writes that Manning “will likely decide this week whether he’ll call Thursday Night Football,” adding that Manning’s “soft” deadline passed Friday and that the idea of him calling Thursday games has plenty of appeal to Manning, Fox and the NFL:

Said a source: “Thursday is more appealing [to Manning]. It’s only 11 weeks . It should have a better game schedule than Monday Night Football. It leaves his weekends free too — which is important.”

…”Peyton is worth every penny. Advertisers love him — and the league wants this to happen,” said another source.

So Manning’s clearly the plan for Fox if they can get him to accept, and executives there have reportedly been pitching him hard, including when he drove the pace car during their Daytona 500 broadcast. But if he decides not to head to the booth, they do have other options.

As mentioned before, Jason Witten is under consideration, and Greg Olsen could be an option too; Olsen called a game for Fox last year while injured and worked as a studio analyst for ESPN ahead of the Super Bowl, and he reportedly auditioned for ESPN last week, but there are differing reports on if he plans to move to broadcasting this year or play another season. The same could be true for Witten, who’s under contract to the Cowboys through 2021 and making over $6.5 million annually there; staying in the NFL might prove more lucrative for him.

Another choice could be recently-retired Browns’ offensive tackle Joe Thomas, who seems set for a media career of some kind; he reportedly auditioned for ESPN and Fox already, and Fox execs were “very impressed.” as per Andrew Marchand of The New York Post. However, Marchand noted that Thomas’ studio work was reportedly even more impressive than his game analysis. Still, if these other TNF options don’t pan out, a source told McCarthy “Thomas could be the last man standing.”

We’ll see how this goes and who winds up in that booth in the end. There’s still a lot to be determined, including if Manning will take the job and who will wind up on play-by-play; Manning’s expected to have a strong say in who he works with, but if he turns Fox down, they might have more options for who to pair with a different analyst. At the very least, though, it looks like we’ll get some definite answers about Manning’s broadcasting career (or lack thereof) soon.