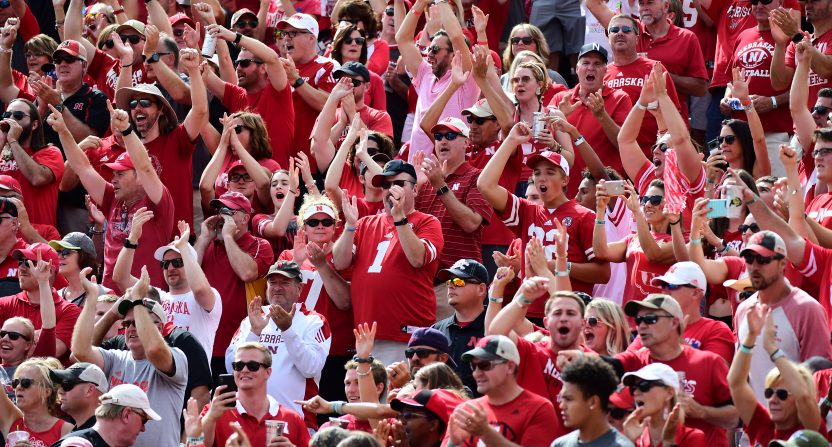 It’s been a wild day of college football. Not only have there been lots of upsets, but there have been plenty of overtimes and rain delays that have affected TV broadcasting schedules. That’s going to require some fans to doublecheck their local listings to confirm their favorite team is playing where they’re supposed to.

For example, viewers tuning in to FS1 for the Nebraska-Northern Illinois game at 7:05 p.m. ET will have to locate Fox Business instead.

Due to a weather delay in Ames, tonight's FS1 broadcast of @HuskerFBNation vs. Northern Illinois will begin on Fox Business at 7:05pm CT.#GBR pic.twitter.com/E9WR5547Yv

The reason? Blame the Iowa – Iowa State game, which was under rain delay for hours. That’s finally getting underway and keeping their spot on FS1. That said, if that game ends before Nebraska – NIU, it will likely shift back into its original spot.

ATTENTION HUSKIE FANS! Due to weather delay of the Iowa State-Iowa game, the @NIU_Football at Nebraska game can be seen on the Fox Business Network! Check your local listings. Or listen on the Huskie Radio Network including via @tunein!

As you might imagine, that’s a move that will upset some people, specifically fans of Nebraska and Northern Illinois, but it’s not unheard of. Fox has a history of moving games over to Fox Business when delays necessitate it. As for why they go to Fox Business and not FS2, there is already regularly scheduled sports-related programming set there that can’t be moved. In fact, the Pac-12 actually has an agreement with Fox where the overflow of their games must go on Fox Business Channel and not FS2.

Just guessing Fox Business Channel will have its highest ratings ever in the state of #Nebraska tonight. #Huskers https://t.co/XImlZVm2ZS

And for the record, Iowa State folks are having a lot of fun with the realization that Nebraska football got bumped for them.

Iowa-Iowa State moving the Nebraska game to a channel no one gets is one of the best outcomes from this weather delay. #IowaState #ISUvIOWA #CyHawk

Glad both Iowa and Iowa State fans can celebrate today the things that matter
.
.
.
.
Nebraska getting stuck playing on Fox Business