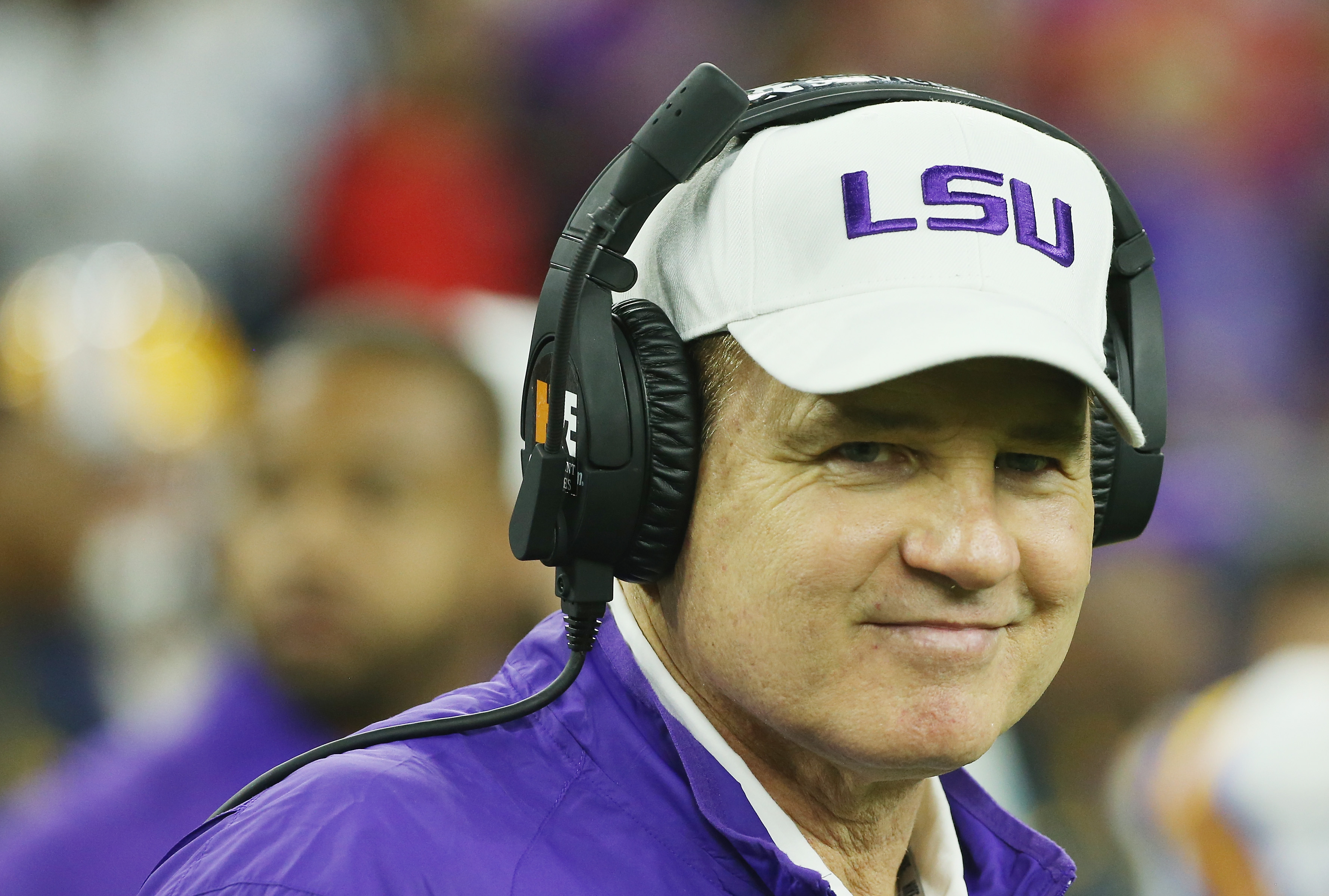 Fox Sports announced Tuesday that it had hired three new college football analysts. There is Danny Kanell, who we already covered Monday. There is former Oregon coach Mark Helfrich, the only full-time hire of the three, who will call a full slate of games next to Justin Kutcher and Petros Papadakis.

And then there is Les Miles. After months and months of (sometimes contradictory) rumors and reports, the former LSU coach is going into broadcasting, just like we all expected when he was fired in Baton Rouge last fall. Fox says Miles will call “select games” for the network, beginning with Northern Illinois at Nebraska on Sept. 16. He will work alongside play-by-play man Tim Brando and and analyst Spencer Tillman. While it flew under the radar, the move was actually broken a few weeks ago here.

But before Miles starts at Fox Sports, he has some obligations to fulfill at ESPN. The former coach had already agreed to appear on ESPN’s Ohio State-Indiana MegaCast on Thursday and on SEC Network’s SEC Nation on Saturday, and, according to an ESPN spokesman, he will follow through on those pledges. That means he will work for ESPN for a weekend, then immediately leave to call games for arguably its biggest competitor.

In case you want to relive the entire 11-month roller coaster of Miles’ television-network courtship, here’s a quick timeline for you:

All in all, the past year has been something like a patented Miles trick play, full of fakeouts and misdirections. And like many of those trick plays, the whole thing seems to have eventually worked out how it was supposed to.