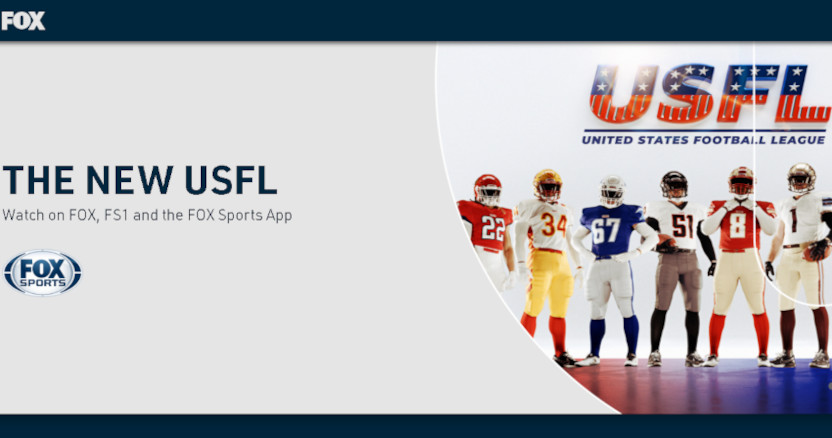 Perhaps the strongest indication to date that the new United States Football League will make it to at least a second season (something the original XFL, AAF, and 2020 XFL reboot all failed to do) comes from comments from Fox Corp. CEO Lachlan Murdoch to Axios’ Sara Fischer. In a wide-ranging interview that also touched on Fox’s streaming strategies, expansion of lifestyle content, and even their Tom Brady contract (Murdoch called Andrew Marchand’s reported numbers of the 10-year, $375 million deal for Brady as an analyst and ambassador “directionally right,” interesting considering Fox spokesperson Brian Nick’s previous comment that said report “isn’t an accurate description of the deal”; both of those things could still be true if the quibbles are with other elements of Marchand’s report, but we now know at least the number isn’t really in dispute), Murdoch made some particularly notable comments on their long-term USFL plan (since November, Fox has been described as the sole owner of that league, a shift from initial reports that had them with a minority stake , and the league is filled with executives from Fox backgrounds, including Fox Sports CEO Eric Shanks as chairman of the board). Here’s  what Fischer wrote about what Murdoch said on the USFL front:

The ratings talk is worth a little discussion. The ratings absolutely could be “surprisingly good” from Fox’s perspective if they’re above internal projections, but they’re not necessarily good in comparison to past spring football; the league’s opening game (an unusual Fox-NBC simulcast) averaged 3.067 million viewers across those networks, a drop from the XFL and AAF debuts on ABC and CBS respectively, and the rest of that opening weekend was also down compared to the XFL. And the 58 percent decline from Week 1 to Week 2 was also massive. The ratings haven’t necessarily been great since either: Week 3 saw drops, Week 4 saw some growth in Week 4, Week 5 (May 15-16) posting the lowest numbers yet (three broadcast network games all averaging below a million viewers, plus 250,000 for a USA game), but this past Week 6 showing some gains.

Yes, there are a lot of complicating factors with these ratings comparisons, including where games air. Two of those Week 2 games were on FS1, part of a Week 3 one was on FS2, there aren’t ratings publicly available for the Peacock-only games, and the AAF and XFL aired in all sorts of different places. But the overall story doesn’t appear to be unambiguously “surprisingly good,” at least from the outside. Past tweets from Fox executives Michael Mulvihill (executive vice president, head of strategy and analytics) and Robert Gottlieb (executive vice president, marketing) have seemed pretty pleased with what they’re pulling, though:

As many of you have pointed out, TV ratings are key to building this league. When comparing USFL viewership to a host of well-established, legacy spring sports properties (thanks @mulvihill79)… well that paints a very, very bullish picture about this leagues viability and value

So have you heard today’s big Fox football news?

And one further interesting development with the USFL is how frequently it’s discussed on Fox studio properties, particularly Colin Cowherd’s show. Many big USFL announcements have been made there, including the teams and the coaches. But Cowherd has continued to talk about the league regularly even without exclusive announcements, and he seems to have covered it much more than any other national show has. Here are a few of the many examples of that:

Where @ColinCowherd was right on the @USFL…

"This is the time for a new sports league to flourish." pic.twitter.com/bNBbzbEuU9

"When you watch USFL highlights, they look like Sunday highlights.” @ColinCowherd is all in on the USFL ?

.@ShannonSharpe reacts to Jaylon McClain-Sapp's INT in Week 2 of the @USFL:

"Normally DBs play that position cause they can't catch and here's a guy getting a 1-handed INT. You don't see that too often from the defensive side of the ball. This was a big-time play." pic.twitter.com/gm5OGx8JiN

And that does maybe illustrate an advantage with the USFL compared to past spring leagues. Fox’s ownership provides financial stability (which was a big challenge for the AAF in particular), but it also gives them significant incentive to discuss the league on their studio shows (even if some of the games are aired on NBC and its associated networks and platforms). And the tenor of that discussion is a lot different than some of the USFL talk elsewhere, like Pat McAfee declaring the league “so dead.”

At any rate, it appears that Fox currently plans to keep this league going for a while. That fits with previous reports of them committing $150 million over three years, and with Murdoch’s remarks that outside investors have “effectively underwritten” the league for the next two to three years, but commitments can change. It’s notable to hear Murdoch speak specifically about the USFL being a long-term play for Fox, though (it’s even featured on the main Fox Corp. website, as seen at top), and to hear that he envisions eventually selling some or all teams to local ownership. (Local support isn’t that notable yet, especially with all regular season games this year played in Birmingham, but the year two plan is reportedly for actual home games, and the league is already doing some outreach in the markets its teams are named for.)  We’ll see how that plan goes for them.