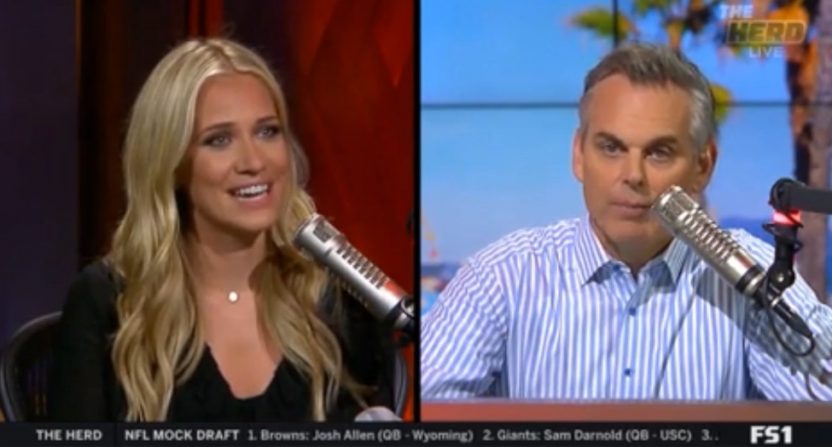 A change is in the works over at FS1. Kristine Leahy, who joined the network in September 2015 ahead of The Herd‘s launch that month, is leaving her role as update anchor/occasional commentator/”Best Thing I Herd” highlight show host/sometime LaVar Ball foil for a new program set to launch this fall.

She said goodbye to The Herd and host Colin Cowherd on air Wednesday:

“I’m really excited. I’m going to be having a new show, at the end of the summer beginning of the fall, I’ll be hosting it. But I just think that this is crazy, that this is happening, what we started. I’m going to lose it, I promised I wouldn’t lose my beep on this, but I will. We started, we were kind of this new thing at FS1, and I remember that lunch that we had together, and you took a huge risk, cause this was your show, you hadn’t had this role before. But now you do, and that was a risk, and I just can’t thank you enough.”

Cowherd then says “105 percent growth since you came on the show, what people may not realize is that three out of four weekends, you don’t hang out, you go work.” Leahy responds “No, I work, I work, but I’m just so thankful for this, that you’ve allowed me to be myself, and that’s all I can ask for.” Cowherd responds “I do wish you liked LeBron more, I’m not going to lie about that” with a laugh, and Leahy responds “I don’t, I don’t, I do wish you liked Russell Westbrook more. But you’ve allowed me to be me, and that’s all I really want to be on TV, and I wouldn’t have this opportunity now without you, and I’m just so thankful to the staff. I’ll probably do my goodbyes tomorrow, tomorrow’s my last day, but it just, it never felt like work to me. It just felt like fun, coming to work and debating you and it’s been amazing. This is crazy, but I’m excited for the next adventure.”

A staffer then brings in balloons and cake, and Cowherd says “And I’m excited for you, we felt fortunate to have you, Kristine Leahy, and we like balloons and cake on this show, we’re big believers in balloons and cake.” They then discuss the pictures on the cake, including one of Cowherd with duct tape on his mouth from FS1’s old The Herd promos, and Cowherd mentions the other work Leahy does, including hosting American Ninja Warrior and esports conventions, saying “Literally, you’ve worked for everyone but Bravo.” Leahy responds “Maybe I’ll work for Bravo too,” and adds “I hope you watch my new show,” and Cowherd says “Well, I will. It’s on this network.”

Two and a half years of moments like these, arguments about LeBron and Russ, and many life stories. Bittersweet to announce that I am leaving The Herd to host my own show starting this Fall on FS1. I am so excited to share details in the coming weeks, and I hope you’ll watch ❤️ pic.twitter.com/7qGOazBIdg

As per the details, there aren’t many yet, but Bobby Burack of The Big Lead writes that as per a Fox Sports spokesperson, it’s “tentatively scheduled to be a 30-minute daily weekday afternoon program, the specifics of which are still up in the air.” That raises some questions of where this will slot in. Fox’s current daily weekly afternoon programming (without live events; they currently have a bunch of Champions League and Europe League matches, but those move to Turner next year) is The Herd from noon to 3 p.m. Eastern, a rerun of morning show First Things First from 3 to 5, Speak For Yourself from 5 to 6 and NASCAR Race Hub from 6 to 7. Leahy’s show could take some of that time from the First Things First rerun, and it might make particular sense to put it immediately after the end of The Herd given that audience’s familiarity with her.

But it’s also possible this could lead to a shortening or a move for something like Speak For Yourself or NASCAR Race Hub, especially if FS1 has other new original programming in the works. Race Hub is one of the weirder fits in FS1’s current debate-heavy lineup, but it’s also consistently one of the network’s best performers from a ratings standpoint, while Speak For Yourself fits tonally with what FS1 is going for (and gives Jason Whitlock something to do between appearances as a Fox News pundit blasting ESPN) but has typically not done well in the ratings.

We’ll see if there’s any change coming to those shows, or if this Leahy project will just be an addition that takes the place of some of the departing live sports or the First Things First reruns. And at least there’s only going to be a few months of off-air preparation before this project launches, unlike, say, the 15-month journey around ESPN’s Get Up. 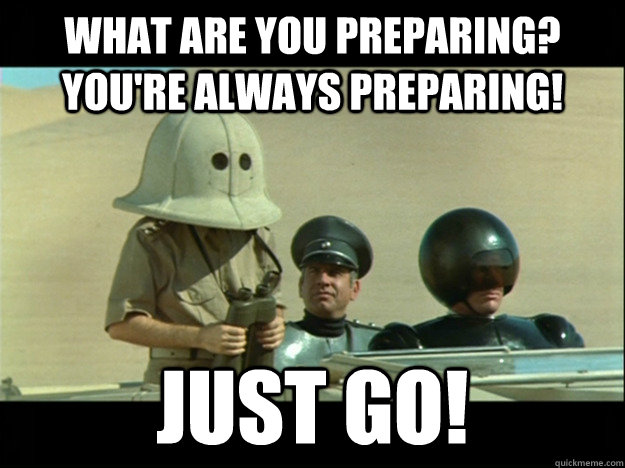