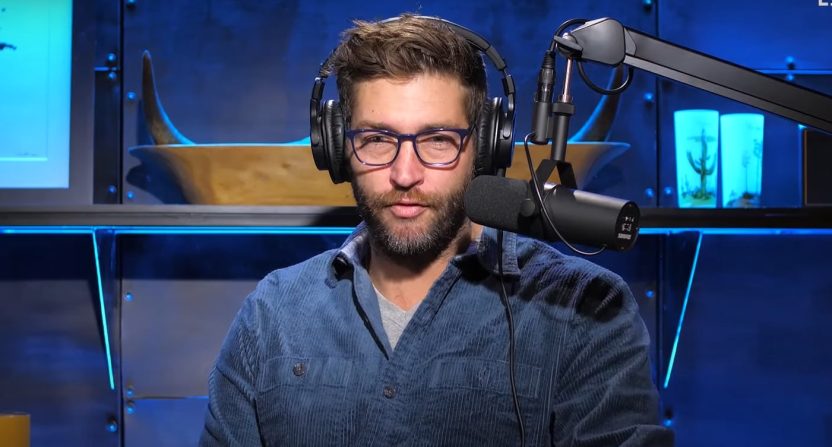 As he watches networks throw tens of millions of dollars at NFL broadcasters, Jay Cutler appears to be feeling a sense of seller’s remorse.

Five years ago, the former Chicago Bears quarterback was hired straight off the football field by Fox to be their No. 2 analyst behind Troy Aikman. Cutler would have been featured in a three-person booth, joining Kevin Burkhardt and Charles Davis. But shortly before the season kicked off, Cutler ditched the broadcast booth to quarterback the Miami Dolphins where he produced expectedly mediocre results.

Fast forward five years and Cutler wants to jump back into the pool of NFL broadcasters. “I would love to do it. I think it’s a fun gig. It keeps you in the game,” Cutler told Michael McCarthy of Front Office Sports. “If an opportunity arises, I would jump at it.” Cutler added that his agents have “floated” his interest in broadcasting to Fox, Amazon and others.

When Cutler gave up his broadcasting gig in 2017, he did so to make $10 million with the Dolphins. Networks have since shown a willingness to blow past that number for top analysts, with CBS paying Tony Romo $17.5 million a year and Aikman poised to join ESPN’s Monday Night Football booth for a reported $18 million annually.

Cutler presumably remains unvaccinated, which may have hurt his chances of landing a broadcasting gig last year because many stadiums required the jab. But as COVID numbers continue to decline from the Omicron surge, so has the prevalence of vaccine mandates.

With Aikman leaving Fox, Cutler could have been primed to fill the network’s top analyst void had the 38-year-old ex-Bears quarterback never spurned the booth for Miami. Now, it’s unlikely Fox would consider a rookie broadcaster like Cutler to replace Aikman, but that doesn’t mean he won’t be able to find a spot in the booth with one of their other broadcast teams.