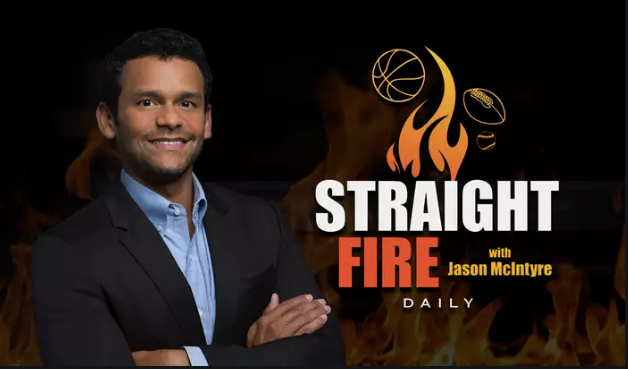 So this happened yesterday.

Punches thrown. I'm told Colombo got the better of him, and Judge fired him instantly. https://t.co/O2DmYNnkmW

Crazy story right? Not totally unbelievable given the same exact thing happened with Tom Cable with the Raiders. But many didn’t bite on the red meat here because of the source of this story, Fox Sports radio host Jason McIntyre.

Not long after McIntyre’s tweet, there was ample evidence that indeed we shouldn’t lend much credence to McIntyre’s “scoop.” These are just a few of the dozens of tweets from people who specifically cover the Giants and have sources in the front office and in the locker room.

I'm told by numerous sources that there was no fistfight between Joe Judge and Marc Colombo.

"Absolutely false in every way."

The #Giants aren’t even working in person right now. Everything is virtual. Just a complete made-up rumor. https://t.co/80O8rMx9BN

I’m told per sources this is categorically false. The #Giants deny this and have no idea where this story originated from … https://t.co/ztdrxr2J7S

Fox and NFL Network’s Peter Schrager also contradicted McIntyre’s report and, despite not tweeting at McIntyre, caught this drive-by sneer from McIntyre, who opted to spend the rest of his day ignoring his credibility being called into question and avoiding all media requests to defend the nuked scoop.

I’d say the same if I wanted to work again on a team next year. But 100% a fight

Here is the thing: regardless of the actual truth regarding the fistfight, it’s a major failure for Fox Sports. On one hand, you have an employee who randomly and inaccurately tweets out a major story, which is something most networks (not Fox) would take issue with. Most networks (but apparently not Fox) would offer a retraction if they reported something this wrong, and (more importantly) would have processes and procedures to ensure such a mistake wouldn’t be made.

The other alternative is almost equally as bad. In this situation, the story is somehow true, but Fox Sports purposefully chose to not believe one of their own, as the story never appeared on their ticker or on their website and McIntyre never appeared on any FS1 shows yesterday. What does it say that McIntyre had such an explosive “scoop” and Fox didn’t bat an eye at it?

I was on the fence about writing about such an obvious failure, but opted instead for a Twitter thread. But today, I just can’t ignore the situation anymore after McIntyre defended his debunked reporting on his podcast.

“Joe Judge goes to fire him and Colombo does not take it well. There was an incident. Led to a little fisticuffs and it was ugly and I hear this from a reliable source and you guys know me! I’m not out here, I’m not a reporter trying to break news left and right. That’s not my job. I’m in the opinion business. Okay? When I hear stuff that is juicy, yeah I’m going to put it out there.”

McIntyre continues his defense by explaining a time he has gotten an explosive juicy story right (the one he cites happened five years ago) and that people tell him stuff all the time because he’s a nice and fun guy. At one point, McIntyre ironically explains that “you’re only as good as your information. You guys know that, right?”

As to why the scoop had been debunked so thoroughly and why he won’t go onto any show to defend it, McIntyre had some additional humdingers.

“The local reporters covering the teams, they don’t want to look like they got scooped, they’re missing out on stuff. Then their editors go to them and are like “How can you not have this? How the hell can this guy get this?”

“I get invited on every show on New York radio. I refused all of them. What do I have to gain there? I’ll tell the story here on my podcast. You want to hear it? Come listen to me! And that’s that!”

So here is the thing: this is all really stupid. If you’re in the “opinion business,” maybe don’t break (or try to break) a major news story and label it a scoop. And if you do, maybe (just maybe!) find additional sources or loop in other reporters or editors at your organization. That’s how it works at nearly all media companies, including this one. Apparently, that’s not the standard at Fox Sports.

what are the chances Jason McIntyre, who I've never seen break a big news story, just accurately reported that the Giants head coach got into a fist fight with one of his assistant coaches?

Going back to my tweet thread I mentioned earlier, this is sadly nothing new for McIntyre. Over ten years ago at a sports blog conference, Spencer Hall  specifically pressed McIntyre on what he does in terms of confirming stories before he publishes them. Below is a very insightful transcript via MGoBlog on the contentious and still relevant exchange.

The other thing I wanted to do is I wanted to ask about sourcing. That wasn’t really a question, that was just a statement. I just wanted to have it and I have the microphone.

What do you do to source a rumor? What is a source for you? Do you advance faster than the standard three source or trusted source [garbled] in the media. What do you do, and what have you done in the past? This is two part question so you have to come back to me, and then I’ll give the mic to someone else.

After a few other panelists chimed in, the the fireworks started.

HALL: Yeah, but what would you [McIntyre] do? I mean, you break stuff. How do you verify a source?

MCINTYRE: Uh… it depends on the story.

HALL: Take the Mark Sanchez model story. [Laughter, including from McIntyre. Note: at this point Hall and McIntyre start talking over each other, so it gets a little confusing.] What did you do—

MCINTYRE: I did absolutely nothing. There are plenty of cases where I will do nothing and run with something and I’m wrong.

HALL: So you did nothing because…

MCINTYRE: I have made plenty of mistakes.

HALL: …I planted that rumor…

HALL: …and you just ran it…

MCINTYRE: That’s not… a few weeks earlier Deadspin had a story where—

HALL: That’s true. On April First. On April Fool’s Day. We just slipped that by the gate! We were like “maybe we can do this”!

MCINTYRE: Right. A few weeks earlier Deadspin ran a story about the Arizona State coach getting in a fight with Mohammed Ali and they basically got—

HALL: Right right right, but this is what you did. We’re not talking about what Deadspin did.

MCINTYRE: But everybody makes mistakes on their blogs. Yes, that was a bad mistake. That’s not even—

HALL: But it got you pageviews, right?

MCINTYRE: No it didn’t. It didn’t generate any pageviews.

HALL: It didn’t? Then why did you post it?

MCINTYRE: It was the middle of a Tuesday. That’s why I ran it.

HALL: That’s why you ran it? Okay.

That was ten years ago. Nothing has changed with McIntyre, other than he’ll run bullshit on Wednesdays now too and his grift now falls under the Fox Sports umbrella, who seemingly is fine with “when I hear stuff that is juicy, yeah I’m going to put it out there.”

That’s a good summary of both Fox Sports and McIntyre. I guess kudos to him for always being brutally honest about who he is. He’s never going to change and Fox seems inclined to keep their standards and culture low enough for McIntyre to continue grifting under their umbrella.