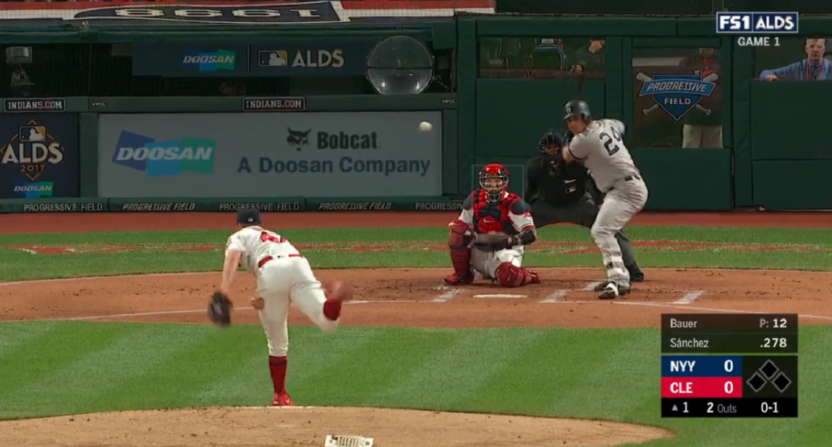 FS1 showed off a new scorebug for Game 1 of the Yankees-Indians ALDS on Thursday night in Cleveland, and we think it’s a good look. It’s a simple, yet effective look that appears to feature the same design and font as the new Fox NFL scorebug (debuted in the preseason).

The only complaint I have is that they show the hitter’s batting average on the graphic during their first plate appearance in the game, and you’d think by now we could focus on a far more valuable statistic like OPS or OBP (or just show the hitter’s slash line… or just get rid of that part of the scorebug altogether). Then again, the average viewer may only know the basic stats, so it’s understandable.

Here’s a look at the scorebug and what also seems to be a new graphic to display the hitter’s batting average, home runs, runs batted in, and OPS as they step in the box: 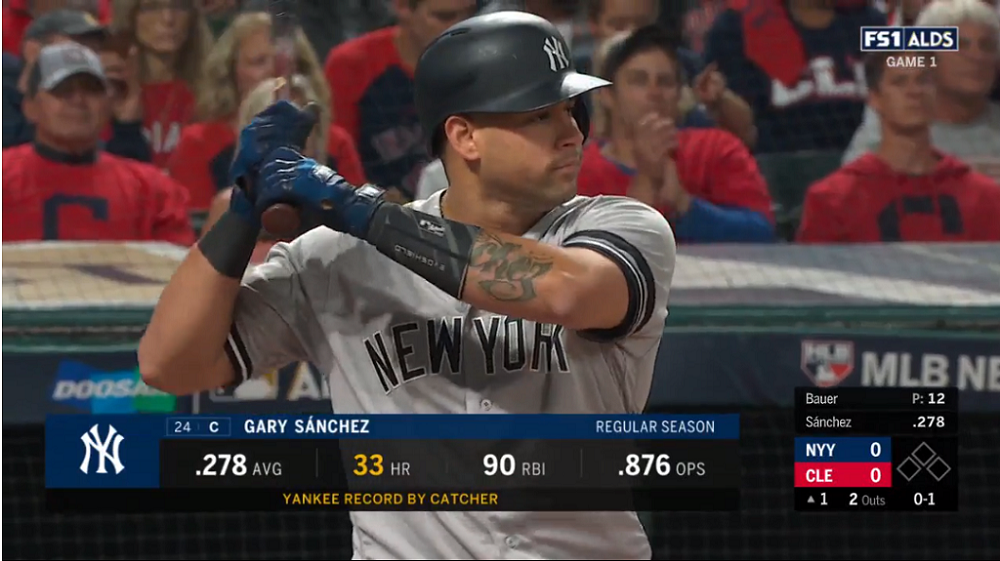 And compare that with this example of the old Fox scorebug: 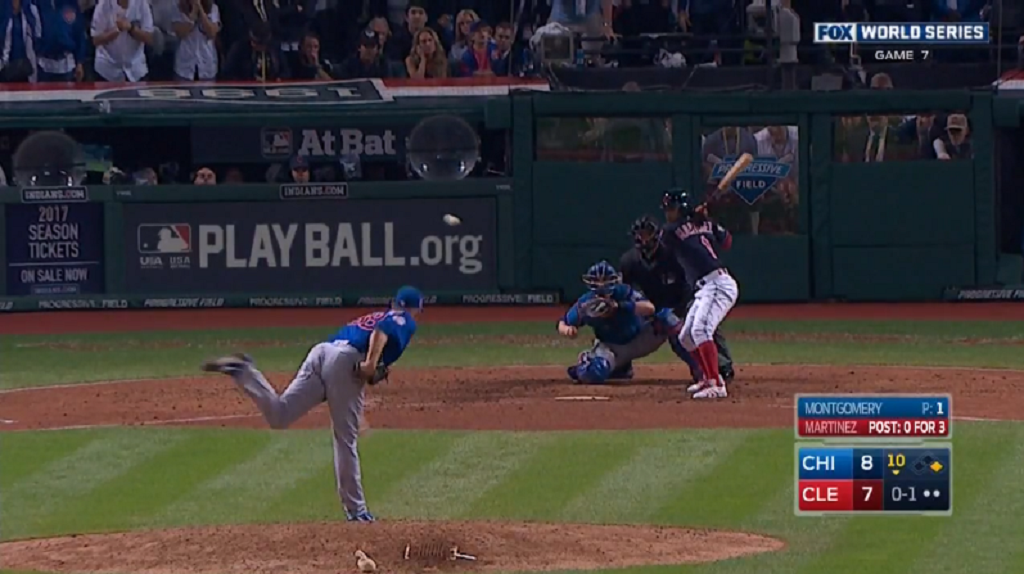 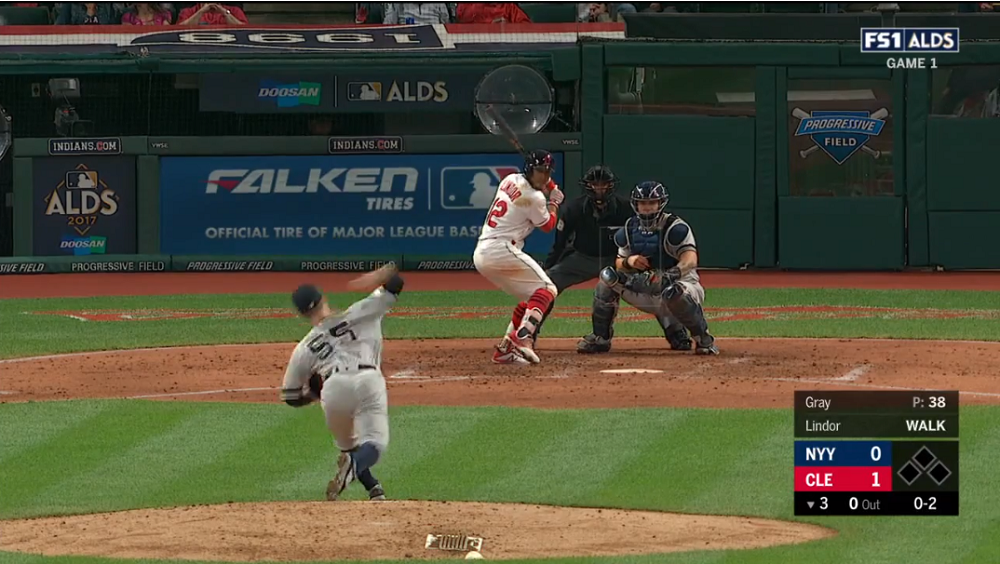 And here’s a look at how the scorebug looks with runners on base (in this case, bases loaded for the Indians): 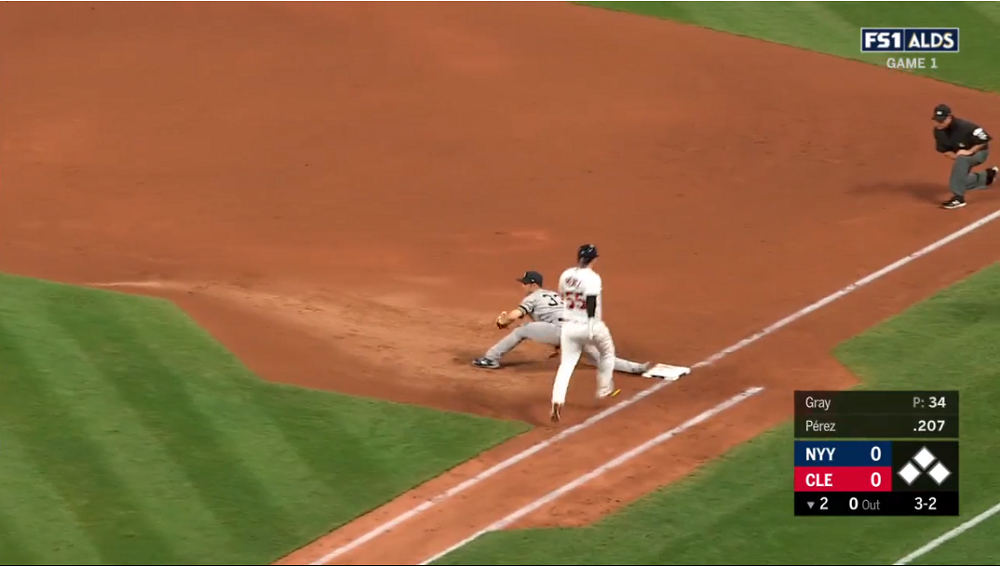 The response to the new scorebug has been mostly positive on Twitter:

I'm probably one of the only people who cares about this but the new FOX scorebug is quality stuff. pic.twitter.com/XDbOz4cMye

And fans definitely approve of the new Fox scorebug more than the new TBS scorebug.

That scorebug is approximately 1,000,000 times better then what TBS rolled with last night. https://t.co/HtkQhqX82O