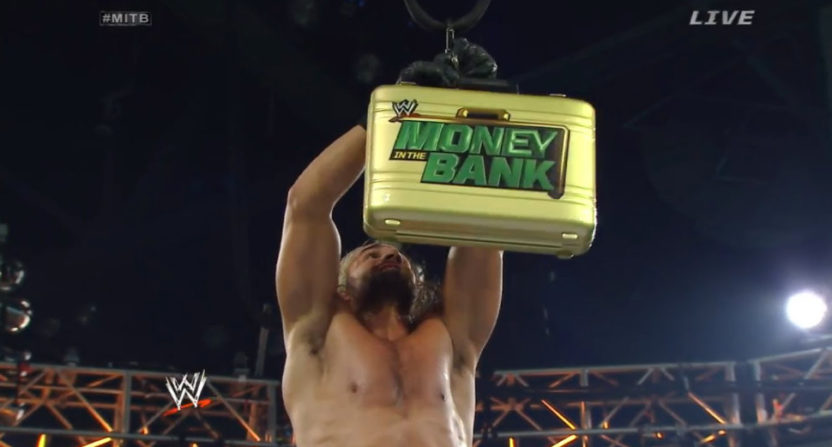 While the UFC’s push for a boost to up to $400 million annually in TV rights doesn’t seem to be going too well, a report suggests one of their somewhat-competitors could pull in that kind of cash, perhaps even from the network that had been paying the UFC. The competitor in question is World Wrestling Entertainment, the network in question is Fox, and there’s even talk that Fox might buy WWE altogether, not just its rights. WWE’s rights expire in 2019, and company executives had been meeting with companies like Fox, CBS, Disney, YouTube/Google and Amazon this summer; it looks like at least one of those meetings may have created some traction.

In the latest edition of The Wrestling Observer, Dave Meltzer reports that Fox has interest in buying either WWE’s rights or the entire company. That’s only if they don’t land a renewal from the UFC, but they reportedly didn’t offer that promotion much of an increase. Scott Heisel relays that news at Uproxx:

Meltzer reports that Triple H met with the head of Fox Sports a few months back, and that the network is interested in WWE’s broadcast rights if UFC decides to head elsewhere with their programming. There is even speculation that Fox would be interested in buying WWE outright, as they attempted to do with UFC before the price got too high, ultimately selling for $4 billion last summer.

If Fox were to score WWE’s broadcast rights — or even buy the company outright — the feeling is Raw would be aired on Fox proper, which would be the first time Raw has ever aired on network TV, while Smackdown would be moved to Fox Sports 1, and more WWE-branded content could end up on FS1 or Fox Sports 2 in place of UFC content. If this all takes place, it would mean Raw would likely be moved back to two hours, from 8 to 10 p.m., as many local Fox affiliates air local news at 10.

The whole deal, however, is contingent on whether or not Fox re-ups their deal with UFC. Meltzer mentions their offer to UFC is a shade over $200 million, which is not much higher than what they’re getting currently, and that there is speculation WWE could command up to $400 million in a new deal, just for broadcast rights.

Meltzer’s report also includes that WWE CEO and chairman of the board Vince McMahon doesn’t seem too interested in giving up control of the company right now, so the media rights deal seems perhaps more likely than an outright buy of all of WWE. But there has been some previous talk about McMahon possibly selling, especially back in December around his sale of 3,340,000 shares of Class A stock, which might be part of the talk of an XFL revival. And if McMahon wants to really focus on that and gets an exceptional offer from Fox, maybe a sale could happen. For now, though, he has a lot of control, as he still owns “32,193,375 shares of the Company’s Class B common stock, which represents approximately 82.8% of the Company’s total voting power and approximately 41.8% of the Company’s total outstanding shares of common stock.”

Even without considering the sale of the whole company, though, the idea of Fox buying WWE rights for $400 million annually would have quite the implications. For one thing, that takes away a significant amount of programming from NBC Universal (Raw and Smackdown both currently air on USA), and maybe makes them interested in the UFC as a replacement. For another, it would be fascinating if the UFC didn’t get the $400 million they projected and WWE did. There’s much more to the organizations’ relative health than their TV deals, of course, as both also rely heavily on pay-per-view events and subscription-based offerings such as the WWE Network and UFC Fight Pass. But this certainly would change the “MMA is killing wrestling” narrative that many have tried to float over the last decade.